Guest column: Johnny Gargano – ‘This is my moment’

By JOHNNY GARGANO – For SLAM! Wrestling

“Has Gabe Sapolsky contacted you yet?”

“He’s looking for young guys for Dragon Gate USA. Tell him I sent you.” 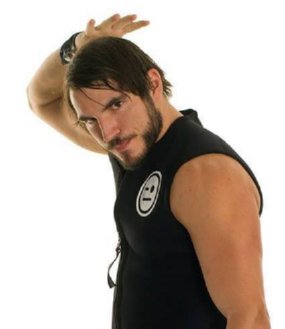 That was a conversation that Colt Cabana, and I had in Berwyn, IL, back in 2009. I emailed Gabe the next morning, and heard back immediately. He booked me on the first ever DGUSA event.

Everything seemingly happened so fast. There was so much buzz, and excitement surrounding the inaugural event, and the fact that I’d actually be able to wrestle on it blew my mind. This was my big opportunity. My one chance. I had to make the most of it.

Myself, and a couple of my traveling buddies left Cleveland very early in the morning to make the eight-hour trek to Philadelphia for the first-ever Dragon Gate USA event. I remember it was my Mom’s birthday, so the day before I bought her a cake, and set it on the table for her to wake up to. The drive was fairly uneventful, and we got to the arena right on schedule. It would be my first time wrestling in that historic building. As soon as I walked in I was instantly star struck. Looking around at the amount of talent in the building that night I started to question myself. Do I even belong here? I’ve worked my entire life for a chance like this … but was I ready?

I had to make the most of it.

I was involved in the preshow FRAY! hat night, which was basically a showcase for young talent. In a gauntlet match of sorts, I entered fairly early, and in the end it came down to myself, and Lince Dorado. He ended up getting the victory that night. Can I say I was proud of my performance? I don’t know. I knew I could do better.

After the match I sat up in the balcony, and watched the rest of the show. It blew my mind. What those guys were doing in the ring that night was magic. It opened up a whole new world to me. How can guys be this good? How is that possible? If I was going to last, I had to get better. I had to be as good as them. No, I had to be better than them. This was where I needed to be. These were the guys I had to hang with — and nothing was going to stop me from making that happen. 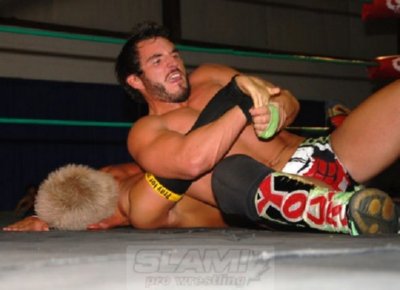 Here I stand almost six years later, and I’ve gone toe to toe, and held my own with Dragon Gate icons, superstars, and some of the best talent the wrestling world has ever seen. I was the first American to ever hold the Open The Freedom Gate Championship, a title I went on to hold for well over two years. A title I’ve defended over 20 times from England all the way to Japan, and back. I successfully reclaimed my title on WWN’s historic tour of China thus becoming the only man to ever hold it twice. I am synonymous with that title, and with the WWN brand.

Each year I’ve watched guys come, and I’ve watched guys go. I have remained the one constant. I am here because I want to be. I am here because I believe in the product, and I believe in the talent in that locker room, from Rich Swann to Ethan Page. I still experience that same magic I was talking about earlier when I watch these shows. It’s special, and I’m proud to be a part of it, and to represent this company as its face.

This weekend, I have yet another opportunity to make history, first off on Thursday night, March 26th, at EVOLVE 39 I’m defending my Open The Freedom Gate Championship against AR Fox, who was the first ever EVOLVE champion, and a man just as synonymous with this company as I am. It’s a match I’ve personally been looking forward to for a very long time.

I need to successfully defend my title, and hold up my end of the bargain because on Saturday, I go one on one with Drew Galloway in what could potentially be a title unification match. The biggest match of the year a part of the biggest weekend of the year. I take nothing away from Drew; since August he’s held the EVOLVE Championship with pride, and represented this company extremely well — but I’ve been doing that for YEARS.

Dragon Gate USA, EVOLVE, WWN, whatever, this is my home, this is my house. I may not be 6-foot-5, I haven’t been on national television for the past four years, and I haven’t been blessed with the greatest gifts, but what I can tell you is if you think you’re just going to walk into San Jose, and take what’s mine on my turf, Drew, you’d better be ready for a war.

Six years of hard work, from wrestling with no feeling in both my legs for 20 minutes to continually going out in that ring with a chip on my shoulder with something to prove whether there’s 15 people in the crowd or 1,500, giving everything I have until I just can’t give anymore. — it all comes to a head this weekend.

This is my moment. They say that opportunities are seized by those that attack. Well San Jose, California, Johnny Gargano is coming to attack!