Vanessa Kraven back with a vengeance 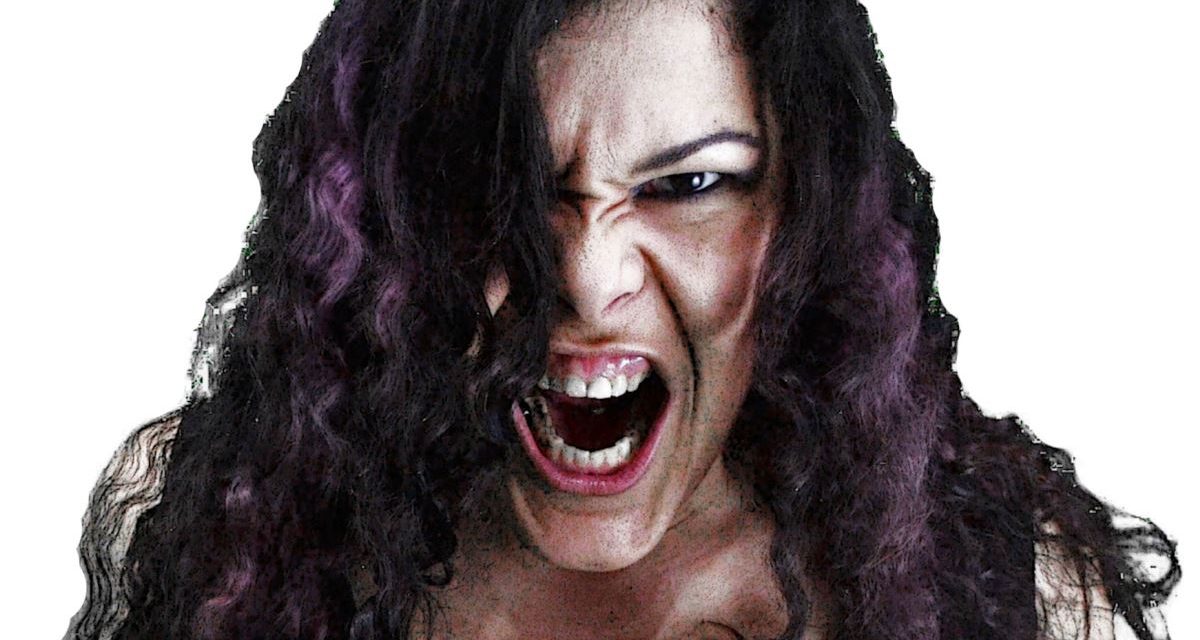 The women of the independent wrestling scene had it easy for a couple of years, as Vanessa Kraven had stepped back from wrestling, taking a break to heal mind and body. But she’s back with a vengeance now, and is finding her towering bad-ass persona in demand.

Truth be told, the Montreal native didn’t take a lot of convincing to return to the ring two years ago now.

“I started back because a friend of mine who was actually a wrestler asked me back. I gave it some thought, and my body wasn’t hurting as much as it was when I first decided to take a little bit of a break. So I decided, ‘Why not?'” Kraven recalled for SLAM! Wrestling. 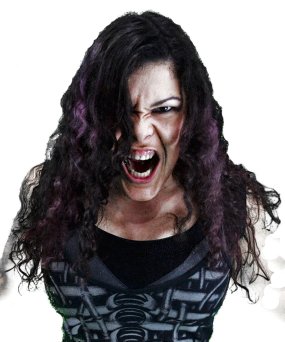 Since coming back, Kraven debuted with women-only promotions SHIMMER, NCW Femmes Fatales and Shine, and is in prominent roles in many companies, including Toronto’s Smash Wrestling, where she takes on Courtney Rush in a Chairs Match this Sunday. “It’s flattering to get continually booked anywhere,” she confessed.

Kraven’s career in wrestling dates back to late 2002, when she drove down the 20/401 to Toronto, for training under Ron Hutchison and his in-ring trainer Rod Boudreau. The training just didn’t last that long.

“I will say that I did enjoy my time there. I enjoyed it more for the camaraderie and the willingness to learn among students there, but I’m pretty sure Ron’s heart wasn’t really into teaching at that point,” said Kraven, who spent roughly five months learning her craft before returning to Montreal in the spring of 2003. Hutchison stopped running his school in June 2003. “I kind of had a little bit of a premonition thing going on and I could kind of tell that it was on its last legs.”

The assistant, Boudreau, wrestled as the outrageous Ms. B. Haven. Just the mention of him brings a chuckle to Kraven. As Ms. B. Haven. Boudreau would cavort seductively in full drag to the ring to the sounds of Shania Twain’s “Man! I Feel Like A Woman.”

“That song, I swear whenever it comes on, I always think of him,” laughed Kraven.

Having been around the business for more than a decade, even with her sabbatical, Kraven has seen a lot change.

“SHIMMER is having their 10-year anniversary this year in October, so SHIMMER was just starting out 10 years ago. There’s been a lot of room to grow within 10 years, absolutely. A lot of awesome women stepping on the scene, a lot more intergender matches. The big tough guy, ‘Oh, I’m going to spank the girl!’, it’s gone past that now. It’s moves, it’s legit wrestling matches, it’s entertainment. It’s come a long way.”

Kraven herself started working as a valet in Montreal, but was soon in the ring. She’s worked a large variety of people by this point, men and women.

Given her 6-foot height and commanding presence, she actually matches up better against many of the male workers, and adjusts to take on her own sex. 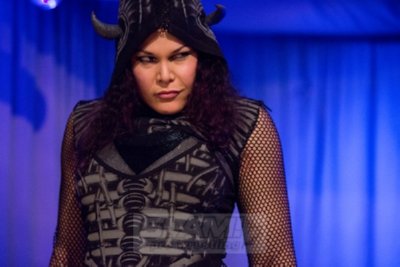 Smash Wrestling Managing Director James Kee addressed Kraven’s uniqueness. “She has a size that yells dominance,” he said. “She towers over almost all of her opponents. The moment she walks through the curtain she has this mean streak, and this aura about here that just says ‘It’s on!’, and whoever is in the ring with her knows they’re in for a rough night.

Perhaps not unsurprisingly, Kraven is often cast as a villain, having mastered a scowl beneath her trademark hooded ring gear. 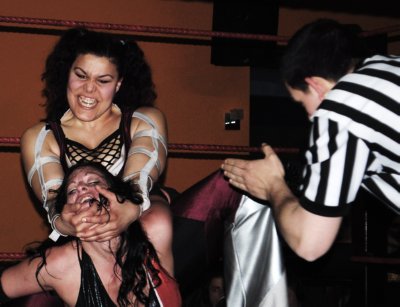 Does that translate to hardcore matches, like this Sunday’s Chairs Match with Rush?

“Heck no!” she quickly responded, launching into a story of her early days, on the road for Ian Rotten’s IWA-Mid-South. There, when a couple of girls couldn’t make it, Kraven was asked to participate in the Queen of the Death Match Tournament.

“A couple of his girls had dropped out, so I got asked to fill in. I had my first thumbtack match after that. [She lost to Rachel Putski, who later wrestled as Rachel Summerlyn.] I have never really been driven to be on the hardcore side of things — much respect to the people that do, because I think it’s insane and kind of interesting. I’ve really been one for accidental injuries, and I feel that accidents are just a little more likely to happen in something like a Chair Match or a Tables Match or a Hardcore Match. I’ve had little injuries here and there and I’d rather not jump to aggravate them. If it necessitates a Hardcore Match or a storyline needs some sort of closure or continuation, then I have no problem with it.”

“Geez, the leader of a team. I guess it’s just the way the storylines work out. I’ve been having the same issues with Rachelle over at Femmes Fatales since I made my debut,” she said, referring to an April 2014 event. “She’s just been a thorn in my side, so it’s about time that I assemble a team and take her on her little stable team and hopefully win, and I’ll get my five minutes to do my damage with Miss Rachelle. We’ll see about that.”

In both cases, with the Chairs Match with Smash Wrestling and the six-woman bout at NCW Femmes Fatales, Kraven is a featured performer.

“I’ve never been a spotlight-chaser so to speak. I’ve never wondered why I’m not higher up on the card or stuff of that nature,” she concluded. “I just want to get my stuff in, whether that means that I’m the first match or the main event, I’ll go out there and I’ll have fun and I’ll give the fans something to cheer or boo or whatever they want to do.”