Guest column: The Kimber Lee/Chris Dickinson video and Why are you wrestling? 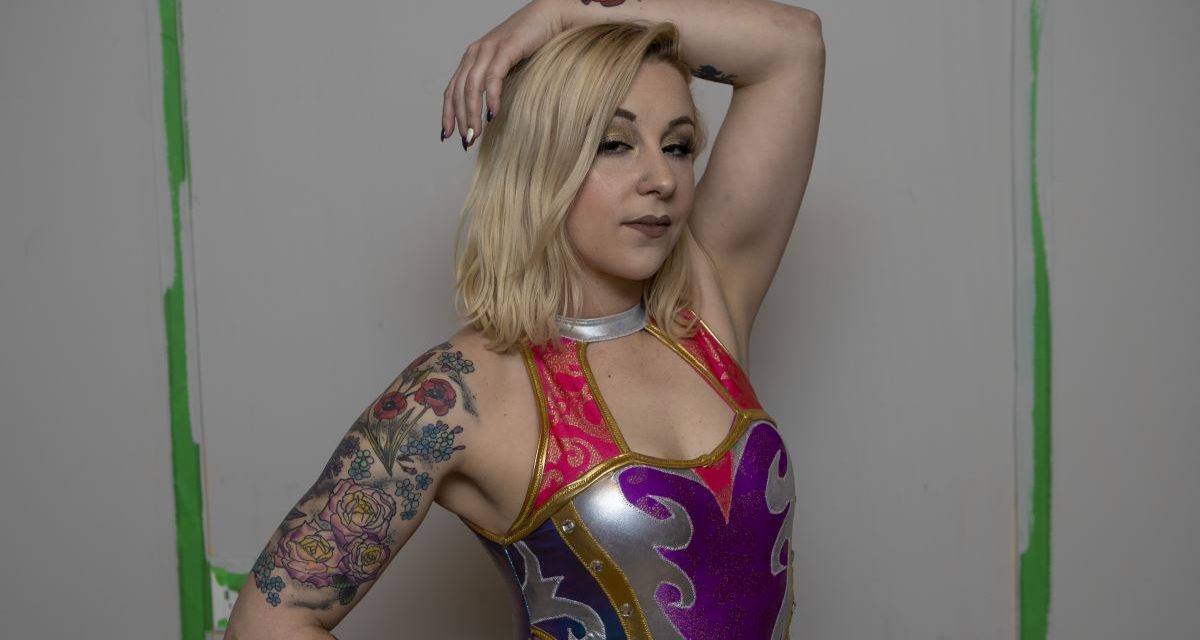 There has been a lot of controversy this week regarding a wrestling video that went viral featuring Kimber Lee and Chris Dickinson. I’ve been asked a lot about this video and what I think about it. I’ve read a lot of stuff about it too. Some people think it’s disgusting, some think it’s amazing.

I rarely share my thoughts. Hell, I don’t talk much period. Some people even told me it was a shame because I should talk and share my thoughts a lot more being in the sport for so long. I should play the vet card which I never do. However, with this video and the reactions regarding to it, I just felt I needed to talk about it.

It hits close to home.

What you see in this video is nothing new. I did the same kind of things over 10 years before, even worst. In professional wrestling, especially Indy wrestling, it doesn’t take long for people to forget about you. Even if some people don’t want to admit it, athletes at the Indy level, their achievements and what they’ve done are quickly forgotten, which brings me to why I’m writing this little column/ blog or whatever you want to call it right now.

Before going further, one thing that people, fans and workers, must understand is that you cannot base your judgement on gender when it comes to the Kimber/Dickinson situation. This is 2015 and if Kimber Lee decided that she wanted to take the shots, she is a grown woman and she knows what she’s doing. Was the spot dangerous, too much? Yes, it was. She was about two inches away from breaking her neck. Period. However, the only person accountable for what happened is Kimber Lee. You can probably say that Chris Dickinson should also be taken into consideration as well. However, she chose to go with the idea and that is HER choice, as I did chose in the past to fight in very dangerous matches and do extremely dangerous spots, and we must respect her choice.

A lot of female wrestlers, including myself, feel that they need to push the limits to be accepted in this men’s world. We want to be taken seriously and we want people to see us as equals to our male colleagues. We will do crazy things only to prove that we are worth as much and that we are not the weaker sex. All this in the hope to be seen as a wrestler/ worker… Not someone who’s “good for a girl.”

With that being said, here’s a question I’m asking all female wrestlers out there: Why are you wrestling and what is your main goal?

My main goal was to get signed. Anywhere, it didn’t matter. I wanted wrestling to be my main job.

Today, at 35 years old, I gave everything I had to wrestling. I sacrificed health, relationships, family and so much more. I did everything I could to be seen as a credible fighter and I wouldn’t say no to ANY spot. I wanted to prove people wrong and that I too, could do it. I was sick and tired to hear my step-father telling me that wrestling was not for a little fat girl like me and that I wouldn’t do anything good in life. I wanted to prove those workers who, the day of my first match as I was getting ready to cross the curtain, spat on me saying I was a piece of sh– and that I would quit within a year. I got injured but would still wrestle just so people would not call me a “p—-” and remind me that wrestling was not for women.

Well today, after 18 years of hard work, sweat, lots of blood and tears, where all this got me?

The reality is that even if I did accomplish a few things, I never made it to my ultimate goal and you know what? Those crazy and dangerous spots I did in the past are probably a good reason why I’m being completely ignored. Why would anybody want to take a chance on me knowing my body has suffered so much? Even if none of my injuries are preventing me from wrestling in what I believe are pretty good matches, they are there. I wake up sore and my knees are cracking every morning because I was too dumb to get the complete ACL/ meniscuses replacement surgery when it was time to get it. I was too scared to lose my spot and prove people right that I was a no good, weak piece of sh–. 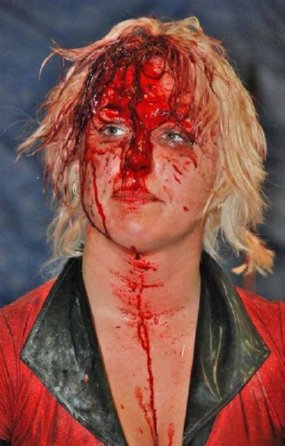 Lufisto after the IWA Queen of the Deathmatches in 2007.

I was very proud back then but today, I just think I was a f—ing idiot. I sacrificed my well-being for a sport that doesn’t want me, probably because of my reckless and suicidal behaviors. Looking back, I wish I would have pushed my limits in the gym like I do today, years too late, instead of bothering to prove how tough I could be in the ring… Mostly to a–holes who were not worth it.

You know Randy the Ram from the movie The Wrestler? Well, that is me. Still fighting against I don’t know what, hoping someone, somewhere will finally give me a chance at showing what I can do on a bigger stage. I keep telling myself that it is impossible to go through so much without having the big pay day at the end … Well, reality is that it seems that this pay day for all the sacrifices will never come.

I see a lot of people I shared locker rooms making it or at least, given a chance at a try out. Although I’m extremely happy for them and proud, the fact is that I go to bed every night feeling like a failure, wondering what my father is thinking about his disappointing daughter as he is maybe watching from heaven. I’m not bitter yet but I am extremely sad all the time. In the future, I just see nothing.

I know this might all sound dramatic but this is how I feel. And don’t give me the “Well, you’ve been there, you’ve won this …” I’m sorry but it doesn’t matter when you don’t reach your goal. I believe that when you are into something, you are in it to win.

Fact is, my stupidity in pushing my limits, proving people wrong, saying “yes” to all the spots got me NOTHING in the end. I’m still not beautiful enough, not in shape enough, now not young enough and too broken…

So you want to do all those crazy spots? Ask yourself why you are doing it and especially, what’s your MAIN goal.

You dream about being signed?

Well, this f—ing crazy and stupid spot or shot… Just don’t do it!

And trust me, as most of the Indy wrestlers, you will be forgotten anyway … But your body will still hurt until you die and that is, if you are still aware of what’s going on around you with all those shots you took on the head.

EDITOR’S NOTE: If you don’t know who LuFisto is after reading this column, then you need to read it again. Learn more about her at lufisto.com, but consider this — she was the one who brought down the Ontario Athletic Commission on regulating wrestling.