Mat Matters: Why Ox Baker was at my wedding and other memories 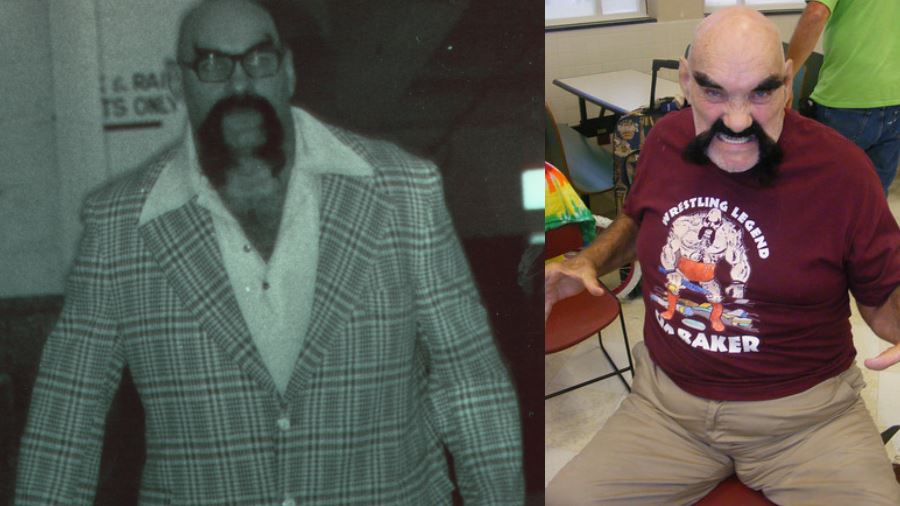 It all started with an action figure.

In 1999, my husband Mike and I met Ox Baker at an appearance at a local car dealership. Mike had customized an action figure in the likeness of Ox to give to him and needed Ox to sign his George Napolitano books.

The figure and autographs weren’t the only things exchanged that day. Phone numbers and ideas were shared and a close friendship began. 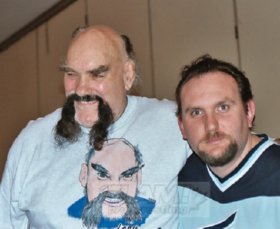 It wasn’t long before Ox started visiting us at our home. During his visits, Mike and Ox would work on projects such as shoot interviews and commercials, but would end up spending most of the time reminiscing about old school wrestling. Mike got more involved in helping Ox get booked at conventions and shows. We became Ox’s touring entourage.

In 2001, Ox attended our wedding. Our other guests kept talking about “The Man in Black” and how he tried to object to our marriage during the ceremony when our Officiant asked. Luckily his wife was by his side to keep him seated. That may be the only time I heard the never-outspoken Ox Baker hold his peace.

In 2002, Ox took us to Las Vegas, on his own dime, where he was to be honoured at the Cauliflower Alley Club banquet. I am sure you can imagine what it’s like to be confined in an airplane for several hours next to Ox Baker! We were greeted at the airport by The Russian Brute and transported by limo to the hotel.

Mike and I had never been to a gathering of wrestling legends before this. To meet our favorites from yesteryear such as Stu Hart, Lord Alfred Hayes, Killer Tim Brooks, Larry “The Axe” Hennig and several others was a thrill for us. I met George Napolitano and watched as he perused the wrestling books at different vendor tables and pointed out which photos he had taken. At that moment, I decided I wanted to be able to do that same thing with my own photos. I wanted to be a pro wrestling photographer.

Ox and Mike collaborated on several projects. Ox paid tribute to his fallen comrades with a cookbook full of larger-than-life recipes with serving sizes that would leave an entire locker room of wrestlers with leftovers. As anyone that has attended a fan fest with Ox can attest, not only would he draw your attention with his boisterous personality but also with his singing.

In our home recording studio, Mike produced Ox Baker’s song “Old time Wrestling Blues.” The cookbook and CD were popular items at Ox’s merchandise table, along with the different styles of t-shirts. 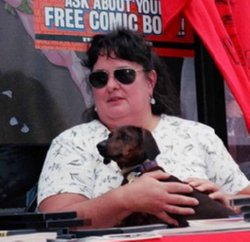 Also popular at his table was his dachshund Brindle. Seeing such a big man with such a little dog guaranteed a smile on your face. Always at his side was Ox’s true love, his wife Peggy Ann, who passed away in 2010. During his ringside promos, as much as he would put me over, he would proclaim his love for Peggy Ann tenfold.

Over the years, Ox and Mike remained very close and had really great times together. We would occasionally meet for dinner, holidays and other non-wrestling functions.

At the Legends Fan Fests in North Carolina, just seeing Ox interact with all of his old friends put a smile on Mike’s face.

Ox commented, “I could never get a win in Texas.”

Gary Hart responded, “I didn’t put you over my main man Brody for the Texas title.”

Ox followed with “Oops, I meant to say Florida.”

Humperdink added, “You, me, and Superstar tore up Florida!”

At an indie show in New Jersey, Steve Corino was facing Scott Steiner. Fortunately for Ox, Jack Victory was unable to be there to be Corino’s manager. Corino even took the “dreaded” Heart Punch. Ox remained active on the independent circuit even with his health issues.

Two weeks ago, we visited Ox at his home to see how he was doing. We could tell over the phone that his health was worsening. The evening was spent discussing wrestling, finding new talent, and even opening up a t-shirt business. He filmed a few promo videos, each spot-on during the first take.

That was the last we saw him.

Mike kept in touch with him over the phone, as did several of his brothers in the industry. There had been a recent outpouring of support from wrestlers based in New England that would check up on him and keep everyone updated on his condition.

Until the end, Ox was still offering advice and training to those that listened. Ox was a generous soul who took care of his friends and family.

It’s going to be a little more quiet at conventions and shows without Ox but his memory and legacy will live on forever.

His tagline may be “I love to hurt people” but I know that he really just loved people. 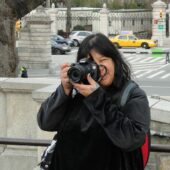 Christine Coons is a long-time photographer from the northeastern US. She loves Duran Duran. Check out her work at https://www.coonsphotography.com