A ‘lovely’ trip with ‘Rotten’ Reggie and ‘King Kong’ Mosca 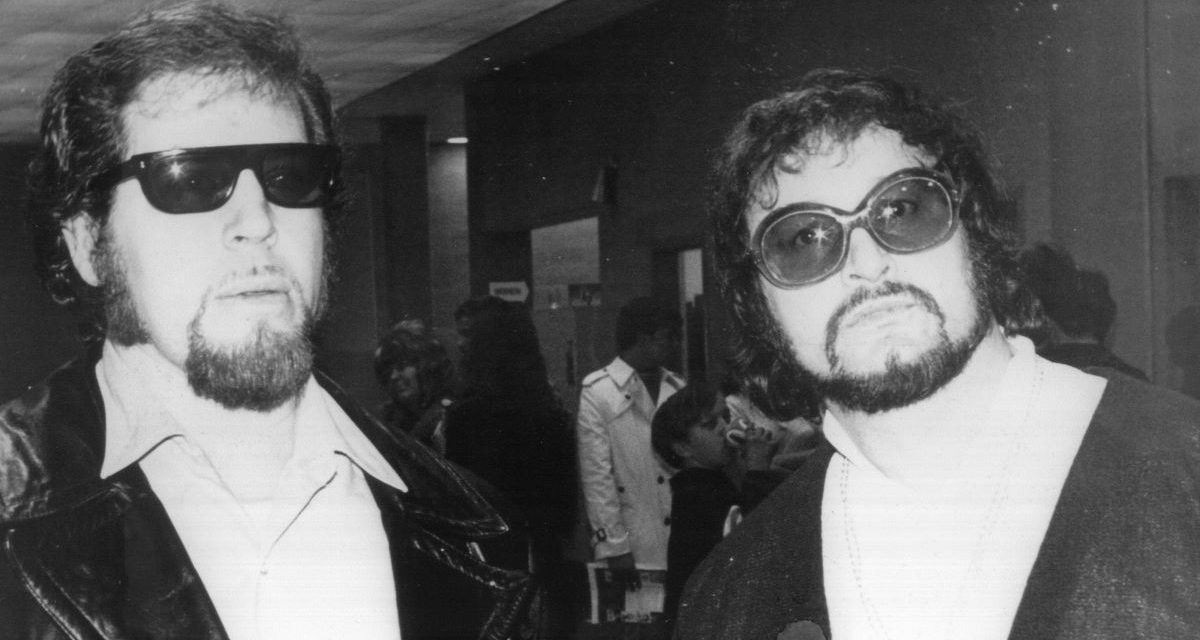 For the recent Titans in Toronto dinner, this long-time fan was tasked with driving Angelo Mosca and Reggie Love to and from the event. Talk about an adventure!

It was sort of strange to stand at the front door of a Canadian cultural icon like Mosca. I felt very nervous when I was invited into the Mosca domicile. I soon learned that I had nothing to worry about as Big Ang turned out to be a heck of a guy. 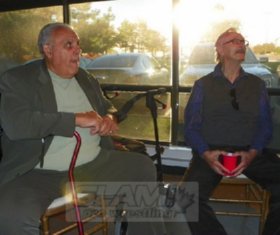 While we travelled to Burlington to pick up Reggie Love, there was never a moment of dull conversation as Angelo talked about his career and about his contemporaries. I loved filling in some of the details in the stories or adding a question or two. At one point Mosca turned to me and said, “How do you know so much about this stuff?” The wrestling nerd in me was full of pride.

In Burlington we picked up Reggie Love (Johnny Evans) at his beautiful retirement residence. Walking in to the place with Mosca certainly gives you the idea of the influence he has had on people over the years. The residents became a little star struck with the big guy around. One lady even chased into the elevator to talk with Mosca.

When Reggie and Angelo saw each other they were so excited. They talked as if they had been separated but for a few days. The reunited friends were so happy to be heading to the dinner together.

At about this time I became an afterthought and was merely an eavesdropper on decades of fabulous wrestling stories. They talked about the intricacies of selling, building a program, which wrestlers were top notch, promoters and pay-offs. Love even told me about the type of heat the Love Brothers used to generate. Being shot at twice by fans tells me they were doing their jobs right or maybe too good. The conversation never dragged. I was in wrestling fan heaven.

We arrived at the venue two hours early so Love and Mosca could be interviewed for a documentary about Sweet Daddy Siki. These guys really respected Siki as a wrestler and as an upstanding person.

I found the next few hours to be a bit of a blur as I was introduced to retired and current wrestlers, fans, referees and fellow reporters. Seeing the heroes of the ring wars embrace in joy was a frequent occurrence. 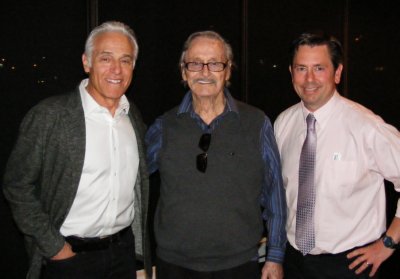 At the Titans in Toronto dinner, which was a fundraiser for the Professional Wrestling Hall of Fame in Amsterdam, NY, I had the pleasure of meeting Jimmy Korderas, Sweet Daddy Siki and Bobby Bass. Bass regaled me with stories of working the territories across Canada. I also enjoyed meeting with SLAM! Wrestling writers and photographers. Many of them only existed to me in bylines and emails. I was not disappointed in the quality of people I work with.

Soon enough Mosca, Love and I headed home. On the way back we listened to the Hamilton Tiger-Cats game on the radio. It was then that I declared my loyalty for the Toronto Argonauts and more than a few curse words came my way.

What a night! Two guys I respected as wrestlers turned out to be great human beings as well. Maybe we can do the road trip again to the next Titans in Toronto dinner?

Caleb Smith had a fun day with Mosca and Love. He also enjoyed his time chatting with Dan Murphy of PWI about moonsaults off of backstops. Maybe Caleb will be able to be in the SLAM! Wrestling team picture next time.