Agnew lays down The LAW on ‘Tiny Talent Time’ 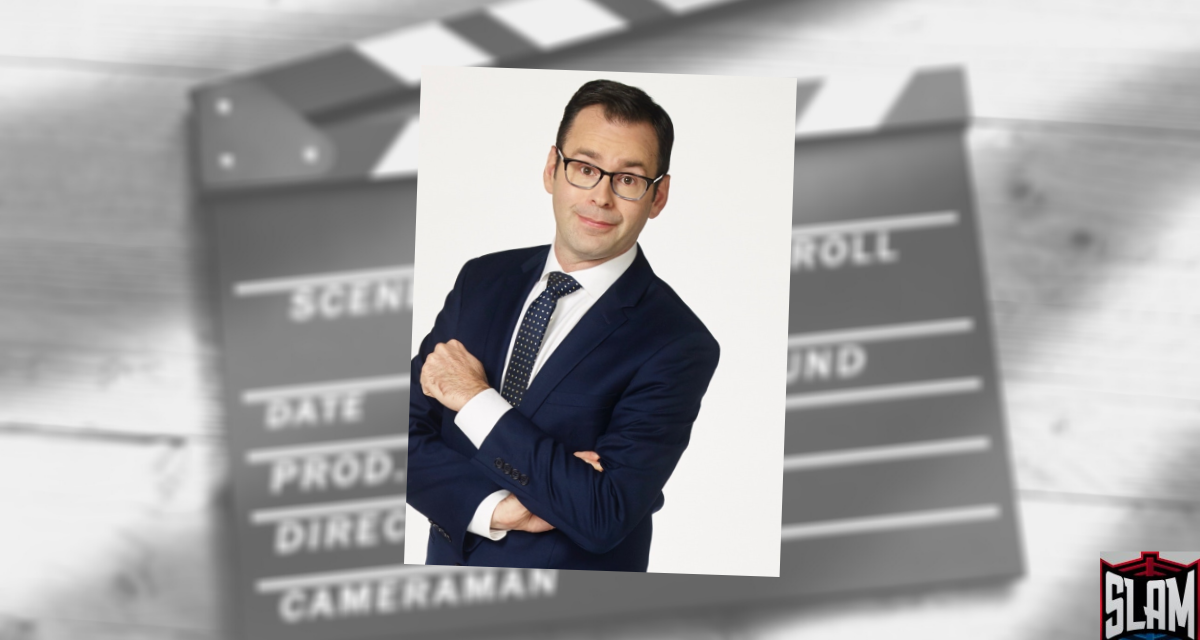 Jason Agnew is best known in wrestling as the co-host of one of the most successful wrestling radio shows in North America, The LAW, otherwise known as Live Audio Wrestling. Each week Agnew and Dan Lovranski pass on all of the latest news about professional wrestling and mixed martial arts. Lately Agnew has been in the spotlight for another reason. He is the co-host of the rebooted and beloved Southern Ontario show Tiny Talent Time.

Tiny Talent Time first hit the airways on Hamilton’s CHCH TV in 1957 and ended its first run in 1992, featuring children preforming their talents for the television viewers. The 2014 edition, featuring Agnew and Jaclyn Coville as co-hosts, has all the same fun an innocence of the original.

The job of taking over an iconic Canadian television show just didn’t fall into Agnew’s lap; he had to do a 60-minute Broadway on his way.

Not to be deterred Agnew formed a plan. “A couple of my buddies had a VCR and it was around WrestleMania II,” said Agnew. “They would tape Saturday Night’s Main Event. I distinctly remember two matches. One was the British Bulldogs versus the Hart Foundation and the time where Uncle Elmer was getting married. Eventually after just being persistent I broke my mom down and she started to let me watch wrestling and ever since then I’ve just been hooked.”

In the late 1990s Agnew was a film and media student at Ryerson University in Toronto. A big wrestling fan his whole life, Agnew listened to The LAW, hosted by Jeff Marek, for his weekly grappling information fix.

After listening to the show a few times while at Ryerson, Agnew wanted to get involved and emailed Marek to ask if he could be an intern on the show. “I was taken aboard as an intern with The LAW and from there it progressed to a job with the Fan 590,” recalled Agnew. Within a few years Agnew was given the opportunity to co-host the LAW on Sunday nights while Marek covered the Saturday show. Once Marek accepted a job with Hockey Night in Canada, Agnew became the permanent co-host of The LAW. 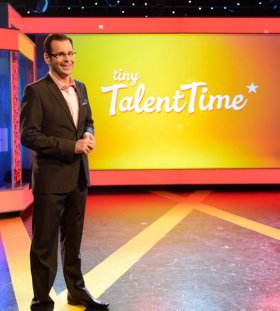 Tiny Talent Time has been a fun job for Agnew. He gets to be the face of a show that has been adored for generations. “If you are anywhere above the age of 35 you remember growing up with this show on Sunday afternoons,” said Agnew. As part of CHCH’s 60th anniversary it was decided to reboot the kid’s talent show and it airs on Saturdays at 7 p.m. “I was lucky enough to audition and be selected as one of the hosts of this new show.”

“With Tiny Talent Time I’m there amongst the kids,” said Agnew. “I meet them before they go out on the stage. I am with them on the stage and I interview them before and or after they do their talent whatever that may be singing, dancing, Rubik’s Cube, baton. I get to hang out with the kids and see their eyes sparkle as they head out to the big stage. It is really cool interacting with the kids because it is such a big deal to them.”

While Agnew enjoys Tiny Talent Time, he has found a way to keep wrestling a part of the show. “I grew up watching CHCH. That is where I got my wrestling. I got it on Saturday afternoons and Saturday nights,” said Agnew with enthusiasm. “I think it was Maple Leaf Wrestling in the afternoon and then WWF Cavalcade on Saturday nights at 7 p.m. where you get the Maple Leaf Gardens feature or the Copps Coliseum feature. Billy Red Lyons did all of those interviews with the guys (wrestler promos) and he would also just run down the card and he’d always end it with, ‘Don’t you dare miss it.'”

Billy Red Lyons’ sign-off catchphrase was a fun part of every WWF wrestling show on Southern Ontario TV. “It was a very special piece of my childhood and also for wrestling fans a very recognizable phrase,” said Agnew. “In the first episode of Tiny Talent Time I snuck it in right at the end of the episode. I made sure to say ‘Don’t you dare miss it’ because I thought it was a fitting end to end the show I grew up with on CHCH with the catchphrase I grew up with on CHCH and an ode to Billy Red.”

Jason Agnew is knee-deep in the entertainment world. On one side he has the behemoths of the wrestling ring and on the other side he has cute children singing and dancing and he loves every minute of it. Don’t you dare miss it!

The LAW unbroken after 15 years