Wrestling has lost another member of its fraternity on Wednesday, as Sean O’Haire passed away at the age of 43.

Although the cause of death wasn’t immediately revealed, E! News reported later Wednesday that O’Haire’s father found his son hanging from a bedpost.

It was Scotty Riggs, another WCW alumnus, who broke the unfortunate news to the Twittersphere. 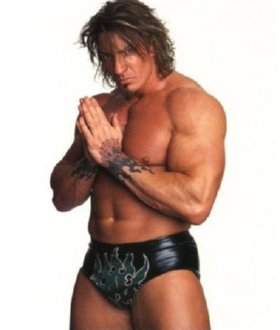 “Just got a message that former wrestler Sean O’Haire has passed away. #RIPSeanOHaire,” Riggs posted.

Tributes to O’Haire (real name Sean Haire) began to pour in from fans who best remembered the sizeable superstar as a breakout competitor.

The WCW Power Plant product initially teamed with fellow grad Mark Jindrak and soon began challenging for the WCW Tag Team Championship. The duo were unsuccessful at first, but after helping form the Natural Born Thrillers, the duo captured the title, only to soon after split with O’Haire teaming with Chuck Palumbo and again holding the belts.

O’Haire’s contract was picked up by WWE amid the WCW purchase and he and Palumbo were kept together. Over their first weeks in WWE, the duo battled the likes of the APA and Brothers of Destruction over the WCW Tag Team Championship, eventually being written out of WWE storylines. O’Haire was sent to OVW and would sporadically appear on WWE Heat throughout 2002.

O’Haire appeared to breakout 2003. As the year began, O’Haire was featured in vignettes as being a devil’s advocate. Once he debuted, however, the magic didn’t seem to be there. He was paired with Roddy Piper for much of this tenure, but slowly slipped off major broadcasts and parted ways with WWE mutually in 2004.