TNA has prided itself on being a company that places a heavy emphasis on tag team wrestling, an art form that has gone by the wayside in some aspects of the business. From legends like The Hardys and Team 3D to current greats like TNA Tag Team Champions The Wolves, the tag team division has helped to breathe some life into what was a mostly ignored part of professional wrestling. 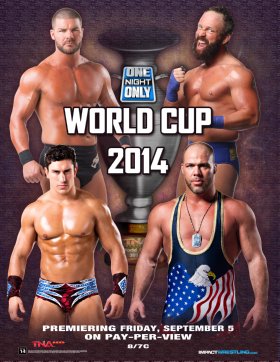 Not all tag teams are bred equally. Some are born out of brotherhood, whether that be through blood or through the bond of making a way through the ranks over years. A more unique situation applies to relatively new tag team in Samuel Shaw and Gunner. Shaw, playing an institutionalized stalker of TNA ring announcer Christy Hemme, was helped out by Gunner, a man who saw combat in the United States Marine Corps. Though Shaw has to regain the trust of many on the TNA roster, Gunner has been able to help him regroup and rebuild after being released from the mental hospital. Prior to TNA One Night Only: World Cup of Wrestling II, airing Friday night, Shaw and Gunner discussed their beginnings in the company and the unlikely bond between the two.

In their position, Gunner and Shaw are not a team that looks likely for success on paper. The circumstances of recovery for the Samuel Shaw character and the mentoring role of Gunner can lend to distractions and confrontations because of the relationship between the partners. Nonetheless, Gunner goes into the partnership with similar goals as any other. “I’ve helped Sam along the way and he’s taught me a couple things as well. He’s been a good partner so far. Obviously, the goal is to succeed,” Gunner said. “When I was tagging with James Storm, the goal was to be tag team champions. It’s a starting point as far as showing what we can do as a tag team.” 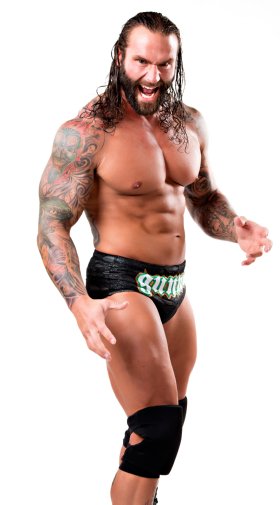 The road to this teaming up has been long and arduous for both men. Having gone through various partners and gimmicks since they both started in the company on-screen in 2010, the pair opened up about the past. “I’ve actually been doing tryouts for TNA since 2008. Gunner was doing a security role for another guy, Jeff Jarrett. When Jeff Jarrett did his MMA gimmick, Team Jarrett, I was put into that role. I walked out to the ring and Gunner was back there as security,” Shaw recalled. “Fast forward to now, we’re some of the guys that are getting pushed now. To be in the roles we are in now, it’s a true blessing. We’re not going to disappoint. We’re not going to fail.” Gunner added, “We really paid our dues and showed we wanted to be there from day one.”

Gunner also talked about a regret he had in not getting to adopt a persona that he had an affinity for. Discussing the moniker of “modern day Viking,” Gunner lamented, “That’s something the creative team came to me about as far as the modern-day Viking and move more towards a military man. It kind of didn’t fit well (to them), which I disagree. The Viking was a warrior and always fought for what he wanted and kind of took everything. In my case, being in the Marine Corps, we are the warriors for the United States. We’re the first ones in and the last ones out when it comes to war.”

Shaw elaborated on a unique aspect of his current character. Not all wrestlers can incorporate elements of their life behind the camera on screen, more often adopting the on-screen character in their daily routine. Shaw does the former, adding his artistic flair through drawing. “I’ve been drawing ever since I was two years old. It was always something I could gravitate towards. It’s kind of a stress-reliever for me. I love to show off my artwork to the fans and I think it’s something very unique to my character. As far as presenting it the way Jeff Hardy does, hell, I want to sell my artwork. I want to sell all kinds of merchandise with my artwork on it,” said Shaw. 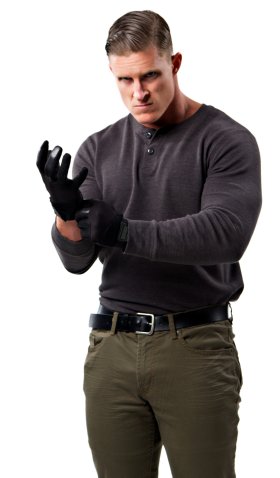 At TNA One Night Only: World Cup of Wrestling II, while on competing teams, the vibe is business as usual. Though these standalone pay-per-views can provide many challenges, Gunner puts a bow on it in the simplest of ways. “I think it’s a matter of knowing we have to deliver a product with the event. It is a bit tricky at times. At times, if it’s a tag team thing, you may be tagging with someone you’re feuding with. You keep some of the same storylines as you do on our weekly TV show,” Gunner explained. “I always go in there and do the same thing I do, being a babyface and wrestle how I wrestle.”