Rockstar Spud talks Boot Camp past, TNA future before One Night Only 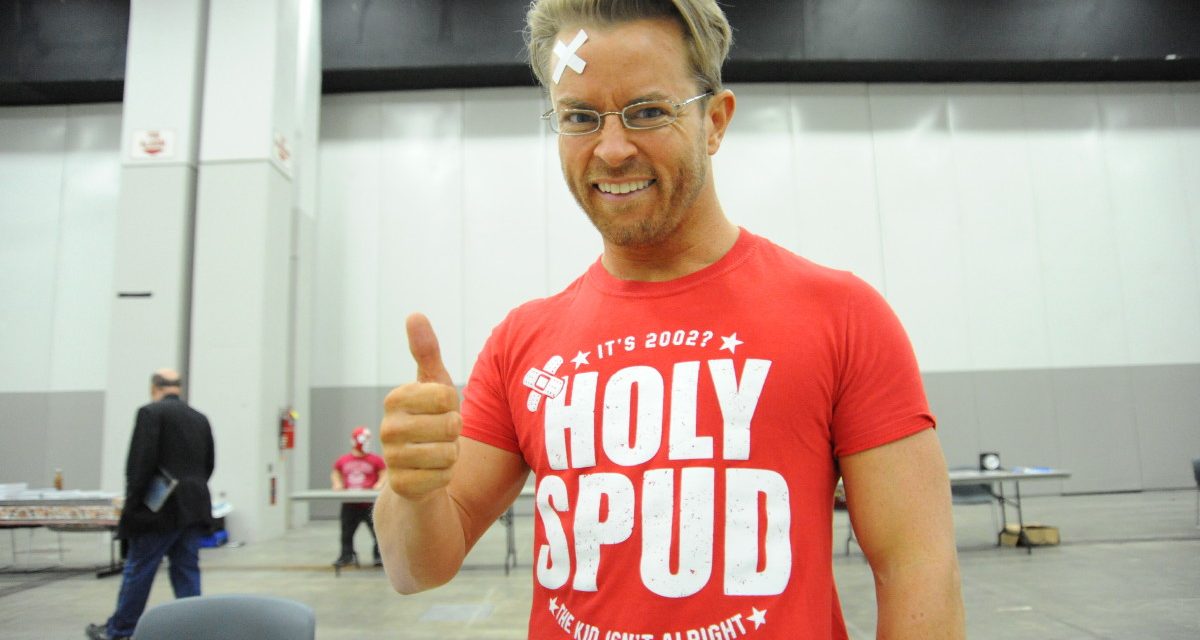 Rockstar Spud stepped into TNA in late 2013 and immediately established himself as one of the breakout stars of the year. While others may tower over the diminutive TNA standout physically, Spud himself explains that he displays big-time personality that rivals any of his counterparts as he nears his second year in the company. The TNA British Boot Camp winner has used the reality show as a launching pad into the upper echelon of the company as he took on the role of TNA Chief of Staff.

Prior to TNA British Boot Camp 2 and One Night Only: X Division Xtravaganza, Spud talked about what the reality show has done for him, the pay-per-view, his present and his future in the company, and everything in between. 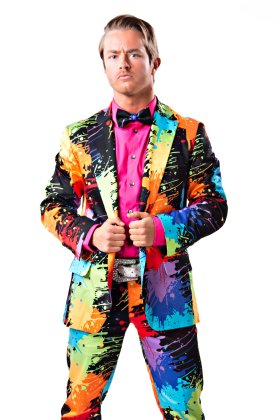 Since winning the show last year, Spud described his time in Total Nonstop Action as just that. “The year has been an absolute whirlwind, to be honest. I’ve had two weeks off the last two weeks and I honestly don’t know what to do with myself. It’s been nonstop for me. I’m living the dream. It’s everything I dreamed it would be,” Spud boasted on a conference call. “I was at OVW for a year, learning elements of professional wrestling that I didn’t even know existed, which was amazing. Then, called up to the main roster, where I’m main eventing live events with Ethan Carter III and main eventing television. I’m in the main storylines on pay-per-views. I honestly couldn’t be happier.”

While Spud had spent nearly a decade or so working outside of TNA, it was within the confines of the company that he really feels he came into his own. Crediting both British Boot Camp and OVW for his success, Spud said, “I’d been wrestling for ten years on the independent scene. You pick things up, but it’s a very slow process because you aren’t wrestling every day of the week. At the same time, you are wrestling people with the same experience level as you, so you aren’t going to be picking things up as often as you would wrestling experienced talent or being trained by experienced talent. When I went to OVW, I was wrestling every day of the week and performing three or four times a week. It was constant wrestling so it was able to sink into my mind.”

When asked about the show’s upcoming season, the United Kingdom-born wrestler was very optimistic about the talent in the island. “I don’t envy any one of them, considering the talent in the country and the talent that has already been announced. The person that wins the series is really going to be an absolute superstar,” Spud said. Names like Noam Dar, Martin Stone (formerly Danny Burch of WWE NXT), Rampage Brown, and The Owen Twins were brought up as talent featured on the show. As for Spud, he couldn’t elaborate his role on this season’s edition of the show, but he teased that you couldn’t do another British Boot Camp without having the first winner of the show featured.

Standing so high on the ladder so early can always lead to questions about the future for any talent. Can they climb higher or is it all downhill from here? While the intimidation could seep through in many in the chaotic business of professional wrestling, Spud has no such fears; “I am a professional wrestler, so my job is to show up and do what I am told. Whatever happens going forward, I always look forward to what tomorrow brings. I just want to knock it out of the park. I want to be a guy the company can rely on. I just want to be an asset and I feel I am going to be an asset going forward,” said Spud.

Speaking about where he and the company itself stood, Spud was nothing but complimentary of his on-screen comedic partner-in-crime Ethan Carter III and rival Bully Ray, as well as the entire roster as a whole. Spud also described tagging with EC3 and Rhino against Team 3D and Tommy Dreamer as the best moment of his career. Working so close to the TNA President Dixie Carter and the Carter family could be a daunting task, but Spud only has one fear when working alongside his boss; “The only time I’m ever nervous about working on camera with Dixie is when I’m going to save her from a near-death experience. I have to be here. I’m literally saving the woman’s life.”

Spud also promised guaranteed entertainment at TNA One Night Only: X Division Xtravaganza. Spud takes on a familiar opponent in Sonjay Dutt, who he spoke of having crossed paths with many times outside of the company.

The impact of a wrestler can be measured both inside and outside of the ring when all is said and done. The respect of fellow workers can be equally as telling as the admiration from fans to some. For someone who has received high praise from critics for his petulant character, Spud may not be too far off from the real article. With tongue firmly in cheek, Spud closed on what to expect from him when the cameras turn off.

“I am a jerk in and out of the ring. I throw my weight around like I’m 7 feet tall.”