Larry Matysik has earned the Melby Award for wrestling journalism

Each year, the George Tragos/Lou Thesz Professional Wrestling Hall of Fame honours someone for their contributions to professional wrestling journalism. For 2014, the chosen one is author Larry Matysik of St. Louis — though health issues are preventing him from attending the ceremony. 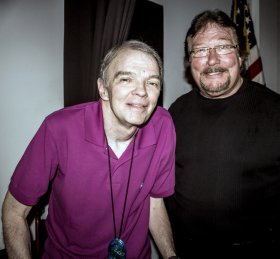 The Melby Award is just one of the presentations made by the Tragos/Thesz Hall, a part of the National Wrestling Hall of Fame Dan Gable Museum in Waterloo, Iowa. Other names being recognized at the banquet on Saturday, July 19th are Scott and Rick Steiner, Wilbur Snyder. Diamond Dallas Page will get the Frank Gotch Award and Larry Hennig receives the Lou Thesz Award. As well, the George Tragos Award will be presented to retired MMA great — and now movie star — Randy Couture. Jim Ross will host the event.

The author of a number of books about pro wrestling, Matysik was involved in the wrestling office in St. Louis for many years, both under Sam Muchnick and later running the show himself.

He took the time to answer a series of questions about his career as a writer, and what’s ahead for him.

SLAM! Wrestling: What does receiving the James C. Melby Award for your work in professional wrestling journalism mean to you?

LARRY MATYSIK: Receiving the Melby Award is a tremendous honor, partially because I knew Jim well and respected all of his work in the field of writing about the business. And partially because I accept it as recognition of the writing I did for legendary St. Louis promoter Sam Muchnick especially doing the “wrestling news” for him (Sam wanted the four-page publication to be professional, to look like The Sporting News or the Sunday sports page and be accurate within the realm of helping to sell tickets for the upcoming shows). And partially because the Melby Award is a wonderful salute for the books I’ve written and enjoyed every single moment writing them.

SLAM! Wrestling: Why has there been so little respect given to professional wrestling journalism through the years? 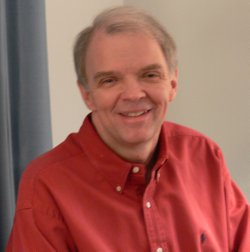 LARRY MATYSIK: Sadly, I think many of those in power in wrestling want to have the respect and coverage that goes with major sports like baseball, football, hockey and basketball. But when it comes to actual coverage, accurate news and details, those same people generally balk when some of those facts bite them because they have not conducted themselves as professionally as they should have. The other side of the coin is that many of those writing about wrestling avoid having promoters or performers unhappy with them so their writing or journalism if you prefer lacks the detail and especially the accuracy needed. They become purely fans and the coverage becomes puff. Both situations mean that the mainstream media and the casual audience see that and then simply lose respect for much of what passes as wrestling journalism. Those who do work hard to get the facts correct, to understand the business financially, politically and psychologically, to do the hard writing, don’t get enough credit from those who are in power and generally find it difficult to reach the mainstream. 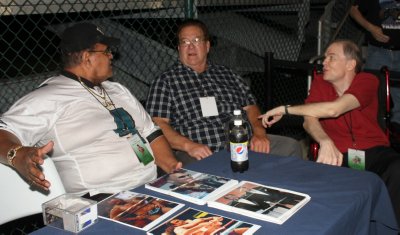 SLAM! Wrestling: Did you know Jim Melby well? What are some of your memories of him?

LARRY MATYSIK: I wish I had known Jim better. We talked on the phone numerous times, bouncing around ideas about what we wrote and how to make it better. My best memory of Jim? He had the same passion for this crazy industry as I did. We both believed we could find that happy medium between selling tickets, entertaining readers and not becoming a carnival. I was very happy for him when he wrote the book about Minneapolis history from the 1950s and wish he could have lived longer to do more. Fortunately, some like George Schire have followed in his footsteps.

LARRY MATYSIK: I could tell my writing had evolved from the first book, At the Chase, to the fifth book (assuming you also count the e-book The St. Louis Wrestling Record Book), the 50 Greatest. So as I look back at it, I would say that while I could have written the latest book, it would not have been nearly as open, relaxed and truthfully readable as I hope it is. A lot of the credit for that development goes to Michael Holmes, my editor and friend with ECW Press in Toronto. Michael has believed in my work and made many meaningful suggestions for improvement. And, in fact, I probably did need to dig inside and “get it out” by doing the Wrestling at the Chase book first. 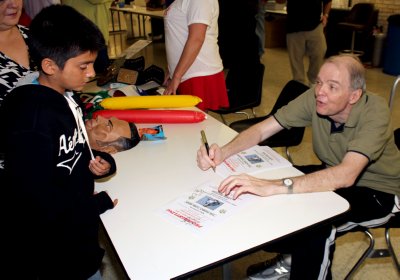 Larry Matysik signs an autograph for a young fan.

SLAM! Wrestling: Of your books, which has generated the most buzz and response? Why?

LARRY MATYSIK: For early reaction, it probably came from the Brody book with the 50 Greatest close behind. Brody naturally got a lot of people talking because Bruiser Brody was a controversial subject and I tried not to avoid any of the tough issues that came along with him. Also, co-writing with his widow Barbara opened the door to another side of his life that most people simply did not know or understand. There was a lot to talk about. The 50 Greatest naturally stirred up anyone who didn’t exactly agree with my top 50. Unfortunately, that meant missing my point which was that everyone will have a different top 50 and the real issue is how you achieve deciding who is in and who is out and in what order the survivors are placed. Yet having said all that, Wrestling at the Chase was so kindly received at the start and still keeps getting an excellent reaction, selling books and explaining what St. Louis was in the wrestling world. Somehow, the book seems to find a few more fans every year. In the long run, Wrestling at the Chase is the one that will come out on top I think.

LARRY MATYSIK: I sincerely hope it is to do more writing. I have a few ideas floating in my head, and Michael and I have kicked around some thoughts. The key becomes my physical condition with, in short, serious spinal stenosis and rotary scoliosis causing so much pain and discomfort that it is really difficult to work at the keyboard for any length of time. The major issue facing me is whether I have major surgery (two-day surgery, one-month hospital, one-year recovery) to put in rods, screws and plates that may or may not help much. In the meantime, I will help book matches and plan television shows for Southern Illinois Championship Wrestling (SICW). But everyone has their problems and I don’t want to whine. Wrestling, whether writing or promoting, is still my passion and somehow I intend to be involved. 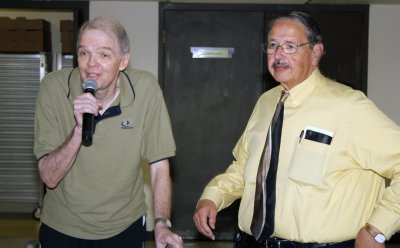 SLAM! Wrestling: Who is coming with you to Waterloo, Iowa, for the induction ceremony? Do you have many personal ties to the other honourees? Share what you can about that.

LARRY MATYSIK: Unfortunately, the back and nerve issues have sidelined me from going to Waterloo. And it hurts deeply. It kills me. I really want to go, but at this point, I’m on the disabled list. Taking my place and accepting for me will be good friend Herb Simmons, the promoter of SICW and a person who has always urged me to write and tell my stories. In addition, I have taped a little talk to share my thanks and thoughts with the fine people at the Tragos-Thesz Hall of Fame. I also have put together a DVD for the Hall. Basically, it is St. Louis wrestling saluting some of those stars who worked in St. Louis and are in the Hall (i.e. the Funks, Race, O’Connor, Raschke, Jack Brisco etc.)– just something to add to their archives. I feel a need to sincerely thank them. It’s too bad I didn’t have any tape of Wilbur Snyder, who is getting the posthumous award this year. A superb and underrated performer, Wilbur was one of those who took the time to help and teach a young kid like me when I was getting my feet wet working for Sam Muchnick. Snyder was a class act and belongs in the Thesz-Tragos Hall of Fame.