Don Greene was not so ‘Mean’

Contrary to his nickname, Don Greene was not “mean.” In fact, he served as a church deacon and was married to the same woman for 63 years.

It’s just that in the wrestling ring, Greene embodied havoc as he headlined in the Tennessee territory from the 1950s to the 1970s. 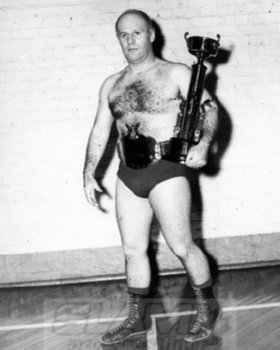 “I’ve been in sports all my life,” Greene said in an interview for The Pro Wrestling Hall of Fame: The Tag Teams. “My high school coach told me, he said, ‘When you get out there, if they don’t know who you are, do something to make them remember who you are.’ That stuck with me.”

Born Aug. 29, 1930 in San Francisco, Green moved at a young age to Nashville, where his father Lewis, a grocer, opened a furniture and appliance store that the family would own for more than 50 years.

Greene was a good athlete in high school, when he wasn’t getting kicked out — he was booted from two high schools because he rebelled against a policy that required students to have a note to be out of class.

He was working in his dad’s store when he started to get into wrestling. Several of Greene’s friends were wrestling as amateurs for Dick Lever, who promoted some small matches around town. Greene worked about three years on Lever shows, which sometimes were no fancier than street-corner setups.

“At his small shows, we would challenge people in the audience. The first few matches were usually open for someone who had a grudge with someone. They could challenge them and get up in the ring and fight. Lever would push that as a special attraction,” Greene recalled in a 1996 interview with historian Scott Teal.

As he gained experience, Greene shifted to working for Nick Gulas, the main promoter in Tennessee, sometimes under a mask as the Black Bat. 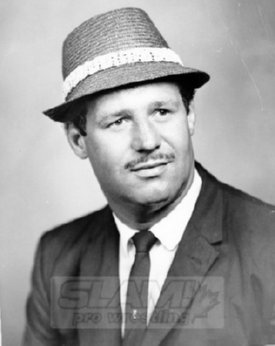 While Lou Thesz showed him how to apply a neckbreaker, which became his finisher, Greene’s jackpot came when he hooked up with Al Denney. The two first met working for Lever, then became the Greene Brothers and later The Heavenly Bodies for Gulas, a name Greene said simply popped into his head.

Ironically, Gulas was against the pairing that would make him so much money. In Alabama, Nick Carter unmasked Don as the Black Bat. Al interfered in a follow-up match in support of the hood-bare Greene. Incredibly, the crew ran the same angle in three towns 30 miles apart.

That led Carter, who handled small Alabama towns, to ask Gulas for the rights to use the Greene Brothers. 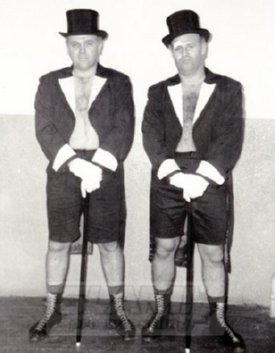 As Don recalled: “Gulas told him, ‘We don’t have no Greene Brothers. We’ve only got Don.'” The Greenes teamed for a month before venturing to see a shocked Gulas. “He recognized Al from sitting out there in his office. He said, ‘Boy, you really put one over on me,'” Don said. For a while, the Greenes dyed their hair green at the behest of promoter Jack Pfefer, who had a short run in the Gulf Coast territory.

The Greenes feuded with Jackie and Sonny Fargo, Len Rossi and Bearcat Brown, Kurt and Karl Von Brauner, and Jerry Jarrett and Tojo Yamamoto, among others. The Greenes tarred and feathered Brown, one-half of the first regular integrated tag team in the South — with no hard feelings, as Don teamed with the ‘Cat in 1974.

Another feud was with a bird that Al accidentally caught when he was sticking his hand out of a moving car. The bird died of its injuries, but Al was able to manipulate it like a puppet so it appeared to be moving its head around.

Al carried the bird to the tag match that night, but when Don and others said he couldn’t have a bird in the ring, Al slammed it to the canvas and faux stomped on it. “There were some people who called the Humane Society and we got a lot of publicity out of that — maybe not the best kind of publicity but it got our names in the papers,” Don told Teal. 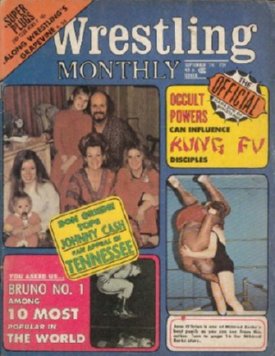 Don Greene and family on the cover of Wrestling Monthly from September 1974 — apparently Greene topped Johnny Cash for fan appeal in Tennessee.

In 1971 in Louisville, Kentucky, Greene and Jarrett had what was considered to be the first scaffold match in the history of wrestling; grainy versions can be found on YouTube. Greene legitimately broke his wrist in a fall.

As a singles performer, Don had several National Wrestling Alliance World title shots at Dory Funk Jr. He also worked as Mr. Wrestling II as a friendly jab at Johnny Walker, the more well-known II. He had multiple runs with the Tennessee version of the junior heavyweight title from 1970 to 1974 — Lorenzo Parente was his big rival.

And Greene tagged with a young Jerry Lawler in Florida and Georgia in 1974. 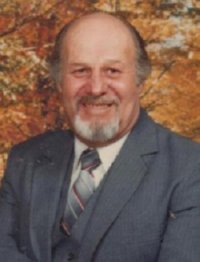 A recent shot of Don Greene.

“I was pretty good at coming up with ideas,” Greene said. “I was shot at twice, one time in Somerset, Kentucky while I was in the ring and another time when we were going out the side doors in Louisville, Kentucky and somebody across the parking lot let go with a double-barreled shotgun. I’ve had a pretty exciting life.”

Following his retirement in 1978, Greene worked in the Nashville’s sheriff’s office, and launched a career in security, becoming director of security for a corporate hotel chain. In 1994, Jim Cornette brought back the Greenes to a “Night of Legends” show, and carried on the Heavenly Bodies name with Tom Prichard and Stan Lane, and later Jimmy Del Rey.

Green’s wife Betty died in October 2012; she had been in poor health for years, as well. He is survived by two daughters, Diane Hooker and Tina Greene; a third daughter, Donna, died in 2009.