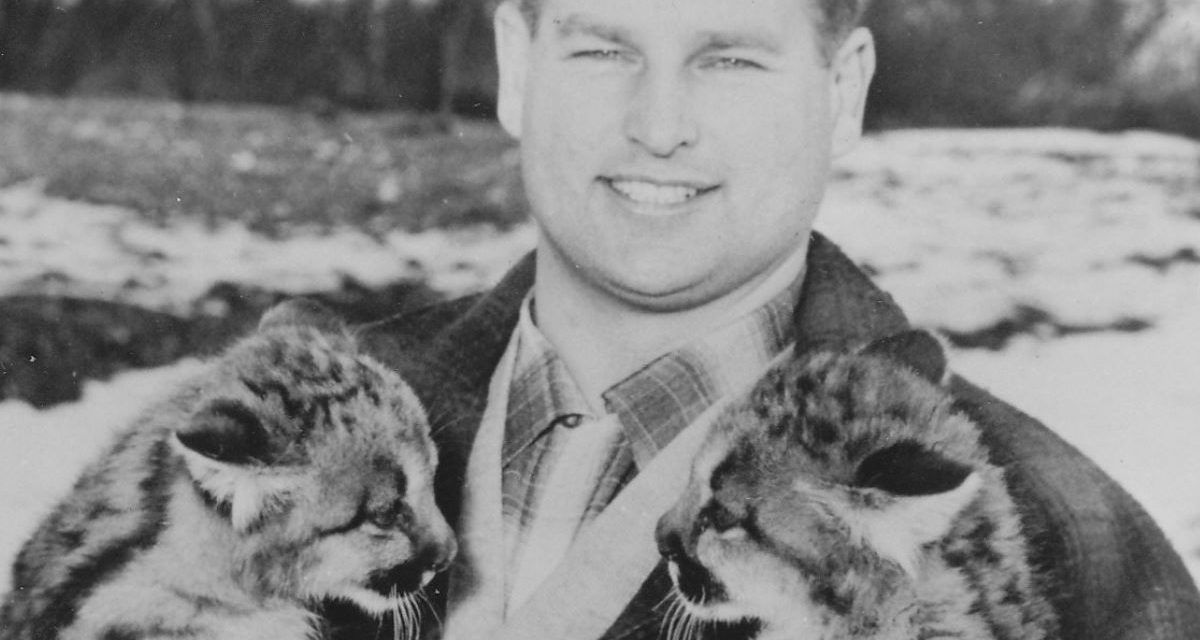 Al Oeming had a story on just about everyone who came through Edmonton in the 1950s. Here are a few:

Lou “Shoulders” Newman: “He was a big star here, an extremely pleasant guy to deal with. Of course, we played him as the ultimate foe to Al ‘Murder’ Mills. When we finally brought them together, we had to go to the arena; that was 10,000.”

Whipper Billy Watson: “Whipper Billy Watson was a big card here. He’d get into town, and we’d do the circuit with the Rotary Club, the Kiwanis, different children’s clubs and youth movements. He was known and the had the name. When he wrestled Kiniski here, we had 12,500 in the Arena, which was unheard of in this city.”

Lou Laird: “He was a big, awkward Jewish boy out of Brooklyn, and green as grass. I called him ‘The Star of Israel.’ I must have had 1,000 Jewish people that night. They wined and dined him.” 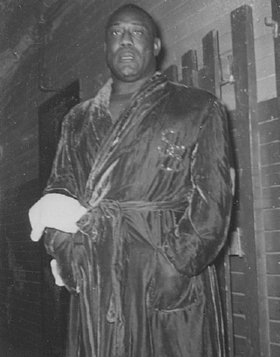 Seelie Samara: “He was massively built. He had some wonderful moves for a big guy. By the time he was wrestling here, he was already 65, but still moving well.”

Pat McGill: “He was a tremendous babyface. He was the best dropkicker in the business. He had it all, the athletic ability, and he knew how to turn it on.”

Pat Meehan: “Meehan was drab and colourless to all hell.”

Prince Maivia (Neff): “If he’s see anyone wearing a flower in a buttonhole, he’d take half of it and eat it.”

Joe Blanchard: “He was a very good amateur wrestler, a former Big 10 college champion. … He was always a reserved, quiet, humble fellow, never put on any airs — just a pleasure to be around. … Joe was a little laid-back and quiet, didn’t have quite the charisma to rev up the wrestling audiences.” 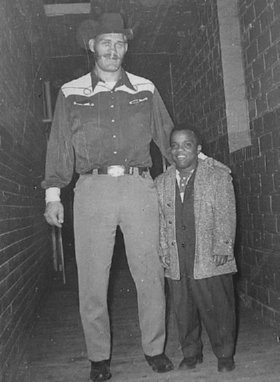 Sky Hi Lee: “A local horseman here was a fanatic wrestling fan. He donated a horse’s saddle. At high noon the day of the match, it was always on Tuesday nights, Hi Lee would ride down Jasper Avenue. He was a hell of a horseman, a good rider. He had an aunt here in Edmonton. She used to come and plead for me to do something about him. I’d say, ‘Well, what’s the problem?’ She’d say, ‘He had a 26er of King’s Straight for breakfast, a 26er at noon, and a 26er at night.’ ‘Oh Lord,’ I said.”

George Gordienko: “He had that tremendous body on him, and a baby face. He didn’t bubble over with charisma. He was very quiet. He was sometimes moody, didn’t want to budge. He had a classic match here with Lou Thesz. There was no villainry or anything in it, it was just a great performance. George, I got along well with him, because he was also an excellent artist. … He didn’t get along with everybody. He sort of lived in a little world by himself. … He’s one guy I would have thought would have been alive at the age of 100.”

Bibber McCoy: “He was the king of all egos in wrestling … He used to tell me, ‘When you’re walking with me downtown, walk a little bit behind and catch some of the remarks people make when they see me.’ I would lay it on — I wasn’t hearing anything. He’d been a catcher for one of the big pro baseball teams. Hotheaded.”

Porky Jacobs, the promoter in Regina, Saskatchewan: “Porky Jacobs would have a drinking buddy who wrote little bits for the Saskatoon paper, and that’s about as far as he’d go, and put handbills up. That’s not good enough. You had to get up there and deliver the message.”

Rocky Wagner: “He was a referee, and he was manager of Main Street’s Selkirk Hotel, the main corner, where wrestlers would get a good deal on rooms and meals and whatever extra they needed. … Rocky knew a lot of people. He knew where he could get publicity.”

Phil Klein, the father of late Alberta premier Ralph Klein, who had a cement business: “He had life-long dreams of becoming a wrestler. He wasn’t designed for it at all. He had no athletic ability whatsoever. Good with a shovel and cement.”