This is the first time Kane has been to Winnipeg in a few years for a wrestling event. That doesn’t mean that he doesn’t enjoy the trip north of the border when he gets the chance. Kane spoke about wrestling in the old Winnipeg Arena. But he’s looking forward to being in the “much bigger and nicer” MTS Centre. “It seems like everything (both the WWE and the city of Winnipeg) keeps getting bigger and better all the time,” Kane said. 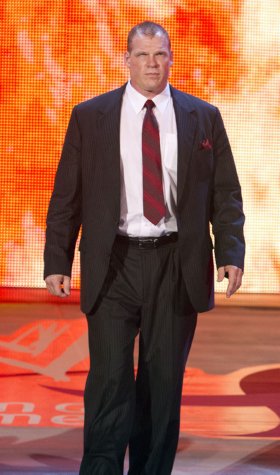 Preparing for the Winnipeg trip

With the current weather nearing the lowest temperatures in about 75 years, it seemed fitting that Kane’s memories of wrestling in Winnipeg had less to do with the events, and more on the weather. “I remember it being VERY cold.” Kane said. “It was around negative 30 once. This time I’m bringing my parka.”

Of course Kane is coming prepared for this trip, bringing a lot of warm clothes, but he knows that he also has to plan on the next few cities on the WWE’s tour. “Sunday we’re going to be in Jonesville, Arkansas,” Kane said. “So I’m bringing my parka from Winnipeg, even though I won’t need it there.”

Even though Kane admits he doesn’t think too far in the future regarding his trips, he admitted that sometimes he has forgotten what cities he was just wrestling in. He knows that you still have to be somewhat prepared regarding the outside elements. “That is a bit of a challenge figuring out what do bring,” Kane said. “It may sound odd coming from a supposedly big tough guy that you have to make fashion decisions based on the weather because you don’t want to overpack.”

Fashion discussions aside, the more important part of the trip will be the actual matches, and so far the lineup sounds intriguing. “I believe Batista will be facing Alberto Del Rio,” Kane said. “The Shield will be there and so will the Big Show and the Wyatts. It’s going to be a great card all the way around because all the top superstars will be there.”

What about the YES Movement?

“I’ll be facing Daniel Bryan,” the Director of Operations said.

Even though these former friends and WWE Tag Team Champions aren’t very buddy-buddy now, Kane still has a lot of respect for the Bearded One. “Because of the calibre of competitor that Daniel Bryan is, I’m going to have a really good time because we can have a really great match,” Kane said. “That’s something that’s very important to me.” 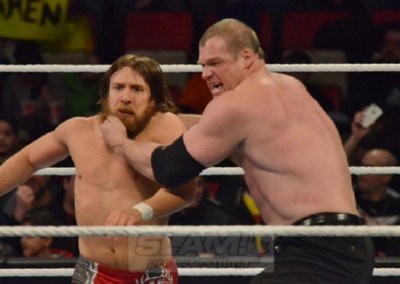 For everyone wondering if Winnipeg’s favourite son, Chris Jericho, will be making an appearance at the MTS Centre, nothing has been confirmed, but that doesn’t mean Y2J is a definite no-show. “We try to have a lot of spontaneity in our live events,” Kane said. “We’ll definitely do some unexpected things to keep it interesting.”

Regardless of if Jericho makes an appearance or not, this is still an event that wrestling fans should be looking forward to. “Our fans demand a great performance every night,” Kane said. “People pay good money to go to these events and we have to work hard every night. One thing I’m very adamant about, and I think all the guys are like this too, every time we go out, we do the best we can.”

But a last note to fans going to the show on Friday — remember to dress warm!