More than almost any other person, AJ Styles was synonymous with TNA Wrestling. The “Phenomenal One” appeared on the company’s first show, was the company’s central focal point for a number of years, participated in some of the company’s greatest matches, and won scores of titles along the way. It seems strange, then, that Styles is no longer with the company. SLAM! Wrestling recently sat down with Styles to discuss his departure and his post-TNA aspirations. 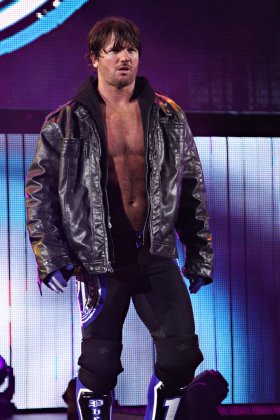 Since leaving TNA, Styles (real name, Allen Jones) has been making the rounds on the independent circuit, including wrestling recently for Toronto’s Smash Wrestling promotion, where he squared off against Chris Hero. A dream match, this one wouldn’t have been possible just months ago, when Styles was in TNA and Hero was contracted with WWE. It’s representative of what AJ’s fans can look forward to, now that he’s a free agent.

“I’d say that a lot of people are getting their dream matches,” he agreed. “And that’s the most important thing. If the fans want to see (me face someone in particular), I want to put (that match) on. I’m happy to have the opportunity to do that now.”

That includes wrestling many of the stars of the company where Styles first started making huge waves, Ring of Honor, and hopefully international stars in other countries as well.

“I’m looking forward to it,” he said, about this prospect of wrestling a new set of people. “There are a lot of stars that I’m going to get the opportunity to wrestle. I’ve not had the opportunity to have a one-on-one with a lot of the guys in Ring of Honor. I’m going to England next month, and hopefully I’ll (be back in) Japan soon. Things are definitely looking up.”

And does he have any dream opponent that he would like to get in the ring with?

“Well, the dream matches for me are probably the ones that pay me the most money… I’m kidding… sorta.”

“Seriously, some (dream matches) for me are with guys that I may never get the opportunity to wrestle. I’d like to wrestle Rey Mysterio, I think he and I could really tear things up. There are definitely some guys in the Fed (WWE) that I think I could have good matches with, that would also be dream matches for the fans as well. But who knows if that ever comes or not.”

Whether it does or not, that doesn’t mean people won’t speculate about it. Indeed, at the Smash show, which took place on the day of the Royal Rumble, people were joking that Styles would work the opening match so that he could fly out to be a surprise entrant in the Rumble match. Even though he suggested he’s not had any discussions with WWE, Styles appreciates that fans will continue to speculate about that possibility.

“People are excited about what they may get to see,” he said. “I can understand that. I do it too — I hope to see Sting wrestle The Undertaker at WrestleMania. I don’t know if that’s going to happen, that may just be wishful thinking. But I can appreciate the (thinking).”

Whether or not he signs with WWE, based on his comments about TNA, it seems like Styles isn’t banking on a return to that company.

“I’m sure there may be a little ill-feelings towards me,” he considered. “From what I’ve been hearing, they thought I was going to sign, they had heard that I was re-signing. Which is never anything I said or even acted as if I was on my way in to sign a contract.”

“The thing with me was that they took too much time — for me. December 15th, my contract was ending, and we were still negotiating. I didn’t have a job, so that means I wasn’t making any money. So I needed to make a decision (and get back to Ring of Honor) if I could be on their show. To me, the communication wasn’t quick enough. I know it was the holidays, but if something’s important, you take care of it. I just felt the communication wasn’t there.” 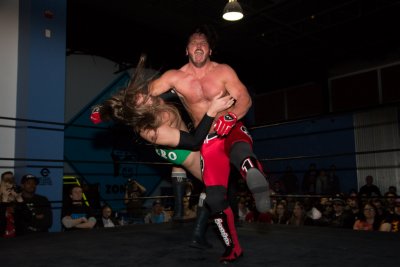 Could the company’s delays have been simply the result of the recent changes that the company has gone through in the back-office? Styles doesn’t believe that’s a valid argument.

“Let’s be honest. When I signed my extension in September, they had until December to come up with something that I would be happy about. They didn’t do that at all, it wasn’t even close. So right there, that should say it all. Then they wanted to hurry it up and get it done over a couple of weeks to get it right – there were too many things that needed to be fixed, it couldn’t be done overnight.”

That being the case, Styles figured he’d consider his options.

Also factoring into the decision was the fact that there wasn’t much to do in TNA that he hadn’t done already.

“(Yes), I did pretty much everything,” he agreed. “I did it all. I can’t say there’s something that I wasn’t able to do in TNA. I did a lot of what I wanted to do there, and I’m happy about that. That’s a good thing.”

What he’s less positive about is the company’s future. Styles saw a lot of cost-cutting in his last few months there, and he wonders if that’s a sign of something deeper.

“I’m not saying that they’re going under, but it sure does seem that way,” he said. “They’re really saving a lot of money in places. If they’re so desperate to save money that they cut loose one of their top guys, the one guy that was known as the TNA guy, they must be hurting pretty bad. Either that or they think that loyalty means absolutely nothing to them, or they think I suck. I don’t know which one of those it is.”

If it is that latter alternative, there are plenty of fans who would disagree. And to them, Styles has nothing but gratitude.

“I really want to thank my fans. No matter where I go, no matter whatever happens, I’d be nothing without them.”