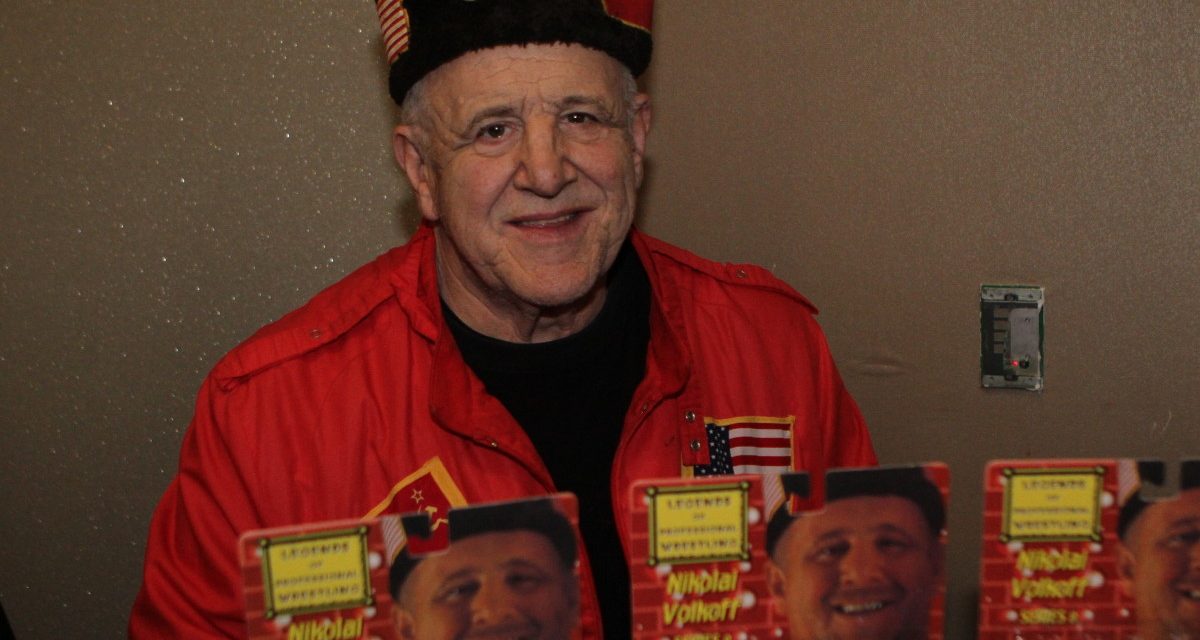 While it was Jake “The Snake” Roberts’ appearance a few weeks ago on Monday Night Raw that got the most buzz, the show also marked the return to WWE programming of another of wrestling’s legendary names: Nikolai Volkoff.

Though you might have missed seeing him if you blinked, you would have undoubtedly heard him, as he boomed out his version of the Soviet national anthem, a throwback to his villainous ways when he was a full-time WWE wrestler.

“Being there was very, very nice,” Volkoff (real name Josip Peruzović) told SLAM! Wrestling during an exclusive sit-down at last month’s Ontario Collectors Con, where he was making a special photo and autograph appearnce. “It was great to see some old friends and (share) lots of old memories.”

And as a top villain, primarily in WWE but with lengthy stints in AWA and Mid-South Wrestling as well, his “memories” are truly worthy of his Hall of Fame status. As Bepo Mongol, he was a perennial challenger for Bruno Sammartino’s world title throughout the ’70s. In the 80s, he threatened Hulk Hogan’s championship reign, including a memorable match on Saturday Night’s Main Event. He would also go on to capture tag team gold with the Iron Sheik at the inaugural WrestleMania. 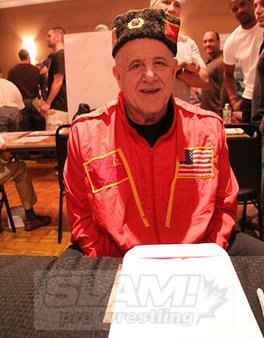 Nikolai Volkoff at a signing in June 2013. Photo by Christine Coons

Even today, Volkoff continues to wrestle on the independent circuit, over 40 years after his debut. While many people his age would be contemplating retirement, Volkoff can’t fathom not remaining active. Indeed, he has taken great strides in ensuring he remains healthy enough to compete, having lost 100 pounds since his full-time days.

“I still feel pretty good, so I’m still far away from fully retiring. It’s important to stay healthy, work out, and watch what you eat. Today you see many heavy people — but not too many old heavy people.”

Staying healthy is the advice he gives to today’s stars as well.

In terms of advice for his fans, including those who braved the cold weather to see him at the Collectors Con, Volkoff had more advice, that he shared with a wink and a big smile: “Stay happy… and keep warm!”