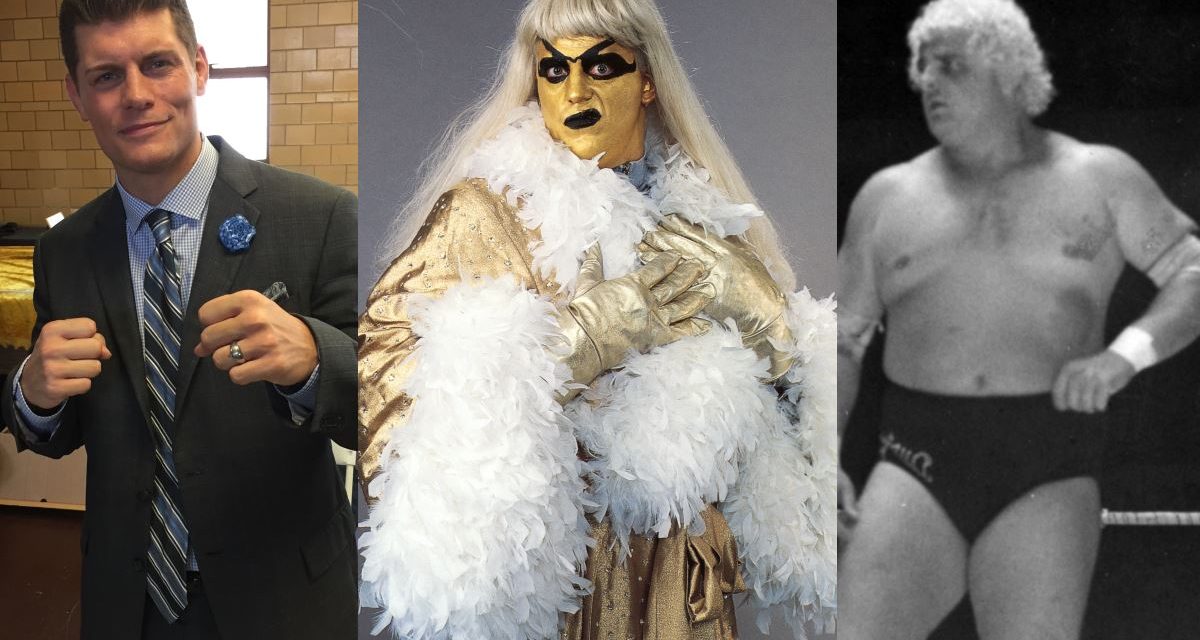 You can’t talk about Cody Rhodes with talking about family, which extends well beyond just Goldust (comeback of the year!) and their father Dusty Rhodes.

Before Cody Rhodes even hit high school, his half-brother Dustin, who is 16 years his senior, was already a well-known professional wrestler. He already was a two-time WCW tag team champion, U.S. Champion and WWE Intercontinental champion. His character of Goldust was one of the most bizarre, yet entertaining and fun to watch, in WWE’s history. 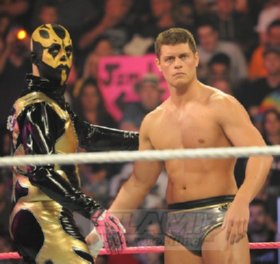 Goldust and Cody Rhodes were one of the best tag team of 2013. Photo by Mike Mastrandrea

Their father, the legendary “American Dream” Dusty Rhodes was a three-time NWA World heavyweight champion and like it or not, one of the best minds in the history of the sport.

That being said, young Cody didn’t have any pressure from his family before taking the decision to start a wrestling career.

But following a family’s legacy is never an easy task. For every second-generation wrestler who succeeds, there are tons who fail.

And when you’re the son of Dusty Rhodes, you have to think your dad will have big expectations.

“When I told my dad I wanted to give wrestling a shot, he told me, after a good 10 minutes of silence, ‘If you’re gonna do it, you gotta do it to be the best.’ But wrestling is such a great thing. There’s no way to hide from getting the fans reaction. It’s really special,” said the two-time Intercontinental champion.

As any father, Dusty is proud of his son, but for Cody, even with his father’s knowledge, The American Dream is not the one he seeks feedback from.

“Sometimes, my dad’s advice is biased because he’s too close to the project,” explained Cody. “I usually stay away from getting advice from my family. My dad thinks I’m the best and this is not what’s gonna help me get better. Guys like Fit Finlay, JBL, Arn Anderson are the ones I ask for advice.”

After being on the main roster since 2007 and having hits and misses, such as “Dashing” Cody, teaming with Ted DiBiase Jr., tagging and feuding with Damien Sandow, and wearing a Movember kind-of-mustache for several months, things haven’t look brighter for Cody since that angle with his dad and half-brother started.

It was one of the best storylines for 2013, with Dusty, Dustin and Cody all fighting for their job when Stephanie McMahon and her husband Triple H decided to play God with their lives.

The hot angle lead to what can be argued as the comeback of 2013, with Goldust teaming with his younger brother — The Brotherhood — for the very first time.

“Nothing was supposed to lead this way. It’s just one of those things that caught fire,” admitted Cody. “The thing you need to know about Dustin is that before his return, he had a behind-the-scene success. He’s a healthier person now. As Goldust, he has the best matches of his life. It’s like a Benjamin Button kind of story.”

For Cody, it’s something that he never thought would happen.

“It’s a real trip. We both have a different style, but I really love it. It’s a very positive thing. I never thought it would happen. He started his career when I was a kid. We are closer together now and try to make it up for the lost time,” said Cody.

“It’s an opportunity for us. We actually don’t talk that much of the ring when we are not in the ring,” he added.

Together, they became one of WWE’s best tag teams even if they only worked as a unit for only a few months. They won the tag team titles on the October 14 episode of Raw, defeating another hot tag team, The Shield. These two teams, alongside The Real Americans and The Usos, are the backbone of the tag team division right now.

Even though they haven’t been a team for a long time, they were named best tag team for 2013 at the Slammy Awards ceremony, Cody’s second, as he won for Outstanding Achievement of Baby Oil Application in 2010.

“My first Slammy was more of a tech award as it was not broadcast. This one is head and shoulders above. It’s a legit award this time,” said Cody, who also got married in 2013. 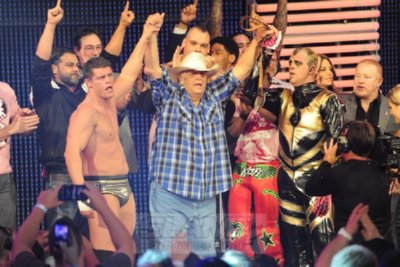 The WWE babyface roster celebrates the victory of the Rhodes family at the WWE Battleground pay-per-view in October. Photo by Mike Mastrandrea

On Sunday, January 12, Cody will be in Montreal as part of an afternoon house show at the Bell Centre. The last time Cody was in town, it was for the Monday Night Raw taping in September of 2012 when Jerry “The King” Lawler suffered a heart attack.

“I didn’t know how severe Jerry’s condition was when I hit the ring. I still can’t watch that match because of what happened and because it has no commentary on. It shows how powerful the commentator job is. It was really a tough night for all of us.”

This time around, Cody has a chance to enjoy his match a little better. His half-brother is already set against Antonio Cesaro; does that mean Cody will be pitted against Jack Swagger or a member of The Shield?

“As we speak, I’m supposed to accompany my brother, but this is way too vanilla for WWE, especially with Montreal being such an historic place for the WWE and where there’s always great action. Montreal is known to have great fans, great matches, so you’re going to see me in action for sure,” promised Cody.

Besides the match between Cesaro and Goldust, and the presence of Cody Rhodes, announced for the Bell Center show are the Unified champion Randy Orton, John Cena, Big Show, Kane, Sin Cara, Dolph Ziggler, Curtis Axel and Ryback. The show is at 5:00 p.m. and tickets are available through evenko.ca.