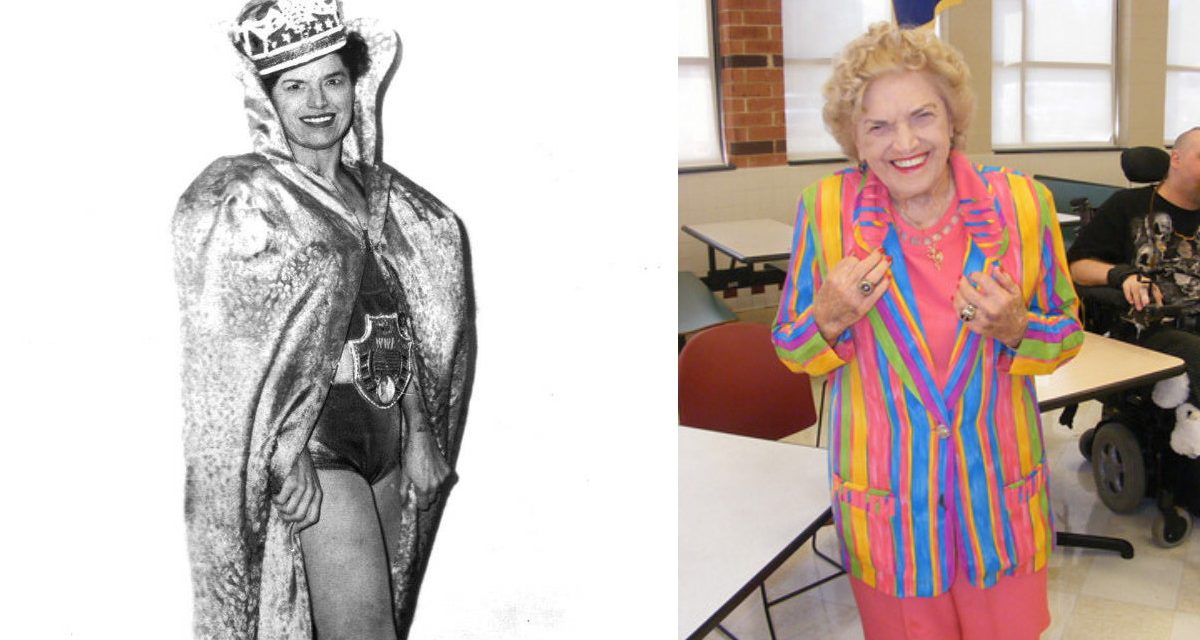 It might be the most famous — or notorious — powerbomb in WWE history. And Mae Young was all for it.

It happened on March 13, 2000, when Mae Young was wheeled out to the Monday Night Raw stage, in a wheelchair, and D-Von Dudley got her out, handed her to Bubba Ray Dudley, who then powerbombed her off the stage and through a table.

Bubba Ray’s eyes bugged out and he stared off into space.

Young was 77 years of age at the time, and it was the height of WWE’s Attitude Era.

And it was the second time the Dudley Boyz had treated Mae so roughly, having done a top-rope powerbomb through a table a week before.

“I have never thought of my age as any barrier, because I feel I can do anything these 15- and 16-year-old kids can do,” Young told writer Dave Scherer later that year for a Wrestling Digest article.

In the World Wrestling Entertainment Unscripted book, both Dudleys talked about the stunt.

“When you’ve got an 80-year-old woman like Mae Young, who you’re supposed to put through a table, at first you go, ‘What?'” said D-Von Dudley. “But when she comes up to you and slaps you in the face and tells you, ‘Don’t be a wuss with me; throw me through; I wanna go through’ — what are you gonna do? By far, that was the toughest person, pound for pound, we’ve ever been in the ring with.”

Bubba Dudley addressed how delicately he did the move: “I picked her up very lightly, put her down very gently. After the match was over and we’d gone to the back, she came up to me, grabbed me by the wrist like only Lou Thesz could have done, ‘Listen, hotshot, if you’re gonna slam me, slam me like one of the boys.’ You could imagine the look on my face, seeing this little, blonde lady telling me that. From there, we did the spot where I Superbombed her off the top of the stage, 12 feet from the ground, through two tables. She has since suggested to me on three different occasions that we do the same spot from the top of the steel cage.

“Taking an 80-year-old woman and throwing her off the stage, yeah, if you take it for face value, it’s awful. But this is entertainment. People know it’s entertainment; we tell them it’s entertainment. The whole idea was to make the Dudley Boyz more dastardly bad guys. But you tell me what is more sick: The Dudley Boyz doing that to a woman to become more dastardly bad guys in the fans’ eyes, or the fans cheering and applauding the Dudley Boyz for doing it and making us the biggest babyfaces in WWE? I’ll never forget having Mae Young in my arms before I dropped her off the stage and through the tables, and looking out and seeing people screaming and chanting with their hands in the air, ‘Yeah, do it! Kill her!’ This is what the people want. We give them what they want the safest way we know how.”

Jerry Lawler wrote about Mae Young and the incidents with the Dudleys in his autobiography: “She was absolutely indestructible. Like the Terminator, you couldn’t kill her. And I think they really tried.”