The Top Of the World promotion — T.O.W. — reaches a pinnacle this Sunday, December 1, at 10 a.m., when it brings pro wrestling back to the airwaves in the province of Quebec on the major sports station, RDS2.

The promotion itself has been around for years, running major galas a couple of times a year with notable names like Roddy Piper, Hurricane Helms, Abyss and Samoa Joe. The major names behind the company are Sylvain Grenier, who was a WWE tag team champion in La Resistance, and Marc Blondin, who was the French voice for WCW in its heyday, and has teamed with Grenier for the last few years as the French voices on TNA broadcasts. 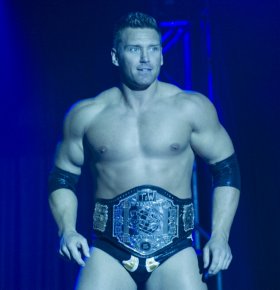 Unlike the TNA airings on RDS2, which have bumped around to various timeslots, the T.O.W. show will be on Sunday mornings for the next four weeks as a trial run, at 10 a.m.

“It’s been 26 or 27 years where there’s been no Quebec wrestling on TV here in Quebec. It is a big thing,” said Blondin. “It’s a test of four weeks, starting this coming Sunday.”

There will be a few names familiar to fans on a national scale, like Grenier and Alex Silva (who won the TNA Gut Check a while back), veteran grapplers, like Dru Onyx, Sexxxy Eddy, Eric Mastracola, and Franky TM (formerly Franky The Mobster), and a good collection of up-and-coming youngsters.

“Those four shows allow us to show that we have the talent here in Quebec, with great wrestlers, both young and more experienced, like Frankie and Dru Onyx and Mastracola,” said Blondin. “But the young guys are good also, they can understand, they can listen, they can work well.”

And don’t forget the announcers themselves. Blondin is well known, but he is not taking an announcing role here. Instead, Raymond Rougeau and Pierre Carl Ouellet take to the airwaves to describe the action in French.

Blondin acknowledges that RDS2 isn’t quite as high profile as its parent station, RDS, it is still massive exposure. On a monthly basis, despite the variety of timeslots, Blondin said that TNA draws half a million views.

“The wrestling community will follow us, because they want to watch that in French, with Ray Rougeau and PCO doing the voice-overs,” he said. “I’m excited. I don’t see a problem for a TV network to give us the go-ahead for 52 weeks. But, we have to make sure we don’t lose our shirt.”

In the end, it does come down to money. Blondin said it wasn’t easy to sell advertising, especially when there was not a finished product. “It was a challenge, because people didn’t know what we were going to show,” he said, adding that the company has almost broken even on the production cost.

The goal, besides getting a bigger commitment, which will be based on ratings delivered, is to find another buyer outside of RDS. That could be an English-language station or Europe.

“It’s very easy to do. It’s the same problem — is there an English TV station that would like to air T.O.W. in English?” he said. “English, European, it’s all possibilities, because once the show is produced, it’s paid for, it’s break-even. Even if you sell the hour with a low cost, it’s almost 100% net income.” 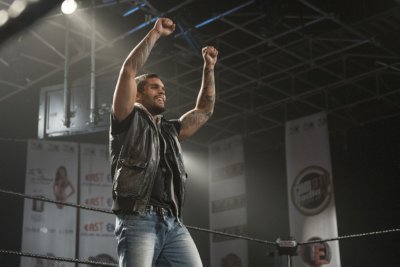 Alex Silva is one of the young, hot Quebec talents showcased by T.O.W.

“There is a whole generation of people in the province who never lived through an era with wrestling,” Hebert said. “The recent release of the book and the passing of Mad Dog Vachon has brought back a lot of nostalgia in the media and the general public. If there was ever a time for the relaunch of Québec wrestling now seems like the time where everything is lined up.”

The four initial episodes were filmed back in September — and are now ready for their closeup.