‘Bobby Champion’ is ready for his close-up 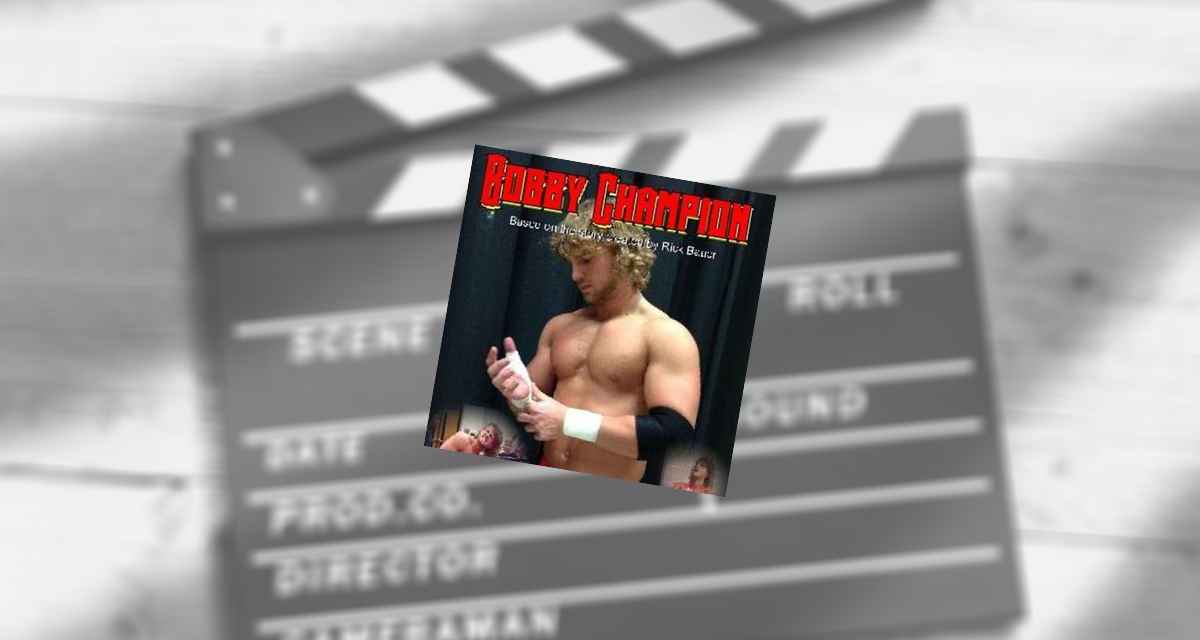 Here’s a story: a young athlete has the whole world at his doorstep, but he makes a mistake and has to change plans to care for his family. Does he come out a better person for it, or does his mistake cost him, and then keep costing himself and his family?

This story of sacrifice and penitence has been told with football, baseball, and hockey players as the focus; it has even been told with soldiers, cowboys, and gangsters. And now, coming soon, the makers of Bobby Champion are telling this story in the world of pro wrestling.

Clichés in film and television are hard to shake, and truthful, believable characters usually lie somewhere between archetypes and stereotypes. Driver’s Ed teachers, whether on the big or small screen, are usually frazzled, nervous wrecks; courting couples will have a big misunderstanding at around the two-thirds mark of the story; and pro wrestlers are not to be taken seriously.

Neither, however, are clichés without exception, and films such as The Wrestler and the original Night and the City have blazed a trail for the stories from both inside and outside of the wrestling ring to be told in earnest and without winking at the audience. Looking to join this list are the people behind Bobby Champion, a developing TV series that aims to showcase what was the reality of establishing a career in the United States during the territory-based 1980s pro wrestling landscape.

Bauer has been shepherding this story through the various incarnations, peaks, and valleys that come with all journeys in the business of entertainment. Bauer has himself been in the ring, but the seeds for Bobby Champion were planted long before that, when Bauer discovered screenwriting while still in school.

“I read the television script for Brian’s Song (a 1991 TV movie about football player Brian Piccolo), and fell in love with the formatting,” he recalls. “In 1984, I was a big wrestling fan, living in the Philadelphia era. I had an idea for a story about pro wrestling that was a little different than some of the stuff you’d see like Paradise Alley and The One and Only.”

His idea was about a high school wrestling star who receives a scholarship and is going to go to a prestigious wrestling program, but he makes a mistake. “His girlfriend gets pregnant and he has to do something about it,” Bauer explains. “He meets an old pro wrestler that says, ‘I can do something with you.’ The kid is an amateur wrestler that looks down on pro wrestling, but he finds out that not only can he do it, but he loves it.”

“It’s kind of like Rocky, where people look at it like a boxing film; it is and it isn’t,” says Bauer.

Producer LaMont Johnson concurs with that theme, and seeks to “bring in an audience that doesn’t know wrestling; we want to present it as a drama that they can get behind.”

He envisions the episodes offering 75% story and 25% wrestling.

The core elements of Bobby Champion have remained intact throughout the years, through spells of inactivity by Bauer (due to a hectic schedule as a broadcaster) to the eventual transformation from feature film to television pilot.

Bauer first took a break from the project when he found himself unexpectedly playing the role of his protagonist inside the wrestling ring. “When I was being trained (at the Fabulous Moolah’s school),” he begins, “I stopped writing for the reason of kayfabe which was very serious at the time. If I had gone into the business with a typewriter under one arm and boots in the other, I felt that people would think I was there only to gather information.”

Still, a writer is above all an observer, and there was nothing but upside for Bauer as he lived the life he was trying to create on screen, putting himself in position to fulfill that ever-present writer’s axiom: write what you know.

“Some of the characters in the story are based on observations that I made,” he continues. “Nobody is based on one particular person, but Bobby’s first match is almost identical to the first match I ever had.”

This exploration into both sides of the wrestling business, as a fan and then as a performer, has given the script of Bobby Champion a quality of realism recognized by other wrestlers who have given it a read at Bauer’s request. Unanimously, they return to him praising its truth. 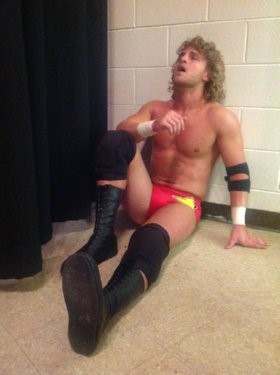 One of those believers is Adam Page, currently signed with Ring of Honor, who was drawn into the script despite the story’s faithfulness to the era in which Bauer created the idea.

“I think Rick wrote this at the time I was born, or maybe before I was born,” Page explains (without a hint of making an age joke at Bauer’s expense), “and it’s a little hard for me to relate to certain parts of the industry, because I acknowledge and respect the 1980s but I wasn’t around.”

Still, there are parts of the business “that will never change” according to Page, and he saw enough of his own life in the character to immediately relate to Bobby.

The decision to keep Bobby Champion as a 1980s wrestler plays an important part in Bauer’s quest for realism, and is supported by Johnson for the grittier style of wrestling it will portray. “I can only speak for myself,” Johnson cautions, “but today (wrestling) is flashy and isn’t as real. We want to bring to realism back to it.”

For Bauer, there’s a pragmatic side to setting the story in the 1980s as well. “It would be hard for the main character to get into the business today for the sole purpose of making money to raise a family,” he explains. “If you had got into a business in 1980, though, you’d be working and making money. You could be main-eventing.”

The demise of the regional wrestling system meant that if Bauer was writing this story right now, the lead wouldn’t even be in a wrestling ring. “If Bobby was working today, he’d probably be getting into MMA,” he admits.

Bauer and Johnson are busily prepping for casting in January, and are hoping to find support from within the wrestling community to both promote the project and fill roles in the show itself. Ray Lloyd, former WCW wrestling superstar Glacier, was announced as being a part of the project.

The project really started picking up steam for Bauer not long ago when he gave the feature-length script to Kevin Kelly at Ring of Honor. “Kelly read it and he said, ‘There’s so much material out there for wrestling, you’re only scratching the surface with this screenplay,'” Bauer says, acknowledging Kelly as the inspiration for the big change in the script’s direction: “[Kelly] said it should be a TV show, and he’s doing what he can to help it out.”

Johnson, for his part, is also zeroing in on wrestlers to fulfill new, experimental roles within the show itself. “If we accomplish our goal of bringing in actual wrestlers, let’s say Ric Flair comes in and wrestles, we’d digitally change his image to appear like he did in the ’80s,” Johnson enthuses. “We’d love to see guys like that come back and wrestle like in their younger years.”

For Page, opportunities like that would go far above and beyond the expectations he already has for his role as Bobby Champion. For him, even just playing the role provides a combination of his former life as a film student and what he discovered to be his true calling: wrestling.

I met Rick when I did my first Ring of Honor training camp, he was the cameraman recording some of the personal interviews,” Page recounts. “I was a film student in college at the time, so he told me about the project and sent me a copy of the script. I thought it was a fantastic story. I don’t think we ever spoke about me getting directly involved, but it was always kind of implied that he wanted me to be involved, and I implied that I wanted to be involved.”

Other ROH personnel finding their way into the project are Jim Cornette, in a largely advisory-based role, and Maria Kanellis, in a much larger role as a co-producer as well as playing a significant on-screen character.

Wrestling and Hollywood have both proven again and again that overnight successes take years to develop. For Rick Bauer, a 30-year long odyssey is finally nearing its end — or, nearing its new beginning.

With this wily veteran’s partnership with young up-and-comer Adam Page, it’s not hard to see them as a tag team bringing together experience and exuberance. Add to that mix Johnson, who we’ll peg as the manager overseeing the combination of Bauer and Page and directing their energies to their utmost potential, and this is a trio that not only has their sights set on success, but now find it at their doorstep, ready to be grasped.