The Class of 2014 for the Professional Wrestling Hall of Fame will have a significantly higher cost for flights, as two of the living inductees call Hawaii home — and it’s quite the trek from there to Amsterdam, NY. 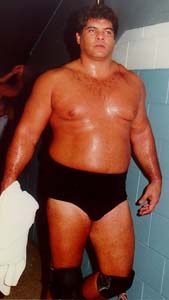 But for “Magnificent” Don Muraco and “Mr. Wrestling #2” Johnny Walker, it will be worth it to make the journey and receive their induction rings, along with other living inductees, “The Masked Superstar” Bill Eadie, and Don Fargo.

This is the 13th induction class for the PWHF. The ballots are sent to a select group of Professional Wrestling Hall of Famers and their peers, along with a select few historians (this writer included). “Cowboy” Johnny Mantell was the head of the selection committee this year.

Induction weekend is May 16-17, 2014, in Amsterdam, NY. On the Friday night, there is a wrestling card promoted by 2CW in Amsterdam. Tickets for that show go on sale Wednesday. The meet and greet and the banquet will both take place on the Saturday, and tickets will be on sale in the new year.