When most couples get married, it is customary to exchange gifts on the wedding day. But even though professional wrestlers Michael Elgin and MsChif — who will NOT be changing her name to MrsChif — got married July 4, the couple will have to wait until September 20 in order to get the ideal gift: the Ring of Honor World Championship.

On July 27, Michael begins his journey in Providence, Rhode Island, as one of the 16 participants in the single-elimination Ring of Honor world title tournament. If successful, Elgin’s final match for the ROH World Championship will take place at Death Before Dishonor XI, September 20 in Philadelphia, the birthday of ROH. 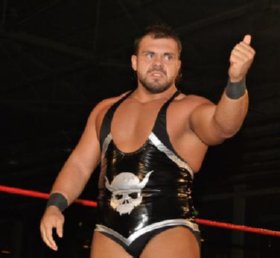 This upcoming tournament brings back memories of the Super-J Cup in Japan during the 1990s. So far, three of the named participants (Paul London, Brian Kendrick and Sonjay Dutt) are not current contracted ROH wrestlers (though all have been), meaning that ROH really is bringing in the best talent available. And if you’re wondering, yes, the Code of Honor will be enforced.

With the tournament still a few weeks away, there are still facts that need to be hashed out. Eleven participants have been named (the others are Karl Anderson, Kevin Steen, Roderick Strong, Tommaso Ciampa, Adam Cole, Jay Lethal, and “Buzzsaw” BJ Whitmer) and although Elgin is currently the number one contender for the ROH World Championship, it’s unclear if he will get the top seed or if they will be randomly assigned.

Though there are still questions that need to be answered, one fact about this tournament should be undeniable: it will be a memorable few weeks of competition. “I wholeheartedly believe this is the best promotion in the world and believe we also have the best wrestlers in the world,” Elgin said. “I think this summer people are really going to realize that this was one of the best tournaments in North America.”

Like any intelligent competitor, Elgin knows what works and doesn’t work for him when training for a match. This tournament will be no different. “I’m doing the same prep for every match I’ve ever done,” Elgin said. “I keep training in the gym and keep motivated because I know what a huge opportunity this is.”

Not only does Michael prepare for the matches physically but he also watches a lot of tapes of his opponents. “There’s a lot of preparation every week,” Elgin said. “There’s a lot of hours spent watching wrestling, picking up little things for yourself and studying other wrestlers, learning their tendencies.”

As far as Elgin’s potential opponents, he doesn’t believe there are any dark horses or easy picks for who will win the title. “Ring of Honor’s putting the best wrestlers in the world in the tournament,” Elgin said. “The competition’s going to be stacked.”

With the ROH tournament still a few weeks away, Michael knows he needs to stay sharp. For him, it means continuing to wrestle in matches before the July 27 date. 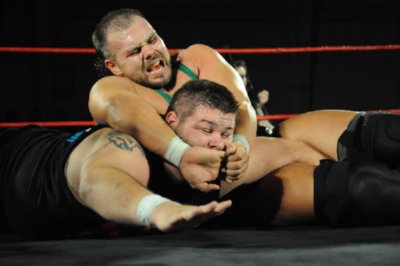 Michael Elgin tries to get Kevin Steen to submit during a bout in Toronto in October 2012. Photo by Mike Mastrandrea

This weekend, ROH hits Chicago (well, Merrionette Park) on Thursday, Milwaukee on Friday, and Saturday in Dearborn, Michigan, just outside Detroit, a place he’s very familiar with. “There are two very prestigious things that happened with my career there,” Elgin said. “One was my absolute first match as a professional wrestler. The other was my very first match in Ring of Honor.” Michael not only has great memories of the city of Dearborn, but is very familiar with the location of the event because it’s the same building where he made his ROH debut.

In Dearborn, Elgin will team up with Jay Lethal to take on the American Wolves in a tag team match. Though the ROH tournament will not include tag team matches, Michael knows it’s important to compete in a variety of match types. “The training only does so much,” Elgin said. “You have to wrestle to learn certain aspects of this business. The more you’re out there, the better.”