Being busy is good for Adam Cole 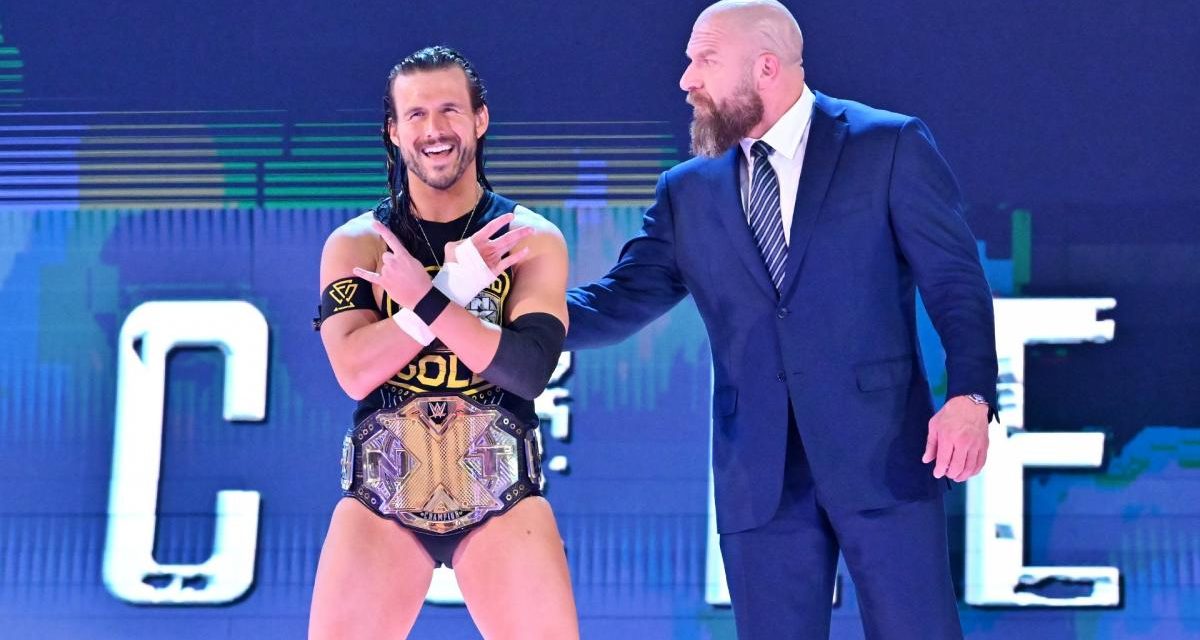 School may be out for the summer, but as far as Ring of Honor’s Adam Cole is concerned, the school of hard knocks is still in session. 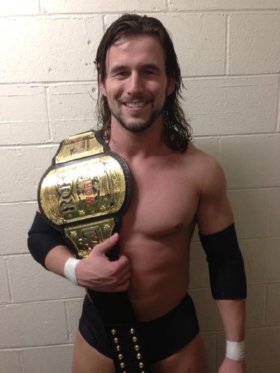 Adam Cole is the Ring of Honor TV champion.

“My schedule is actually very busy at the moment,” Cole said. “But being busy in pro wrestling is always a good thing.”

Cole has plenty of dates lined up with Ring of Honor and Pro Wrestling Guerrilla in the next few months, as well as a tour of Australia that he is very much looking forward to.

“I’ve been fortunate enough to travel the world,” he said. “Even though my schedule is hectic, that comes with the territory of wanting to be a top guy in pro wrestling, so I really enjoy being busy.”

It’s hard to argue that Cole’s not already a top guy. Since becoming a singles star in Ring of Honor, he’s already been the promotion’s Television champion, and just a few months ago at the Border Wars iPPV, Cole was within arm’s reach of the ROH World Title as well.

Cole has certainly worked very hard to get where he’s at and nobody can deny that, but he’ll be the first to admit that perhaps he pushes himself a little too hard. But that seems to be the mentality with most wrestlers these days; everybody wants to fight for those top spots and prove that they are the absolute best. Actually, that mentality hasn’t really ever changed.

“In wrestling, the mental toughness is probably the hardest thing to deal with. Everybody in this business, especially ROH guys, prides themselves on always being the best that they can be, and we put a lot of pressure on ourselves,” Cole said. “Sometimes, the fans can be very judgemental or the promoters can be very judgemental, but oftentimes, you’re your own worst enemy.”

There was a recent match on WWE Raw between Daniel Bryan and Randy Orton that was ended by doctor stoppage, due to a stinger that Bryan suffered in the match. But despite doctor’s orders, Bryan was determined to continue, only for the match to eventually be stopped anyway. This is a great example of someone perhaps pushing himself more than he should. Cole can somewhat relate to this, as he almost had a match end prematurely as well, when he nearly got his teeth knocked out in a Hybrid Fighting rules match against former partner Kyle O’Reilly about a year ago.

“The Hybrid Fighting rules match against Kyle O’Reilly was no doubt my breakout moment,” Cole said. “If the match had been stopped due to injury, I don’t know if my 2012 would have been as great as it was. I can definitely understand the promoter’s concern to protect talent, but as a competitor, I can also understand why someone would want to continue a match under those circumstances. The doctor actually came down during my match to check on me and asked if I wanted the match to be stopped, and I shook my head ‘No.’ I guess ROH kind of understood that I wasn’t in any situation where my life was on the line, or even that I could be seriously injured, and so they allowed me to keep going.”

In addition to future dates with ROH and Pro Wrestling Guerrilla, Cole’s actually got quite a busy weekend ahead of him to kind of kick off the summer months.

This weekend, Cole crosses the Canadian border and returns to the same province where he almost captured the Ring of Honor World Title back in May. Squared Circle will be running shows in Barrie, Ontario on Saturday and then in Whitby, Ontario on Sunday, and Cole will be headlining both of them.

“I obviously want to go out there and give 100 per cent every time,” Cole said. “My main goal is to get fans talking about the Adam Cole match.”

Interestingly enough, Cole’s two opponents on those shows, Tyson Dux (Saturday) and Brent Banks (Sunday), have been feuding with each other for quite some time, so Cole is certainly hoping to get both guys at their best this weekend, and he’s looking forward to the matches.

“I’ve never had the opportunity to face Brent Banks before, but I’ve heard a lot of great things about him,” Cole said. “I always love to work these indie shows, because I get to meet a lot of the newer talent.”

Although he’s still only in his early twenties, a lot of this newer talent that he mentioned might treat him like a veteran at these shows, since he’s been around the world and also has plenty of big match experience. And Cole is always willing to help out in any way he can.

“When people come to me for advice, I find it very humbling,” Cole said. “It’s very cool to be approached by some of the guys on the indie scene, and I’m more than willing to lend advice, like I had been given advice by some of the guys who came before me.”

Could this be the summer of Adam Cole? Perhaps, but it’s just getting started.