Brodus Clay tries horror in No One Lives 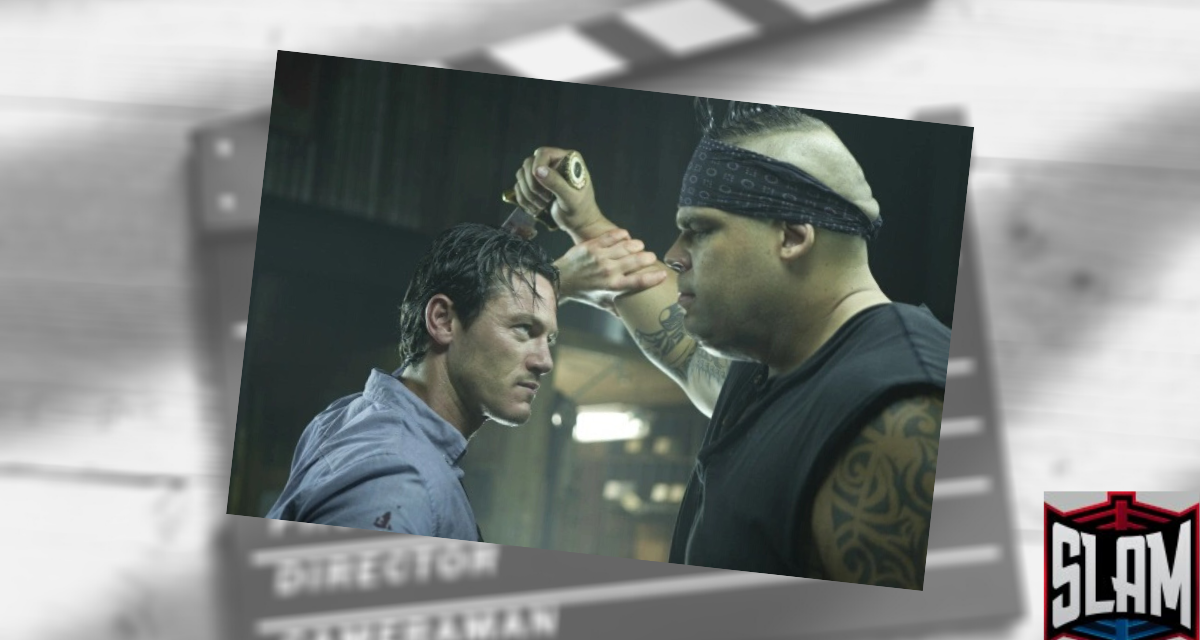 If the movie is called No One Lives, we’re not ruining anything to say that Brodus Clay doesn’t make it until the end — after all, few do. But like a good carpenter in wrestling, he sees his death as an important part of the plot.

No One Lives is a movie about a gang of ruthless highway killers who kidnap a wealthy couple. They travel cross country, discovering along the way that things are not what they seem. It came out in May, and is getting a theatrical run in Canada at select theatres as a part of the Sinister Cinema series.

“This opportunity came to me right after I was with Alberto [Del Rio],” said Brodus Clay. “We had just had the big match with Edge at Extreme Rules. I was busted open, so I was going to get some staples in my head and was going to be on the shelf for a couple of weeks. The opportunity came along and I thought it would be a lot of fun to do a horror movie.”

So, what’s the appeal for Clay? Is he a horror fan?

“I like a good horror movie, but I probably would have done anything, just for the opportunity to say you did a movie,” he admitted. His next movie role is much more family-friendly — he revealed that he has taped his part, as himself, for the upcoming animated movie with WWE stars and The Flintstones. 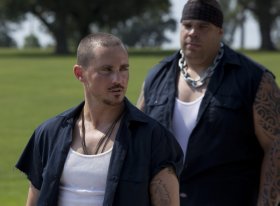 Given that it was his first movie role, Clay (real name George Murdoch), asked for advice on set.

Lee Tergesen, who played his brother, Hoag, was a big help, and in the movie, Clay’s character is very much a follower to his brother. “I talked to him a lot about stuff, and he’s done quite a bit, played a lot of different characters. Luke Evans was always helpful too.”

The press notes from the film say that Clay’s physical attributes seemed like an ideal fit for the part. “We had this character in the movie and it made sense to cast Brodus,” explained Beau Knapp, who plays Kenny. “And he’s a lot of fun to have on set — he’s such a great guy.”

How does a film differ from being in front of a WWE camera?

“Just a lot of retakes. In WWE, we just don’t have much time to retake things, try different styles and stuff,” he said. “And then to take direction from just one director, as opposed to agents and stuff. There were subtle differences, but it was kind of similar.”

In No One Lives, Brodus Clay plays Ethan, and surprisingly, he goes down without too much of a fight with the character Driver (Luke Evans), who later hides inside his corpse.

It is like doing a job in wrestling, to a degree. “If you’re good at what you do,” he began, “my death is an important part of the movie. You had to establish him as something special in terms of his ability of being a killer.”

His death is not one of the grizzlier of the killings, with it more implied than visual. There was more shot, he confirmed, but the story needs to be strong.

“We needed there to be a mystery around my death, because eventually of what happens,” he teased.

Horror film ‘No One Lives’ comfortable in its own skin