WrestleCon a massive ‘sidedish’ to WrestleMania

Next weekend, thousands of professional wrestling fans will arrive in the New York and New Jersey area for WrestleMania and its associated festivities. But WWE doesn’t hold the monopoly on the weekend’s events. WrestleCon, a mammoth convention that is being held at the Meadowlands Expo Center, offers wrestling fans an alternative — including autograph sessions, VIP meet and greets, and a number of independent shows under one roof.

Organized by Highspots and WWNLive, the convention, on paper, is one of the most ambitious of its kind. Over 100 of the industry’s biggest names from today and yesteryear will be on hand for photo opportunities and autographs. Named guests include a veritable who’s who of the industry: Hulk Hogan, the Ultimate Warrior, Kurt Angle, Bret Hart, Bobby Heenan, Kevin Nash, Rob Van Dam, William Regal, Matt Hardy, Colt Cabana, Superstar Billy Graham, Jake Roberts, Mickie James, Jushin “Thunder” Liger, Beth Phoenix, Kelly Kelly, and Demolition. In a fun offering, fans can meet some of wrestling’s most famous, and infamous, “characters”, like The Boogeyman, the Shockmaster, Mantaur, Outback Jack, and the Mean Street Posse. 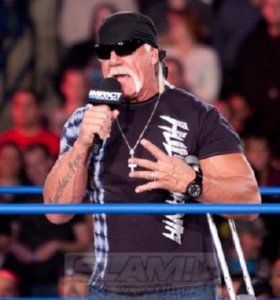 “Let me tell you something, brother! WrestleCon is BIG!”

As well, a number of vendors will be on hand. It will be literally a one-stop shop for attendees looking to pick up action figures, DVDs, books, and almost any other memorabilia they can think of.

“Im excited,” Bochicchio said. “Excited that we were able to get all these organizations, wrestling personalities, convention organizers, and vendors under one roof for the fans. We have such a large sample platter for people between the live events, opportunities to meeting the wrestlers, to the alternative late night events, that I think every fan can find something new and different to enjoy.”

During the planning of the event, Bochicchio had no idea what the end product would be — his goal was just to make this a weekend that fans won’t ever forget.

“We had no idea that it would turn into something of this large scale,” he confirmed. “I’m really excited to see the energy that will be in that building and I’m hoping it will sustain throughout the weekend.”

In addition to the fans, he also sees this as an opportunity for the wrestlers and legends that aren’t currently associated with WWE to get together and celebrate the industry.

“I think it’s great that everybody associated with this business now has a place to connect on an annual basis. It’s a great opportunity for people within the industry to network and catch up with each other.”

Planning something on this scale has got to have challenges. But Bochicchio is quick to credit his business partners and others involved in the weekend for making sure it has gone as smooth as possible. And he’s optimistic — and hopeful — that this trend continues throughout the weekend.

“My biggest worry is not having enough staff to make sure everybody has the best experience possible,” he shared. “The burden is certainly lightened by having some great vendors doing a lot of the heavy lifting … K&S WrestleFest and Legends of the Ring really stepped up in bringing a lot of talent to the convention. WWN is handling all the live events. The biggest headache will certainly be in doing our best to keep everything running on schedule so the fans can sample a little bit of everything as their time permits. We have a lot of guys that are doing Axxess and WrestleCon on the same day, so keeping to our schedule is definitely the biggest challenge.”

Overall, Bochicchio is confident that fans who attend WrestleCon will get an amazing experience. Based on advance sales, he feels that the event can already be seen as a success, and he does intend to truly make WrestleCon an annual event.

“Our biggest goal is sustaining the momentum that is created from this year and hoping it translates next year to New Orleans (the announced location of WrestleMania 30).”

Bochicchio is quick to credit the WWE’s annual spectacle for delivering him his target market, and he doesn’t downplay its importance.

“All of this isn’t possible without the WWE and the importance of WrestleMania,” he acknowledged. “It’s unquestionably the Super Bowl of our industry, and we’re all wrestling fans and obviously in town for the big show.”

“We are just happy to provide an alternative for wrestling fans and hopefully let them know about the creative people that survive in the wrestling business, to finally give them some exposure at WrestleCon. We’re certainly a way for the fans to enjoy a little side dish with their steak that is the WWE.”

WrestleCon takes place at the Meadowlands Expo Center in Seacaucus NJ from April 5-7. For more information about WrestleCon, including the full list of guests, the detailed schedule of wrestling events, and ticket information, visit www.Wrestlecon.com.