From great depths often come great heights. For Montreal’s Alex Silva, the death of his trainer, best friend and father, ex-wrestler Tommy Rose, in February has been tempered by Silva’s just-signed deal with TNA. 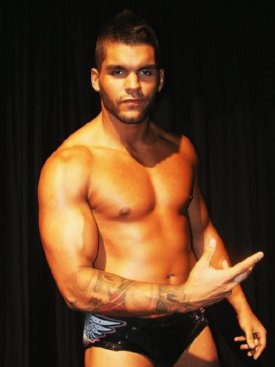 Trained by the late Edouard Carpentier at the end of the 1980s and having wrestled for nearly 20 years throughout Quebec, the United States and Puerto Rico, Tommy Rose (Jean-Louis Freitas) was the biggest influence on his son’s career.

“He didn’t have any money, but he made sure he did everything in his power for me to succeed,” Silva said after his dad passed away on February 10th at the age of 42 of an undisclosed cause of death.

Silva was called to the ring to receive his evaluation of last week’s match with Robbie E. Judges Bruce Pritchard and Ric Flair were ready to send the youngster home, but Al Snow talked them into changing their minds and Silva had to cut a promo before finally Pritchard and Flair agreed to sign him.

The “TNA Gut Check Open Fight Night” is a new concept and Silva is the first one to be signed out of it.

Currently wrestling for TNA’s developmental promotion Ohio Valley Wrestling in Louisville, Kentucky, Silva was on the radar of the main office for a few months now. On November 15, 2011, he had a dark match against Austin Aries. This was at the same time OVW began its partnership role with TNA.

Born January 23, 1990 in Montreal, Alexandre Freitas started wrestling at the early age of 14. Trained by his dad, he made his debut for Paul Leduc’s FLQ promotion in Montreal in 2004, under the name of Sean Simmons.

After changing his name to Alex Silva, wrestling many years in the province of Quebec and having some indy bookings in Atlanta, Chicago, Wisconsin and Hawaii, he made his debut for OVW on November 17, 2010.

On December 11, he won the OVW TV title from Mohamed Ali Vaez, becoming the youngest TV champion in OVW’s history.

He lost the title back to Vaez on January 26, 2011 and return to Montreal a few weeks after, not without making a good impression on TNA’s management.

“He has a lot of potential, he’s still a rookie, but he looks good and works hard. He’s still young. When you wanna play with the big dogs, you have to get out of your backyard and that’s exactly what he did,” said Jim Cornette, who worked at the time for OVW, in 2011.

In July 2011, Silva was back with OVW and a few months after, on November 9, he was winning the TV title a second time defeating Rocco Belagio. His second reign was a very short one as he lost the title the week after to the hands of Adam Revolver. He came back to Montreal soon after, but was back in Louisville on March 10 of this year. 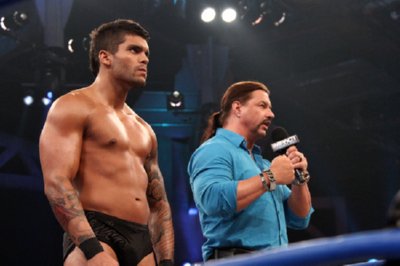 That summer was a special one for Silva as he got also noticed by WWE. On August 1, he wrestled Brodus Clay in a dark match. The next day, using the name of Pat Silva, he got another match with Clay, but this time, it was taped for WWE Superstars.

During the years 2010-11, he also worked a few matches for Ring of Honor TV tapings, against the likes of Michael Elgin, Tommaso Ciampa and Mike Mondo. He also wrestled a couple of times with Dave “Fit” Finlay for AWE.

In what once was a hotbed for Canadian wrestlers, Silva will only become the third Canadian in today’s TNA roster, after TNA’s champion Bobby Roode and Knockouts co-tag team champion Eric Young. On the women’s side, Gail Kim, Angelina Love and Sarita (Sarah Stock) represent the Maple Leaf flag.

More details will be revealed in the coming weeks, including when he’ll make his official TNA debut.

“You have to watch Thursday to get the rest of your answers,” concluded the young signee, teasing that his fans will know more about the hows and whens by watching TNA Impact! on Spike TV this Thursday night.

But in the meantime, somewhere, someplace, Tommy Rose is smiling right now, proud of his son, TNA’s newest acquisition.

Pat Laprade had the chance to watch Alex Silva wrestled since he was a teenager and as the Quebec wrestling representative, he’s really proud too, as Silva is the first Quebecer to ever sign with TNA.