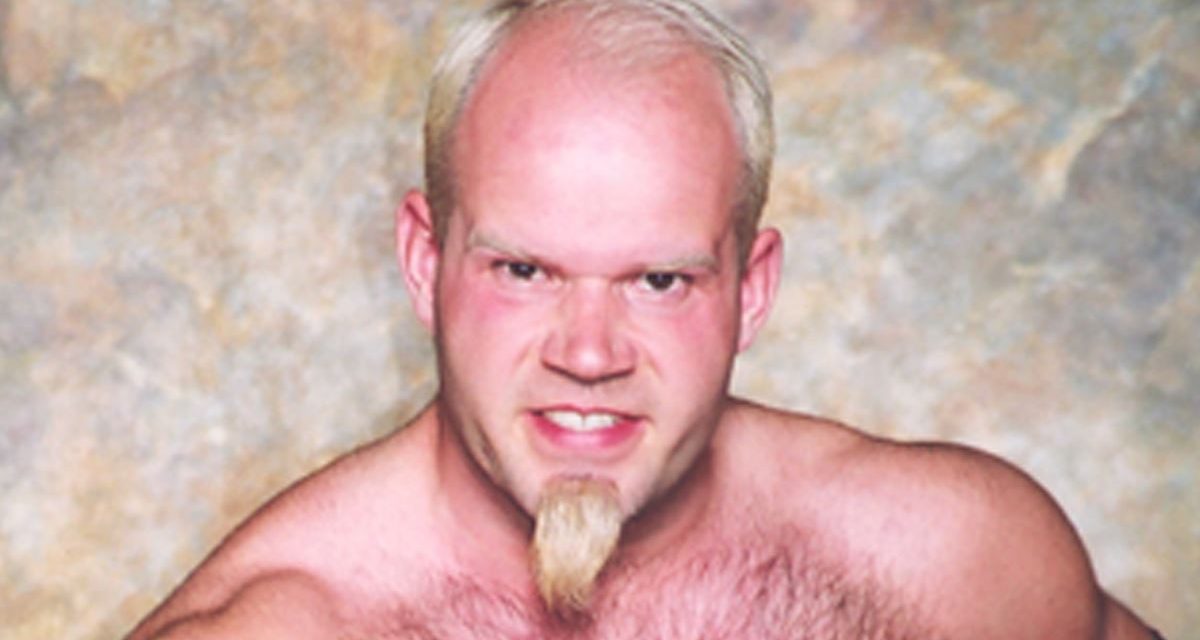 How fast things can change in professional wrestling in this social media world. On the phone from Alberta, Vance Nevada was under the impression that he was the new NWA World champion, and shared his overwhelming joy. Yet before this story is written, the NWA Board of Directors has ruled that Adam Pearce is still the champ. 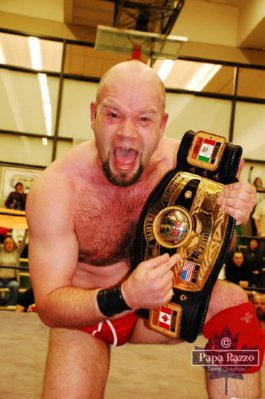 Friday night in Red Deer, Alberta, Pearce put the World title on the line against “Mr. Beefy Goodness” Vance Nevada, a veteran of the Canadian wrestling scene, in a bout promoted by the CNWA.

“Quite honestly, I’m still in shock. It is really overwhelming. First of all, the experience, the match, and just the overwhelming support over the last 24 hours. My phone and email have been going non-stop,” Nevada told SLAM! Wrestling.

The web has been full of responses to his title win, including photos of Nevada with the title on Facebook.

He addressed his opponent, with great praise.

“Adam Pearce is probably one of the most underrated wrestlers in our industry. So crisp, so smooth. Really a wrestler’s wrestler. Fantastic to even have that opportunity. You really don’t appreciate a great wrestler until you’re in the ring with one, it’s a whole different ballgame. You can watch a good match, but when you’re in there with a guy who is really at the peak of his game, it is really fantastic,” said Nevada.

Nevada was aware that the title change was under review

“It is still under review, as far as I know. I expect to hear word later today when we get to Lloydminister. For now, I’m going to enjoy the moment,” he said.

The NWA Board of Directors issued this decision Saturday afternoon: “Due to the unfortunate but blatant and wholly egregious rules violations in last night’s bout, we have no choice but to rule that Vance Nevada is hereby disqualified from the contest. Therefore, Adam Pearce is declared the winner of the contest, and as a result he retains the championship.”

According to the NWA, Pearce had particularly protested “referee incompetence.”

“It took 12 hours, but justice is served. SUCCESS in Red Deer. Massive Damage will pay tonight in Lloydminster, Alberta,” Pearce wrote on his Facebook page.

Nevada, originally from Winnipeg, was happy he got to share the fleeting moment with many friends in Red Deer, his home for the last number of years.

“There’s a few people that say, ‘Yeah, I need to get out to a match one time.’ As independent guys, we’re used to hearing that all the time. ‘Yeah, yeah, for sure we’ll get tickets’ — and then you don’t see them at the matches,” he explained. “Last night, for whatever reason, a lot of people that are near and dear to me were in the crowd and got to experience that with me.”

Regardless, Nevada is pleased with the attention that his home promotion got.

“I’m not only excited about this for myself, but I think this will put a spotlight on Canadian wrestling, specifically the CNWA,” he said. “People don’t pay attention to what’s going on in Canada and today, right now, they are. Everyone now, especially in the United States, is very curious about what is going on in Alberta right now.”

No doubt, the storylines will continue as Pearce, the NWA World champ since July 2011, makes appearances tonight in Lloydminister, Alberta (versus Massive Damage), and Sunday in Moose Jaw, Saskatchewan (versus Mark Posey).