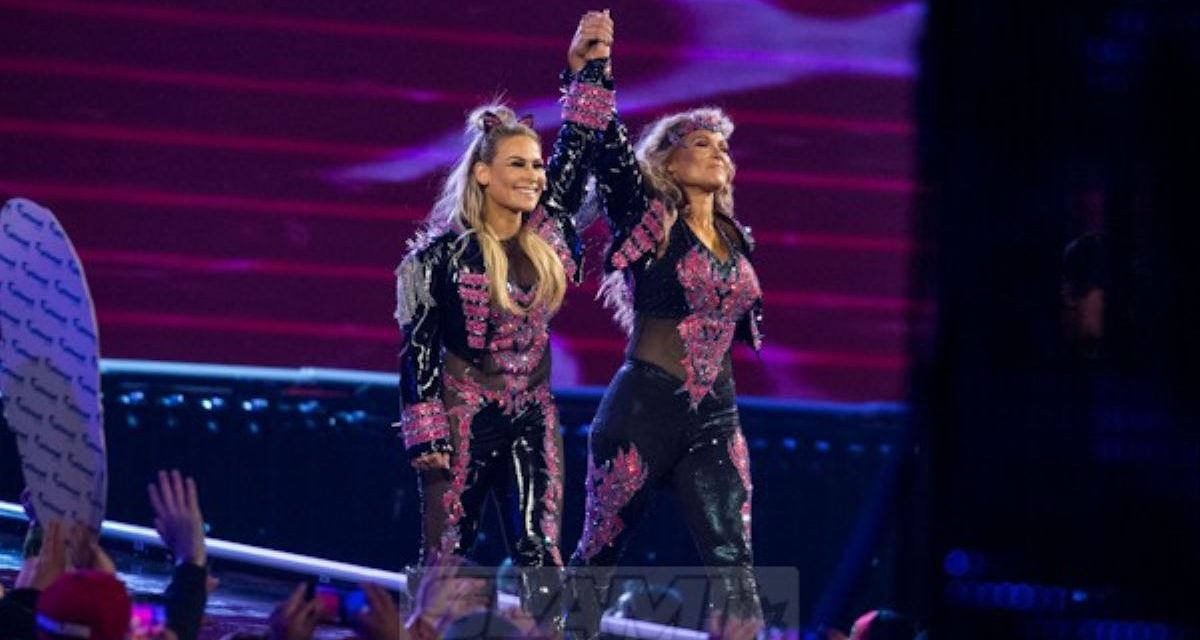 The pairing of Beth Phoenix and Natalya may have had some different names during their tenure atop the WWE Divas division, but their impact has always been consistent — pain and suffering for the “Barbie dolls” who have taken to wrestling. 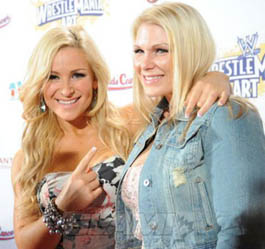 As they say, the best storylines have a bit of truth to them. Given that both Natalya and Phoenix paid their dues on the indy scene for years and years before their break in WWE, it’s natural for them to target the girls that may have gotten into the wrestling business through modeling or the Diva Search contests.

“Beth and I, we’re very real. I think that people, whether you like us or hate us, we’re not the norm, we’re not the cookie cutter, we’re not Barbie dolls. We pride ourselves on being very, very, very different. Both of us love Olympic powerlifting, both of us have a very strong confidence about us when we’re in the ring,” Natalya recently told SLAM! Wrestling.

“We really know what we’re doing, and people can respect that. We’re very much on the same page, and different in a lot of ways, but we’re very much on the same page. I think we want to make change as far as the Divas go, and the Divas division for WWE. I think making girls cry is a perfect way to say, ‘Hey, we’re in charge, and if you don’t like it, then deal with it.'”

The Divas of Destruction have targeted Kelly Kelly in particular, but Eve Torres and Alicia Fox have been recently victims too.

“We have so many incredible girls in our Divas division, everybody from Tamina to Alicia to Eve, Kelly Kelly — the possibilities are endless — The Bella Twins. All the girls can go. Are they Beth Phoenix and Natalya? No. But all the girls are very capable,” Natalya said.

The friendship with Phoenix actually has its roots on MySpace.

“Before I ever got signed by WWE, she sent me a message — speaking of social media, on MySpace — saying, ‘Hi, my name is Beth. I’m a huge fan of your family.’ It was before she’d even gotten signed by WWE, before she went down to OVW, any of that,” said Natalya, who is the daughter of Jim “The Anvil” Neidhart and Ellie Hart, making Stu Hart her grandfather and the likes of Bret, Owen and Bruce Hart her uncles.

“She showed me her journal diary entries when she was a little girl about Bret and Owen; she just was obsessed by them,” laughed Natalya.

Before they’d ever met, they had been told that there were similarities.

“She and I have also been compared. I met Mark Henry for the first time, and he said, ‘You remind me so much of Beth Phoenix,'” said Natalya. “People would always tell her, ‘My gosh, you remind me so much of Nattie.’ We’d never really met each other before we got into WWE. We just are so much alike, in so many different ways. Getting to work with her in WWE is a dream come true, because it’s definitely more fun to go into the ring and have your best friend by your side.”

Natalya recognizes the nature of pro wrestling and, if Bret and Owen can have a great feud, why not her and Beth Phoenix?

“Down the road, you never know what may happen,” she admitted. “I think it would be historic, revolutionary.”

Living close to the WWE’s Florida developmental school, Natalya gets a chance to see the future of the company in action more than most.

“One girl that I have my eye on is Shaul Guerrero; I know that she goes by the name Raquel Diaz down in FCW,” Natalya said. “She’s Eddie and Vickie’s daughter and she is somebody, I know she’s very new and she’s up-and-coming, but she has a lot of personality. She’s a beautiful girl. The fact that she’s the only other third-generation Diva in the world, besides myself, I have a vested interest in wanting to do something great with her. She seems to be very humble and a good person. You never know if I’ll recruit her into my Diva of Doomness!”

In the more immediate term is Natalya’s issues with Tamina, the WWE Diva who is the daughter of Jimmy “Superfly” Snuka.

Like Natalya, who managed Tyson Kidd and David Hart Smith as the Hart Dynasty before really getting a chance to compete as a wrestler, Tamina followed a similar path, managing the Uso Brothers, the sons of former WWE star Rikishi.

“That’s the beauty of WWE, you get to perform in many different avenues. I managed the Hart Dynasty and I got to do stuff with Mr. McMahon at WrestleMania, be with my uncle, kind of explore my own avenue, being the Divas champion, feuding with LayCool, doing a lot of cool stuff like that,” recalled Natalya.

“It’s nice to see Tamina getting an opportunity to that, but she’s getting in the ring with a third-generation Diva. She’s getting in the ring with me, someone who knows, I know my craft better than any other Diva in the company. I know what I’m doing and I’m very, very capable in there. I understand that Tamina comes from a huge wrestling family; the Samoans are as big as the Harts are. But, at the same time, Tamina knows to bring her very best, because I’m not going to let her get away with anything. It’s like, are you on Team Natalya, or are you on Team Snuka? We’ll see what happens. It’s great for her to get an opportunity like that.”

Natalya enjoys delivering the tough talk, even if it is a bit of an act.