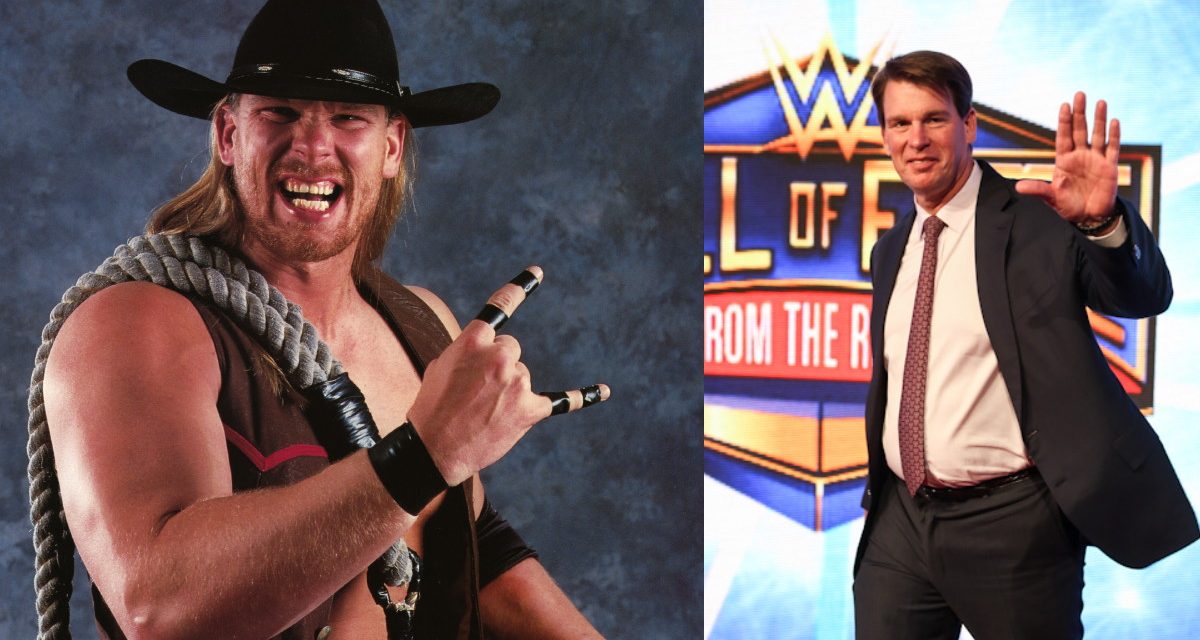 JBL has taken his first non-WWE wrestling booking since his retirement at WrestleMania XXV. He has confirmed he will be in Waterloo, Iowa, next summer, to accept the Lou Thesz Award at the George Tragos/Lou Thesz Professional Wrestling Hall of Fame induction weekend. 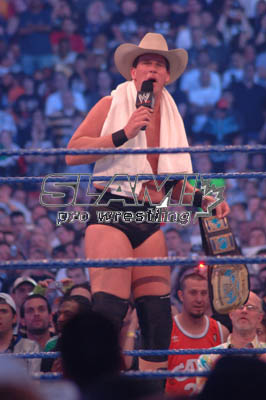 JBL is in the ring before WrestleMania 25, as the Intercontinental champion, where he abruptly retired following his quick loss to Rey Mysterio. Photo by Mike Mastrandrea

The Lou Thesz Award is given to an individual in wrestling who has taken the skills of the sport into the realm of public service. John Bradshaw Layfield, known as Justin “Hawk” Bradshaw or JBL at various times during his wrestling career, is receiving the honour for his work with the U.S. troops overseas and his charity work in his current home of Bermuda.

“When Jerry Brisco called me and told me about it, I knew of the hall, of course. When Jerry told me what it was for, I haven’t done any appearances since I left WWE. I’m not bitter; in fact, I’ve got a great relationship with them. I’m working with kids in Bermuda, and I don’t like doing appearances, because I’d have to fly somewhere and leave my program to do that. So I haven’t accepted anything,” JBL told SLAM! Wrestling early one morning, before taping his weekly TV show, Fox News Channel’s Bulls & Bears, in New York City.

The Tragos/Thesz Hall of Fame is a part of the National Wrestling Hall of Fame Dan Gable Museum and has paid tribute to professional wrestlers who have had legitimate amateur backgrounds. This year’s inductees are Kurt Angle, who won a gold medal for the United States at the 1996 Olympic Games in Atlanta, and Don Curtis, who died in March 2008, and was a member of the University of Buffalo wrestling team before a lengthy career in the ring during the 1950s and 1960s. As well, Bill Apter will receive the Jim Melby Award for his contributions to professional wrestling journalism.

“I’m a huge fan of amateur wrestling, just a massive fan of it, and to find out Kurt Angle was going in was pretty cool,” said JBL. “When I found out what it was about, that it was for my work with the troops, and the stuff we’ve done with Iraq and Afghanistan, I was very overwhelmed, I guess, to say the least for it. It highlights some of the work being done with the troops, which is very important to me.”

It’s also fitting that it was Jerry Brisco (Tragos/Thesz Class of 2005) who made the call, since JBL was the one who inducted Jerry and his brother Jack Brisco into the WWE Hall of Fame.

“JBL is deserving of this great award because of his outstanding service to our troops overseas,” said Jerry Brisco. “JBL started going to Iran and Afghanistan in the beginning and has received numerous awards from the USO including a flag that was flown in an Iraqi war zone.”

The trip from Bermuda to Iowa is a long one, and not something that JBL is particularly looking forward to, he admitted.

It’s the same reason he’s turned down overtures from WWE for appearances.

“I still talk to the guys at WWE regularly. I’ve got a great relationship. I did the one thing with “Stone Cold” [Steve Austin] several months ago to promote WrestleMania. It’s not that I don’t want to do anything, it’s just I don’t want to travel. I’m tired of getting on a plane. Plus, living in Bermuda, it’s a long trek to get anywhere to do something for them,” he said.

Essentially, he is limited to appearances close to the East Coast, and WWE has called a few times, “but logistically, I couldn’t do.”

Bradshaw has definitely given some thought to his legacy and how people remember him.

“My dad said, ‘Get your hat, shake everybody’s hand, and leave with your head held high.’ A lot of guys come back and water down their legacy. I don’t want to be one of those guys that comes back all the time, and people look and say, ‘Look, there goes JBL again.’ I think it’s a matter of respect for the business is one of the reasons that I don’t come back.

“But I’m not opposed to it, you never say never. I can almost guarantee to ya that I’ll never wrestle again. But if I had some opportunity down the line, and it’s never come up, and when I say this, people think I’m looking for a job — I’m not looking for a job, and they’re not looking to hire me. It’s mutual. But if something came up down the line to play some character or do some commentary, I would certainly look at it. I don’t know if I’d accept it, but I’d certainly look at it.”

He has even turned down the easy money from fan fests, where he would only have to sit and sign autographs for a few hours. “I haven’t agreed to do anything, and I do very few interviews. I don’t have that much to say! I’m a big fan of the business. I like what they do. I’m not going to come on and bash anybody, so I’m not a very good interview.”

Get JBL going on some of his pet peeves and passions, and he’s a veritable quote machine.

Ever thought of politics, JBL? You had your “Cabinet” during your WWE run.

“I hate politicians, so I feel like I’d hate myself if I ran. I think these guys are terrible, absolutely terrible, every single one of them, and I mean across the board — this is not a partisan comment or Republicans or Democrats. I think they have a 9% approval rating, and I can’t figure out what morons are in that 9% that approve of these guys, because these guys, I cannot believe how bad our politicians are, and I just don’t think one person could make much difference. People tell me all the time, ‘If you don’t do it, then nobody stands up.’ Well, I’m doing something that I want to do with disenfranchised kids. I’ve picked, at least for now, the battle I want to fight.”

How about Layfield Energy, a marketer of energy drinks that marked his last round of media in North America. “Fortunately I was able to sell it, and gladly did it. It was the hardest business I’d ever done in my life.”

It is his work with troubled kids in Bermuda that gets his most energy these days, he said.

The idea is that sport can be a tool for change. With a parent organization, Beyond Sport, to model his program after, JBL has set up an after-school program where kids get help with their homework, mentoring and rugby practice.

“We have coaches that are designed to spot at-risk kids and to spot mentoring problems that need to be addressed,” he said. “So we let them play rugby. To them, it’s just a fun program. We also give them an evening meal, and a snack when they get there. We try to help them graduate, we try to help them fit into society a little better.”

Bermuda has been home for JBL and his wife Meredith Whitney for a few years now, a decent balance for Whitney, who has to work in New York City, and JBL, who only needs to be in NYC once a week and hates how busy the city is. (Though the news Tuesday from TMZ that his scooter was stolen in Bermuda might draw comparisons to NYC.)

He admits most people wouldn’t immediately associate a tropical paradise like Bermuda with troubled youth.

“It’s an island like anywhere else. There’s a lot of money in Bermuda. That’s where Google and Microsoft, Yahoo, park their money. It’s the reinsurance capital of the world. It’s a hedge fund haven, it’s where people hide their money. There’s a lot of very, very wealthy people there. But there’s also the people, about 30% are probably your ex-pats and people who come there for the economic system; 70% are the people that are your local people. Those are the people that have become disenfranchised, and you can imagine how that’s exasperated because these kids, just a few blocks from where their gangs are, see these uber-wealthy people. So you’re starting to get a little undercurrent of disenfranchised people,” he said. “St. Thomas, to me, is one of the worst places in the world, but you go to a resort and it’s idyllic and it’s beautiful. Most of Bermuda is beautiful because they keep this violence and these problems in a couple of central areas. That doesn’t mean it’s dealt with; in fact, I don’t think it is dealt with.”

For a former football player at Abilene Christian University and in the World League of American Football for the San Antonio Riders, rugby has been a challenge, especially because he’d never played it before. 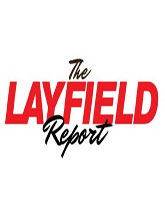 With the rest of his time, JBL works on his radio show and LayfieldReport.com, which he is building into a news site.”You hardly ever find it in the United States at all. I love the sport. Rugby’s one of the few sports that you can just watch and not know anything about and just enjoy. Unlike American football, or cricket, where you have to know about the game, it’s just a fun game,” JBL said. “I’m learning a lot about it, and I’m actually coaching the kids myself. I’ve coached kids all my life, but I’ve never coached rugby. I’m learning as much as they are. It was just the perfect sport for us. When you take kids out of violent areas, and kids that are disenfranchised, you can’t tell them, ‘Okay, no more violence.’ You’ve got to give something to replace that. Rugby is the perfect sport for that, because it helps replace the violence that was in their lives, and just what normal, growing boys in a disenfranchised system feel.”