WWE ’12 takes gaming to the next level

For a couple weeks now, I’ve had the privilege of playing what I now consider to be my new favourite wrestling game — WWE ’12. No, I’m not exaggerating. I’ve finally found something that wrests the title of “best game ever” from No Mercy.

Now by all means, THQ’s game is not perfect — no game across any platform except for ones involving the Triforce are — but the flaws are few and far between. 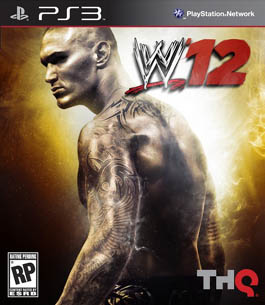 Let’s first talk Predator system. THQ has really upped the ante on giving WWE ’12 a great system to play in. Not that Smackdown vs. Raw was ever truly “bad,” per se, but there were struggles that a lot of gamers had, between AI and odd “warping” where you and a foe would suddenly shift to the middle of the ring if a certain move was executed.

All of this has been cleaned up and individual matches present beautifully. The graphics, which were top notch last year, have been upped once again, with some characters looking so closely like their real-life counterparts that it’s starting to get scary.

Additionally, the flow of the game has vastly improved. I didn’t find Smackdown vs. Raw 11 to be choppy, but playing WWE ’12 is like making the jump from fourth to fifth gen systems — it really is that advanced.

Another part that has changed is the control system, at least on Xbox 360. As someone who rates pick-up-and-play very high in my enjoyment of a game (namely because I detest reading instruction manuals), I was somewhat annoyed by this, even more when I couldn’t set my controller option to last year’s model. Still, after about six plays the transition to the new model was flawless and I was back to kicking ass.

Now being a big on the egotistical side, I’ve always liked putting myself in the game. In Smackdown vs. Raw 11, THQ accomplished this seamlessly, not only putting me and other created characters into the WWE Universe mix, but also in their version of career mode. This time around, Universe has really been solidified with some post-match antics which help push storylines ahead and don’t just make you feel like you’re in the midst of a random series of bouts.

On the downside though, the career mode has been cut back from five options in storylines to a single stream. I liked the variety that was presented last year, but if cutting back storylines meant that the rest of the game was enhanced, then it was a sacrifice worth making.

The only other really sore thumb is that the commentary problem that has plagued WWE games for years is still here. Yes, there are fresh tracks, but if you play as often as most WWE gamers will, you’re going to get sick of the tracks quickly.

Still, the enjoyment of the game overall supersedes these flaws and makes WWE ’12 by far the best game the Fed and THQ have produced. Don’t think twice — get your copy today.