Roode: ‘This is my moment’

On Sunday, Bobby Roode will step into the ring at Liacouras Center in Philadelphia for what he calls the biggest match of his career: A one-fall match for the TNA World Heavyweight Championship with Kurt Angle at the company’s biggest show of the year, Bound For Glory. Has this match consumed him? Absolutely, he says.

“This moment has consumed my entire career for 13 years,” Roode told SLAM! Wrestling last week. “Waiting for an opportunity, busting my ass, staying loyal to this company, being on the road 200 days a year. The ups and downs with this company, financially, to where we’re at now, it’s been a long road. Everything’s paying off for me right now. I truly feel this is my moment and I’m ready for it.” 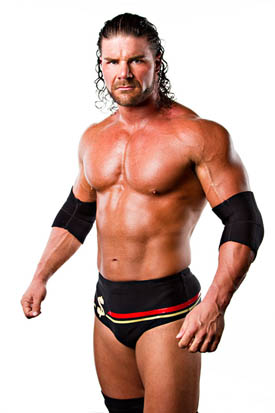 Roode is coming into this match more confident than he’s ever been, he said. And it’s hard not to be. He won the three-month Bound For Glory series with two wins last month at No Surrender, beating both Gunner and Bully Ray in the same night to capture his first title shot. Now he earns an opportunity at Angle’s championship and he knows there’s a lot on the line.

Roode said there’s “absolutely nobody better in the business” than Kurt Angle, but with that comes a certain pressure to perform, especially considering his first world title shot is coming at the company’s biggest show of the year. He says both he and Angle are ready to steal the show come Sunday.

“We have a lot of momentum as far as stories go and being in the main event, being the last match of the night and being for the world title. I don’t think it’s going to disappoint anybody.”

The match has barely left Roode’s mind since he earned his title shot. He said he’s been watching a lot of Angle’s old matches, so between that and working out and preparing for the match, it’s on his mind quite a bit.

“It’s something I’ve waited 13 years for,” he said. “For the last 13 years, I’ve dreamed of this moment. I’m not going to let it slip by me. I’m enjoying every minute of it. I’m not going to just not think about the match and go on everyday and not pay attention to what’s about to happen. It’s always on my mind. I think about it when I wake up, I think about it when I go to bed, it’s one of those things. This is the Super Bowl for me. This is the chance to win the Super Bowl ring or the Stanley Cup ring. This is as big as it gets for me.” 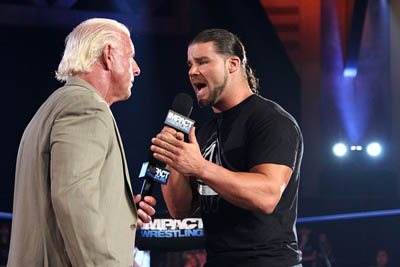 And with the stakes being so high, one has to wonder what someone in Roode’s position does to make sure he stays healthy in the five weeks between No Surrender and Bound For Glory. In that time, Roode has wrestled all his fellow Fortune members on editions of Impact Wrestling, and last weekend, as TNA toured Quebec, he was in three matches while Angle had the weekend off. Has he been walking on egg shells for the last five weeks?

“I try not to think about injuries too much, but it’s definitely one of those things you have to be concerned with,” he said. “There’s always that factor, but you have to be careful. You have to be careful all the time, though. It’s not ballet, it’s professional wrestling and I’ve been doing this for 13 years and I’m in the best shape of my life, so I just have to be ready and just play smart.”

Come Sunday, Roode said, knowing his style and knowing Angle’s style, he’s expecting a very physical match, along with one that, scientifically and technically, is going to be “very sound.” With his confidence at an all-time high, Roode is ready to let it ride.

“It’s Bound For Glory. You have to leave it all in the ring,” he said. “From the beginning of the match to the end of the match, it’s going to be emotional, it’s going to be a great story to follow and watch and all I can say is it’s going to be physically and mentally draining. I know it is. Every time Kurt has matches, he raises the bar and I’m prepared to go out there and do that with him.”