Mosca’s autobiography an experiment in publish-on-demand

Angelo Mosca’s new autobiography, written with Steve Milton, is more than just a tale of one of the most famous Canadian football players of all time and one of the meanest wrestlers ever, it’s also the biggest venture ever for the Lulu.com publish-on-demand concept.

Lulu.com, created in 2002, has allowed millions of people to self-publish since its inception, but very rarely has the company acted as the publisher as well.

Fortunately, seeing how Lulu.com and the Hamilton Ti-Cats football team — the squad Mosca is most associated with — are owned by the same person, Hamilton’s Bob Young, it’s a smooth marriage. 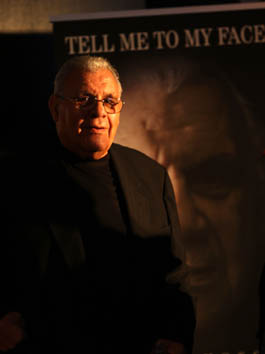 For Tell Me To My Face, Lulu.com is printing copies ahead of purchase, for sales at CFL games, such as Friday’s tilt between the Ti-Cats and Eskimos, with Mosca on hand, or for other events.

“We seldom act as the publisher. In this case, with personal interest in Ang and the story, we’re making a big exception and pushing this one hard,” Young told SLAM! Wrestling at the Toronto launch of the book.

“If the book isn’t a success, I’m in trouble,” joked Young, since he was the one that convinced Mosca to write the book.

Back in July, Mosca talked about Young’s push. “I really didn’t want to do it. He said, ‘But you’ve got to leave a legacy, Ang.’ I said, ‘I guess so.’ It’s an interesting book. There’s a lot that people don’t know about my background. I’ve opened up a little bit.”

The author, Steve Milton, who has 20 different books to his credit, said he admired Mosca for “the bravery that it took” to “reveal his soul” in the book.

“He’s full of stories, a lot of fun. It’s nerve-wracking in a way because he’s such an icon and I wasn’t sure I was going to get it right,” said Milton. “The big thing was trying to find his voice.

“His voice is so distinctive and you know that it had to be a first-person book. It couldn’t be me writing about him. It had to be first-person. He had to be telling the stories, he’s a storyteller. Anybody else who wrote it in the third-person, to me, you’d end up like Psychology 101, you’d be analyzing all the time, given his background. I was surprised at many of the things in his past, and most of the readers will be.”

Indeed, readers will not only learn about wrestling and football, but also about Mosca’s rough childhood, dealing with racism as the son of a white father, an African American mother, in their home outside Boston.

At the book launch, Mosca cracked wise about working with Milton. “We spent a year and a half together, almost in bed!” he joked. “I never thought I would be so enthused about writing it.”

Milton couldn’t believe the speed with which everything came together in the end with the publish-on-demand world, compared to traditional publishing. 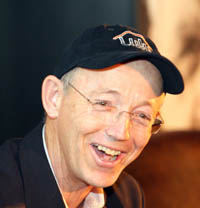 “First of all, I didn’t finish this book until a month ago, and the final edits weren’t done until three weeks ago. Here it is, ready to go on the shelves,” he said, also raving about the big launch parties in Toronto and Hamilton.

He is, however, a little concerned — but not overly — about distribution.

“You don’t have the distribution, but I think you can get the distribution. We’ve had calls from Coles and various outlets,” said Milton. “The big thing about doing this is, a book like this probably wouldn’t have gone to a standard publisher because they’d sure, sure, we can market it across the country, but we’re not sure it’ll sell in the Chapters in Gander, Newfoundland, that you have to do. This, you can not only target demographics, you can target places that you can do. So we can drop them into bookstores in Vancouver, where obviously they still hate him because of [Willie] Fleming, or where he was big in wrestling.”

Young laughed at the notion that the book won’t be in bookstores, at least not initially. “This is the year 2011, you can now download these,” he said. Readers can buy an electronic book, and receive it instantly, or get it a few days later when printed and mailed.

Anticipating sales across Canada, the Raleigh, N.C.-based Lulu also just launched a Canadian printer. “Now when you buy books in Canada, they’re manufactured and shipped within Canada, both for patriotic reasons, and supporting the Canadian economy,” said Young. “But more importantly from a customer service point of view, we’re in an ability to serve our Canadian authors and their audiences much more efficiency.”