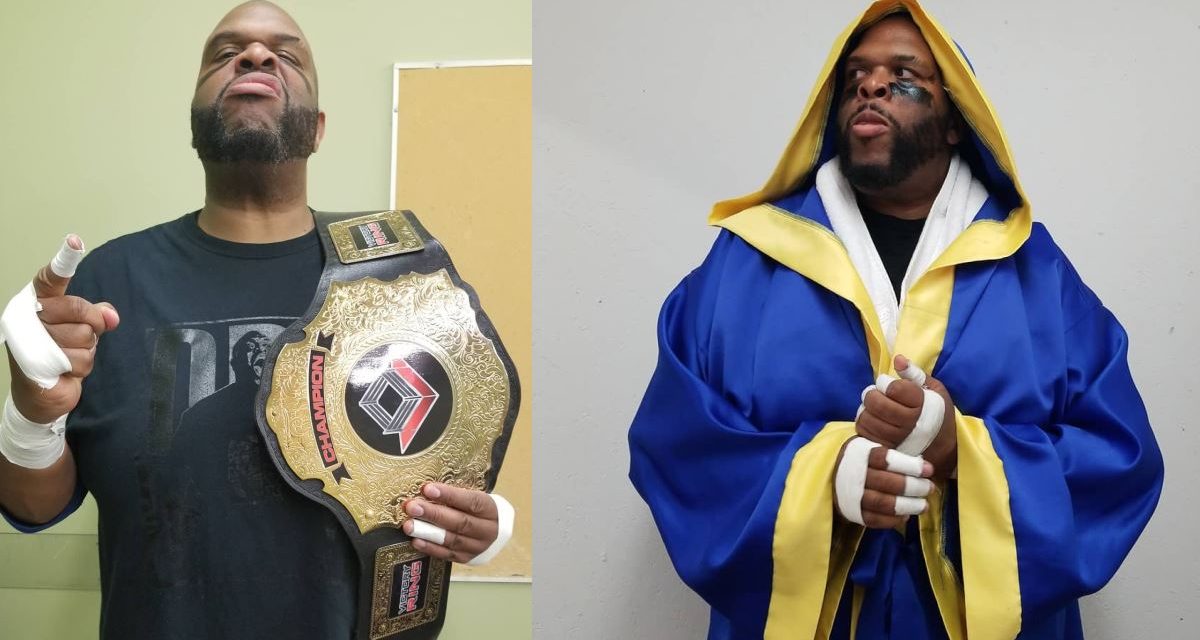 In March, Montreal’s monstrous Dru Onyx attended a WWE developmental camp in Florida. With an invitation to show his wares at a couple of WWE shows next week in New England, he reflected on what he learned and what he still hopes to accomplish.

“What I got out of the whole training camp was, you want to know if you can compete at a higher level. I’ve traveled all over the world and had the opportunity to work with a lot of good wrestlers,” Onyx told SLAM! Wrestling. “WWE is the big show, so you want to know, can you hang? Do you have the ability to hang? What can you learn from that? I learned so many things.” 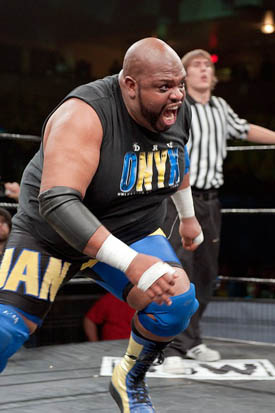 Onyx, who has been wrestling for a little over a decade, performed for the WWE last year in Ottawa, and, at the encouragement of his friend and foe Sylvain Grenier, paid for the chance to attend the Florida Championship Wrestling school.

Once he arrived, his vitals were taken down (real name: Rodney Kellman) and photos snapped. Then it was back to school, under the guidance of honcho Steve Keirn and his staff.

Up first, he headed into the ring with Norman Smiley.

“He broke down the rules of pro wrestling, like the application of holds, how to make them as realistic as possible. He broke down the philosophy that WWE is sports entertainment,” said Onyx, explaining that the company sees its competition as movies and TV, but also football and MMA, so things need to look realistic. The perfect example is rest holds, he explained. “Every hold, you have to apply it, making it look as hurtful as it’s supposed to look. We worked on a lot of pinning combinations, a lot of submissions with him.”

Another trainer was Ricky “The Dragon” Steamboat.

“With Steamboat, we ran a lot of drills, running the ropes, doing spots. Norman complimented me and said I was very good for a big dude, I can move well. Steamboat called me a good worker, which, for me, is the best accolade to ever happen, growing up watching him, it was amazing.”

Current and former WWE stars helped out too.

“There were wrestlers coming in and out of there all the time, giving you an idea what it was like to work there,” said Onyx, listing Mike Rotunda, Natalya, Tyson Kidd, Goldust and David Hart Smith. “They were there at certain times just to give you pep talks and let you know what you really need to get to the next level.”

By far, the biggest moment for Onyx came on the final day, when he got to learn about the art of the promo from “The American Dream” Dusty Rhodes.

Onyx headed down to Florida in the “Son of Abdullah” gimmick, or Soa Amin.

“I just thought if there were 40 wrestlers there, whether they remember my name or not, at least they’ll remember me visually because of the Abby gimmick. The whole time all the trainers were calling me Abby. That was good, they remembered who I was,” he explained. 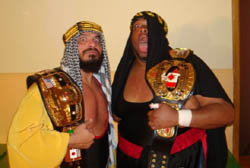 Dressed in a business suit, Onyx performed for Rhodes. “He said, ‘You talk very well, you’re very eloquent with your words, you have very good body language. You don’t need the Abdullah gimmick,'” Onyx recalled Rhodes saying. “‘Regardless of what you wore, at 6’2″, 360 pounds, who wouldn’t have noticed you?'”

Like Smiley, Rhodes stressed that it’s sports entertainment and that WWE is a major company that has other interests such as films and music. “It’s not just wrestling anymore, and that you’ve got to be a commodity, you’ve got to be able to express and promote not only the brand but also yourself in a way that you can make money for the company. He left me with some interesting things. He liked my promo.”

The students had their matches critiqued, and in general, the goal is a six-minute match — though that time limit can be waved if the teachers are enjoying the bout, as it was once in Onyx’s case.

Students were told to grow from what they were used to.

“They definitely try to have you move away from the indy mentality to what the WWE wants as a product,” said “The Bajanaut” Onyx.

Denied one of two contracts that were handed out, back in Montreal, Onyx redoubled his efforts to get seen.

He trains twice a day, once at the JKS martial arts studio in grappling, boxing and karate, and then at the gym, where he hits the weights. Most nights, he trains with Grenier at his Montreal school and helps “wrestlers with dreams.” Most weeks, he works two or three shows, including Grenier’s T.O.W. promotion, where he is the tag team champion with Carl LeDuc, Great North Wrestling, where he’s the top heel, and CRW every Sunday, “so I can refine my skills, try new things.”

Pat Patterson, who spends summers in his hometown of Montreal with family, has been a big supporter as well. Grenier and Onyx are driving down to the Raw and Smackdown tapings July 11th in Boston and July 12 in Uncasville, CT.

Maybe both Montrealers will get a shot.

“I think there’s some interest generated with Sylvain so they told Sylvain to come down also,” said Onyx, praising his colleague. “He’s really been influential for helping me. He’s the one that got me my first tryout last year, when they had Smackdown in Ottawa. He’s been the one constantly telling me, ‘You have the ability, you just need to be at the right place at the right time doing the right thing.'”

The drawback that Onyx hears the most often — his age, 36 — is also what drives him. His years of experience in the ring put him leagues ahead of many of the other competitors for WWE deals.

Onyx is also not shy of the fact that he paid for the opportunity to attend the training camp in Florida.

“I find that if you pay for a tryout, you’re going to bust your ass even more. It was recommended to me. Sylvain said, ‘Listen, go do this, because they’ll look at you. It’s an investment you need,'” he said. “If I get signed, paying $1,000 is the best investment I’ll ever have. And if I don’t, at least I’ve had an opportunity to be tutored and be able to perfect myself.”