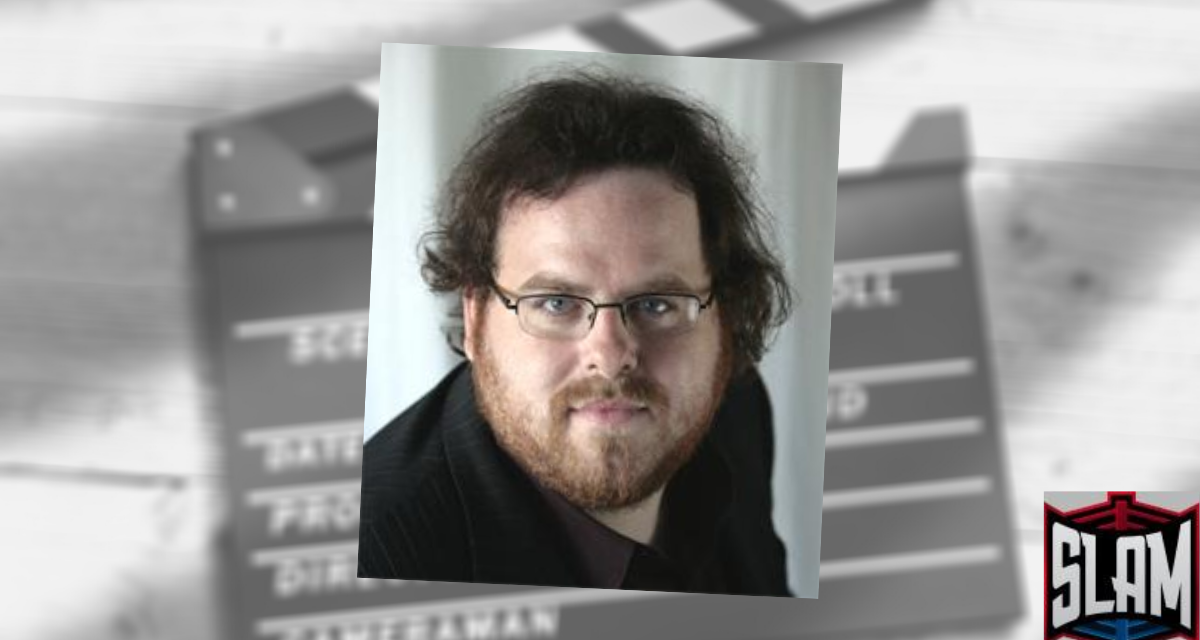 While TNA’s return to Thursday night programming signaled that the wrestling world is still not ready for a knock-down, drag-out fight between promotion giants, a Hollywood playmaker is out to prove that there is room to create new methods for delivering pro wrestling content. A venture called The Wrestling Revolution project isn’t trying to re-invent the wheel, but it just might add some new rims.

When SlamWrestling.net contacted Jeff Katz, formerly of World Championship Wrestling and Fox Studios (where he helped to usher films such as Wolverine and Snakes on a Plane into theatres), he was in the middle of watching Game One of the Stanley Cup Finals. Raised in Detroit, Katz explains that the hardcore hockey fan in him has not abated since he moved to Los Angeles, and the enthusiasm in his voice is telling. Katz is not wanting for passion on any of the subjects raised during the discussion.

The reason that Katz has come to the attention of SlamWrestling.net is that he is spearheading a venture into the wrestling business that is putting the voice of the fans, and the power of the people, to the test. The Wrestling Revolution project is the type of endeavor that listless fans, brought to that state by their waning interest in the major pro wrestling entities, often sit around and dream up after watching a weekly show or monthly pay-per-view. What if we had our own promotion? Why did the storyline go in this or that direction?

The difference in Katz’s case is that he is a fan with some clout. Growing up in Franklin, Michigan, a suburb of Detroit, he came into wrestling shortly after WrestleMania III passed through town, leading him to regret not attending it live (“I think I watched it on tape, or maybe closed-circuit,” Katz recollects). He became a fan for life as the Mega-Powers exploded at WrestleMania V. He started down parallel career paths at a very early age, one that led to professional wrestling and one that led to Hollywood — though the two were truthfully more intertwined than separate.

Growing up on movies, comic books, and sports (which Katz defines as collectively containing the basic building blocks of pro wrestling) Katz became aware of the national success realized by his fellow Frankliners Sam Raimi (Spider-Man, The Evil Dead) and Bob Shaye (co-founder of New Line Cinema), making him realize that it was possible for him to become a creator, not just a spectator, of the entertainment he loved.

Katz relates the story of making a playful bet with Bob Shaye’s father, Max, while at a dinner party. Katz was only nine years old, but he knew that New Line’s Nightmare on Elm Street-based TV series started that very night, and not next week as the elder Shaye insisted. Katz proved his point, won the bet, and cashed in on his prize: he was given a chance to send ideas for a Freddy Krueger movie to Bob at New Line.

While that seed was planted and left gestating, Katz took on hosting duties for a local all-sports radio station while only 15 years old, and included pro wrestling in the talk as often as he could. Attending a WCW press conference on behalf of his station, he asked Hulk Hogan and Ric Flair kayfabe questions about their “Retirement Match” (Katz pauses to suggest “insert your own joke here” about the match’s stipulation — this was 1994), while all of the other reporters kept asking variations on how the wrestlers felt to be in Detroit. Eric Bischoff appreciated the questions, introduced himself to Katz, and the teenager found himself working behind and in front of the camera during the peak of the Monday Night Wars.

Having WCW on his resume gave him more than the foundation of knowing how to create and produce material for television — it also impressed Bob Shaye. New Line had become a part of Time/Warner, and WCW had been a very bright spot on what was at the time an otherwise mediocre plate for the media giant. The experience gave him the “street credit” needed to get into the studio as an intern at 20 years old, and he has remained in Hollywood since then.

Katz has also, for various reasons, remained closely-knit to the wrestling industry.

“Hollywood was always my goal,” he explains, “but I never forgot where I came from.” Katz admits that the money he made with WCW is what helped him survive while working at New Line for nothing but experience. In trying to repay his debt, he did what he could to bring wrestlers into the Hollywood circles if they sought it (he helped get Triple H his role in Blade: Trinity), and makes sure to let people know where he cut his teeth. 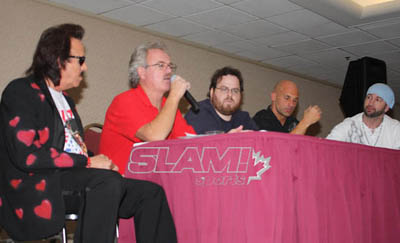 While making his mark in the film business, Katz continued to watch wrestling as an escape from his working life, but began to notice a disturbing trend in his viewing habits.

“I found I was watching it out of habit,” he admits. This sense of watching the weekly televised shows and monthly pay-per-views for no reason, other than the fact that he’s always watched them in the past, came to a head with his disappointment in WrestleMania XXVII.

After watching the event with several friends, Katz took a look at the WWE’s flagship spectacle through what he calls “the prism of dollar-value proposition.” While the nature of what kinds of stories we seek for entertainment may not have changed much since the earliest days of telling tales, Katz puts great emphasis on how we currently digest that entertainment.

“At the end of the day, with that $65 I spent on that show, I could have spent it on — pick your big video game,” he proposes. “For that same amount of money, for four hours of entertainment, I could have got a video game that would have given me a month’s worth of single player value, then downloadable content and multi-player, and then when I’m done I can take it to a used game store and trade it towards a new game. The math just doesn’t add up for me anymore.”

With an eye towards how to help shake up what Katz sees as a stagnant state of content delivery by the WWE and TNA, both of whom are producing shows and events in the same manner as was being done during the Monday Night Wars (which is what he acknowledges worked in the past but should now be left in the past), Katz is exploring a way to provide a wrestling show for fans that, like him, have been feeling dissatisfied for a while.

The Wrestling Revolution project aims to bring, as he puts it, true seasonal television principles to wrestling storytelling. “The WWE is always saying that its competition is Hollywood,” he says pointedly, “so they should be held to the same standards as Hollywood.” Katz takes exception primarily with the never-ending aspect of some storylines — either for plots that seem to reach a conclusion and then carry on past the climax, or, worse from his perspective, stories that simply do not have an ending.

Referencing the angle that put Vince McMahon into a coma, Katz expresses his frustration over the lack of resolution and the reappearance of McMahon without any reference to the instigating event. Stemming from his frustration over this kind of lackadaisical writing, Katz highlights the completeness of the material The Wrestling Revolution would offer.

“Even if they don’t like the season,” he promises, “fans know that at the minimum they will be getting a complete story with a beginning, middle, and end. To me, that’s better than you get these days from the bulk of televised wrestling.” These stories would be delivered in a fashion similar to a show like Dexter, where the opportunity to watch a fully-realized story over several episodes will be made available to wrestling fans, while Raw and Smackdown celebrate “Season Premieres” that are indistinguishable from any other show during the year.

Katz is also quite clear, however, that this kind of wrestling program is not going to compete head-to-head with the WWE. “You will never compete with WWE in terms of their spectacle, their pyro, their corporate machinery, or their cash reserve,” he details. “Being ‘WWE-Lite’ is simply not a winning formula, but where you can push them a bit is on their creative model.”

This journey is being joined by many past acquaintances of Katz’, including some high-caliber Hollywood creative players, and he has been “inundated” with contacts from wrestlers who wish to be a part of this. While he acknowledges that there’s a sizeable audience that wants to see established stars, his goal is to create new characters and concepts. “If you’re going to grow,” he says to make his intentions clear, “it comes from striking the new.”

Katz is completely up front about the need for more than just audience support through viewership. This project will get off the ground only if enough fans decide that they wish to help fund the start-up costs — $100,000 to be raised by August 4th.

“As a consumer, you vote with your dollar,” as Katz puts it. “If you complain and then keep going back, nothing ever changes. Are there 100,000 of us out there who are willing to put in one dollar to fund this? It started as a social experiment, and then we got one really big donation and that started the whole thing rolling.”

Katz explains that fans who wish to become a part of the foundation can visit Kickstarter to view a promotional video and make a donation. Those that do may find themselves in a position to say they were part of something big when it was just starting, or the Wrestling Revolution project might find itself meeting the same fate as your average independent wrestling promotion: obscurity and disappearance. Either way, it’s a unique opportunity for fans to do more than gripe.