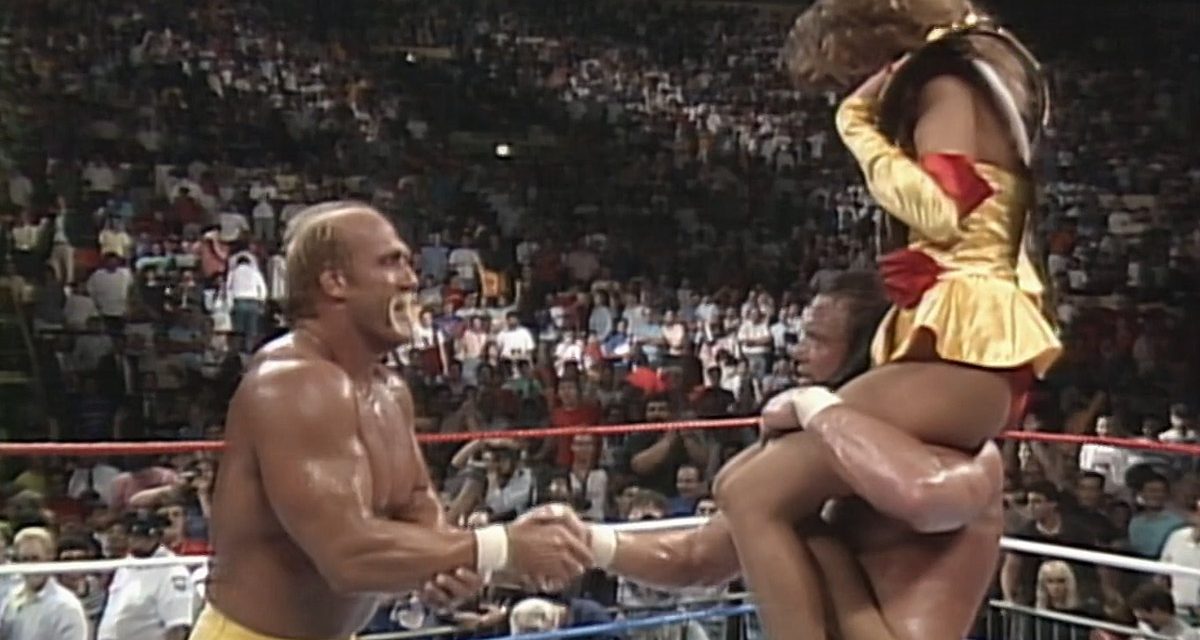 With its instant access to legions of readers, Twitter offers mourners an immediate chance to talk about the news of the day. Today, that news is the sad passing of Randy Savage.

The biggest of the big names, of course, is Hulk Hogan, who had an up and down relationship with Savage (Randy Poffo) through the years, both in and out of the ring.

The Hulkster has tweeted numerous times:

“I’m completely devastated, after over 10 years of not talking with Randy, we’ve finally started to talk and communicate. HH”

“He had so much life in his eyes & in his spirit, I just pray that he’s happy and in a better place and we miss him. HH”

“We miss him a lot. I feel horrible about the ten years of having no communication. This was a tough one. HH”

“I just pray that Randy’s happy and in a better place and we miss him. HH”

Here are some of the posts so far:

Shawn Michaels: @IAmJericho jus txt me the news. We’ve lost one of the greats!! Our prayers go out to the family & friends of Randy Savage.

The Rock Dwayne Johnson: RIP Randy “Macho Man” Savage – you were one of my childhood inspirations and heros. Strength, love and prayers to the Savage/Poffo family.

Bret Hart: I have no words to say. This one hits me hard. We lost one of the best.

John Cena: CeNation. The untimely passing of randy savage is indeed tragic. All true fans of wrestling will mourn this loss. One of the all time greats.

Jeff Jarrett: His madness. Randy is gone, but will never be forgotten. Thoughts and prayers are w the entire Poffo family.

Mick Foley: I just heard the sad news about the Macho Man. Randy Savage was one of my favorites performers, and my heart goes out to his loved ones.

Rey Mysterio: RIP Macho Man Randy Savage! Doing promotion in Seattle for Over the Limit ppv, was asked earlier today at a radio station, Who would I of loved to wrestle from back in da day? I said would of loved to hit it off in a 3ple threat, Macho Man, Ricky the Dragon, and myself!RIP RMS

SoCalVal: Saying a prayer 4 Randy Savage & his loved ones. I had the honor of working for his promotion, he was inspirational 2 us all! What a loss.

Howard Finkel: I am profoundly saddened by the passing of one of the all-time greats, Macho Man Randy Savage. My condolences go out to the Poffo family.

Trish Stratus: Rest in peace Randy-my first inspiration in the ring. My prayers & condolences to the Savage family

Allison Danger: I am imagining the shenanigans Larry Sweeney and Randy Savage must already be getting into…. #ripmachoman #ripsweeney

Shannon Moore: I think that this biz only has a few legends. Today we lost one. I’m really feeling down about the situation. Once again RIP Macho Man

Vickie Guerrero: RIP Randy Macho Man Savage. My prayers are to your family

Natalya: My prayers are with Randy Savage and his family right now.

Christian: Sad 2 hear about “Macho Man”Randy Savage..Only met him once briefly.No doubt 1 of the best & influenced so many performers you see today RIP

Shelly Martinez: Sad news about Macho Man My prayers r with his soul and all grieving his passing 🙁

Darren Young: JUST like that! Life can end. Tell those close to ya that you love them cause ya never know! RIP Macho Man

JTG: To one of my favorite Hall of Famers, inducted or not. Macho Man Randy Savage. R.I.P OOOOOOOOOH YEEEEEEEAH !

Jim Ross: Just heard Macho Man died this morning of a heart attack while driving his vehicle in Tampa. Condolences to all Randy Savage fans/family.

Kevin Nash: I lost a close friend today. If anybody in heaven is wondering who the cat in the ugly cowboy hat is it’s Randy. Love you Bro. Never another

Jillian Hall: So sad to hear about the macho man….RIP!

William Regal: Just heard of the passing of Randy Savage.A one of a kind great performer. RIP

Tommy Dreamer:: Randy Savage was the 1st person I saw piledrive someone thru a table. Thanks 4 all the memories. Hope u walk the aisle w/ Liz & Sherri again

Doug Williams: RIP #randysavage I was fortunate to see him live at his peak…