By MICHAEL ELGIN – For SLAM! Wrestling

Some of you may know me, but many of you will have no clue who I am. I am certain that if you don’t, it won’t be long until you do. I am “Unbreakable” Michael Elgin, and this Saturday, May 7th, is a very important to me. I return to Toronto for Ring of Honor, under contract to one of the biggest pro wrestling companies in the world.

It has been a very long road to get to the point I am at in my career right now. 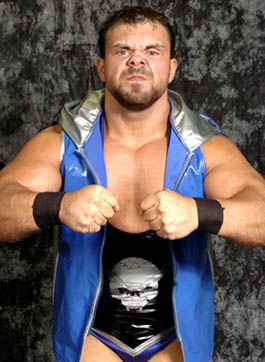 I still remember walking into Toronto’s Squared Circle Training and being in shock that I had actually made my first step towards becoming a pro wrestler. This all happened during the spring of 2004, and I wouldn’t trade it for anything in the world.

Something else I remember from the early days of training was a video tape that I borrowed from a fellow trainee. After class that night I drove home excited to check out this company called Ring of Honor. I remember getting home and putting on the Era of Honor Begins. It was already late at night, yet I couldn’t stop watching. I was starting to fall asleep, with only one more match to watch, the main event: Low Ki vs. Christopher Daniels vs. “American Dragon” Bryan Danielson (now WWE’s Daniel Bryan). To this day, I still enjoy watching that match, and can remember thinking that one day I want to wrestle in ROH.

That winter I made my debut in Hamtramck, Michigan. Funny side note: The man to give me my first match was none other than Truth Martini. I was 16 at the time, and a little flabby with terrible wrestling gear, but he gave me a chance. I learned a lot that night, there were so many influential people at the show who had no issue giving me advice on how to improve.

For about the next two years I continued to drive out to Michigan, Ohio and Indiana, since I was not able to wrestle in Ontario until the age of 18. When I was finally 18, things had really picked up in Ontario and I was keeping quite busy; yet there was still that desire to do more.

That was my desire to work for ROH.

Over the next few years I had many great opportunities allowing me to work with some very influential people in the business, including Jimmy Jacobs, Jimmy Rave and B.J. Whitmer, who, at that time, all worked for ROH. I figured that was my saving grace. Through talking with these men I was handed a contact for ROH.

I kept that name until I was sure I was ready.

In January 2007 I decided to use that contact and drive out to New Jersey. All three men I mentioned previously were very helpful and introduced me to the company’s booker. Turns out that night I was given my first tryout match. 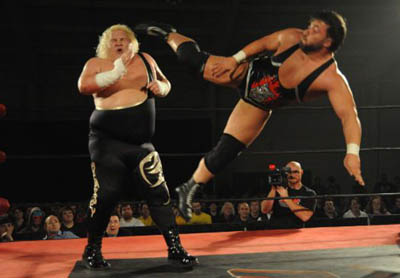 Fast forward to November 2010, I was about to make my debut with ROH on the main roster in the semi-main event in Dearborn, Michigan. Not only was this a huge night, but as fate would have it, my manager was the man who gave me my first wrestling match, Truth Martini. This man not only helped me start my journey and career in wrestling but he also gave me helpful insight into the business with every conversation. After that weekend I felt satisfied, I had no idea that feeling was about to become more intense.

On March 19, 2011, I officially signed with Ring of Honor, making every mile I had ever put on my vehicle, every minute I spent in the gym, and every hour I spent in the wrestling ring truly worth it.

I am sitting here writing this just a few short days away from returning to my hometown of Toronto for the first time under contract with ROH. I have been to the Ted Reeve Arena (at Main and Danforth) to watch ROH and what a feeling — the crowd, the atmosphere, everything just feels right.

However, on May 7th I will truly know what it feels like when I step foot into the Ring of Honor ring and compete in front of a home crowd.

It’s amazing what you can do when you truly give it your all.

Pro wrestling was all that mattered to me; it was the only thing that pushed me. Seeing it all pay off gives me that feeling of accomplishment.

I am proud to call myself a Ring of Honor star.

As I said, if you don’t know who I am, keep watching, I promise I will be someone you never forget!