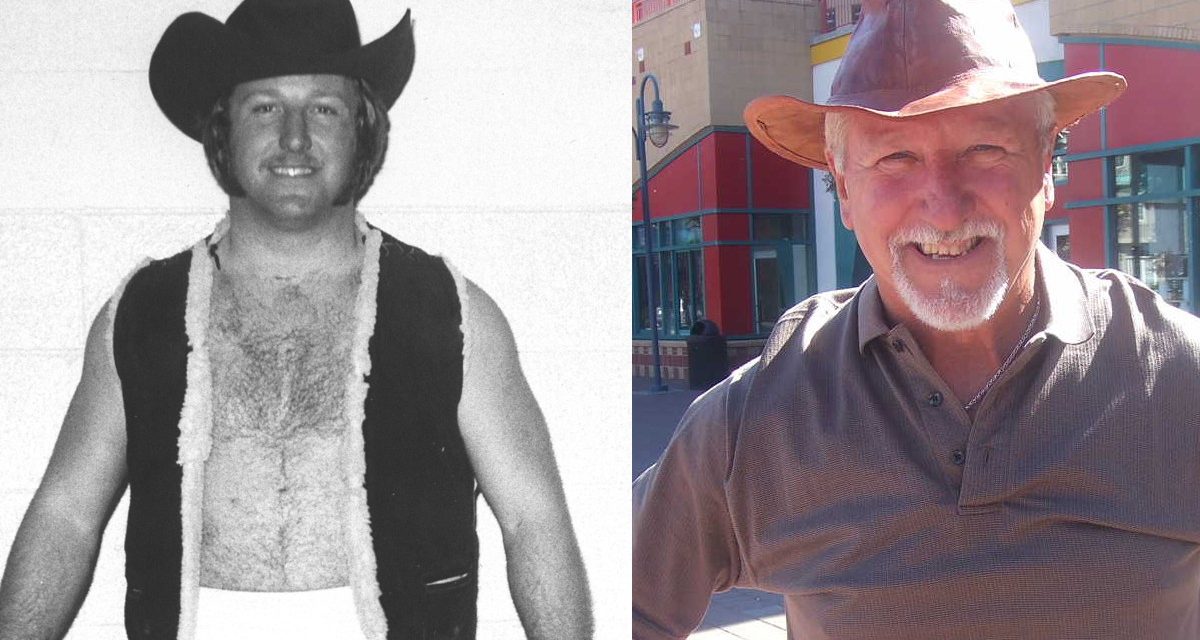 “Cowboy” Dan Kroffat was a Men’s Honoree (Retired) at the Cauliflower Alley Club. His speech, paying tribute to the three individuals that mattered most in his career, should be required reading for anyone in professional wrestling. With his permission, his remarks are printed here for all to consider.

“I gave a lot of thought to what I would say here tonight. It’s rather ironic that in the last 20 years, since retiring in 1985, that I dedicated myself to fundraising and charity work, working with children’s organizations throughout Western Canada, hosting various events where I would get the opportunity to speak to people.

“And the subject matter that I really wanted to address tonight really started when I was in Hawaii a few weeks ago. I was staying at Bret Hart’s house, a dear friend of mine. I was there during the tsunami. His house is perched a thousand feet above the beach, and I could see down to Kailua. It came across televisions and radios that this giant wave was coming. Of course, there was a lot of concern about life and damage and everything like that. I stayed up all night, waiting for this enormous wave. Fortunately, and I saw that with great enthusiasm, because I could tell there was a great concern. The television stations were telling people to move off the beaches and they were evacuating people left, right and centre. 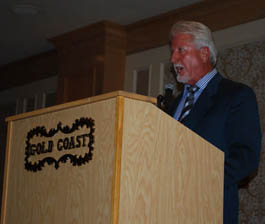 “Cowboy” Dan Kroffat at the podium delivering his speech. Photos by Joyce Paustian

“In the morning — I’d stayed up all night, it was supposed to be there at 3 o’clock, 4 o’clock, 5 o’clock, and it finally arrived in the morning. I ventured down to the beach to see how much damage was done. Amazingly, it was almost like a revelation — when I arrived, people were laughing, drinking coffee, and there was a sense of relief that was quite amazing. The first thing that went through my mind was that these people were all really appreciating what didn’t happen. They were all appreciating, cleaning up. The wave was not near as severe as it could have been; we all know the devastation in Japan, but it didn’t happen in Hawaii. I caught myself sort of feeling the same enthusiasm and the same appreciation.

“I thought, I was nominated for this award quite a while ago, several months ago, and I knew one thing I could say for sure — how much I appreciated the CAC choosing me and honoring me with this award. And of course I would say thank you to Karl [Lauer], to Bob [Leonard], to Nick [Bockwinkel], to everyone associated with it. It’s very meaningful to me, and I do appreciate it.

“But it wasn’t until yesterday and today that I really decided on what I wanted to say to you. And then I realized this couldn’t be a better venue to say what I want to say, because the three people I want to address are here tonight.

“These three people, I look back on my career and you know what? I was very remiss. I don’t think I ever had the opportunity to speak to these three individuals and say what I really felt. Here I am tonight receiving this award, and I feel equally important, not only in receiving the award, but what I am going to say to these three individuals here tonight. I ask you to bear with me. It’s going to take a few minutes, but I really feel it’s important that I express to you — and some of you may join me in sharing the feelings that I have that I’m about to express.

“The first thing that I’d like to talk about is appreciation, and that’s really what I want to address, three individuals and how much I appreciate them.

“So my first appreciation of gratitude and thanks goes out to you that are in this room, and throughout these countries, who preserve what we do, the world of professional wrestling. The work that you do, the Internet, our stories, the bios, you do all that, you preserve us, you make the opportunity for us to continue on, and I thank you. 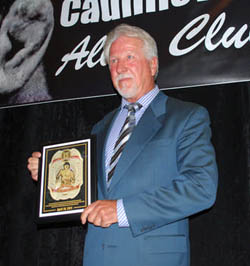 “Number two, he is also in this room tonight, which, again, makes this for me a great opportunity.

“For us to wear a belt, for us to have our hand raised, for us to reach the highest levels of our trade, to be recognized throughout the world, this would never happen if we didn’t have a fraternity, if we didn’t have guys that were willing to put us over. If there weren’t guys willing to make us look good in this industry — when I came into this business, I couldn’t lick a stamp. I trained at Stu Hart’s Dungeon. I loved him dearly, I miss him dearly. But quite frankly, success is based on two things: One, a promoter giving you the opportunity to show your wares; but number two, and maybe the most important, is our fellow workers, the fraternity of us who work together and help each of us get over. We work as a team to fill the buildings, we work as a team to allow somebody to be on top. I want you to know that I’ve never said this before, but I think back on 16 years, the opportunities to wear belts, to headline in Japan, California, wherever I was, never for a moment did I think that I put myself there alone. It was because of my fellow workers. Tonight, I want to take this opportunity to thank you.

“The third person in this room, I saved for last. And in some ways, if you really think about this, this is the most important person associated with professional wrestling. This person travels long distances, no matter what the weather, no matter what the price of tickets, they come, they support us, they cheer us, they boo us, they buy our products, they pay our way. We can have a lifestyle and a living because of this person.

“This person I’m talking about tonight is you, the fans.

“I think my fellow workers in here tonight will tell you as much we get caught up in the business, and the moments we have of glory, whether it’s wearing a belt or working on top, no matter where, you’ll hear stories about our experiences in the business and everything. I know each and every one of us, when we get into an arena and work, and there’s 10,000 there, we are more motivated to do the best job we can, give you value for your dollar. I challenge any wrestler in this business or in this room to tell you, if he went into an arena, and the promoter says, ‘There’s nobody in the building tonight, and I want you to go out and tear the house down,’ that is probably going to be the worst match you’ve ever seen.

“Without you, there wouldn’t be us.

“So the writers, the fans, and my fellow wrestlers, thank you very much.”

“Cowboy” Dan Kroffat wrestled from 1969 to 1986, and still lives in Calgary, where he achieved great fame for Stampede Wrestling. He continues to be involved with worthy causes around town, including three major events this summer in Calgary. Emails sent to him via goliver845@gmail.com will be forwarded.