Back in 2001, when Sal Hamaoui, owner of Full Impact Pro Wrestling, and co-owner of DragonGate USA and Evolve, started a streaming video company, the Internet wasn’t ready. But now that most of North America is on a broadband network, he’s marrying up his companies with live broadcasts of anticipated events — including this weekend’s DGUSA show in Atlanta.

Everything has been beta tested, and he’s counting down the days to the show on Saturday, April 2nd.

It’s a big change for Hamaoui, who has really been involved in DVD production for the past decade, including doing the widely-circulated, popular Ring of Honor and SHIMMER DVDs. 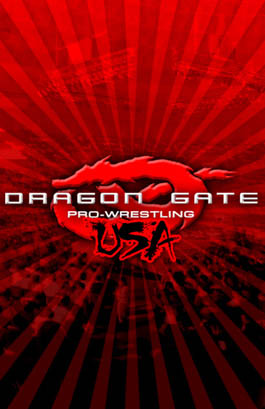 DragonGate USA has already done three iPPVs, all with GoFightLive.com, and this will be the first done by Hamaoui’s World Wrestling Network (WWN)

In Atlanta, he is in charge of the directing, doing the switching from camera to camera.

“It’s really exciting doing it live, as opposed to post-production. You’re right there, the action’s happening, you’re constantly focusing on the best possible shots. Surprisingly, the two or three hours just fly by,” he confessed. “You’re seeing the action, but you’re more focused on getting the best shot.”

Being involved with the actual promotion itself has its advantages, he said, as it helps to have an understanding of the match, and what spots are coming up, to “be the fourth man in the ring almost.”

“You’re constantly thinking, ‘Where do they go with this?’, so it is a challenge.”

As a booker, Gabe Sapolsky admitted that he does try to book differently knowing that it is on TV, rather than just catering to the live audience.

“The main difference is just making sure there is no dead time. I mean, live you can have the audience sit there and cool off for a minute or two between matches,” Sapolsky said. “When someone is watching at home this is just pure dead time and really hurts the momentum of the show.

Growing up in Cleveland, Hamaoui was a wrestling fan, and his first “live” show was actually a closed-circuit airing of the first WrestleMania. He was hooked. Having put in four years into the U.S. Marines in the infantry, he got a B.A. in International Finance and International Marketing from Baldwin Wallace College in Berea, Ohio, followed by his MBA from Stetson University in Deland, Florida, and a law degree from Stetson University College of Law. 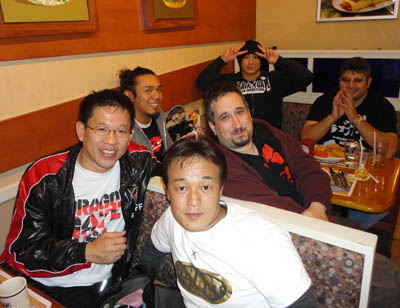 One venture while in law school lead to meeting a tech-savvy partner, and together they started an Internet streaming company, Argo Broadcast Networks, based in Florida, where Hamaoui’s parents had moved.

“I had a lot of connections in the wrestling business at that point, through this other venture, and the idea of a beta channel, just a demo channel so we can demo this platform, it was basically an online TV channel,” he explained. “We had 12 hours of new programming every week that we played on a loop, so it would just repeat every 12 hours. At that point, the online free model, like YouTube and Facebook uses, that was unheard of. The general idea was you’d have to charge the end user to use your product. The idea of generating income on ad-based revenues specifically was unheard of. This was back in 2001, this was before YouTube or anything. We were kind of there before the infrastructure was there to really support what we were doing. It was just necessary to transition into DVD production because that’s right when the VHS market ended and the DVD market started.”

Hamaoui saw what Rob Feinstein was doing with RF Video, and then Ring of Honor, and knew there could be more to it than just VHS tapes converted to DVD.

“I talked them into allowing me to redo the first three or four shows — I can’t remember exactly — but we remastered them, we put menus on there, we improved the sound quality, we did new artwork for all the covers. Everything kind of blew up, and that’s how we started doing all the DVD production for Ring of Honor,” Hamaoui said. “When the split happened between RF Video and Ring of Honor, we basically took over all the production. Before that, before the summer of 2004, I believe it was June, we were handling all the DVD replication, but we were only handling part of the editing. After the split happened, we took over everything, and we did that for quite a while, almost five years exclusively.” (The deal with Ring of Honor ended in 2009.)

Along with the wrestling and production company, Hamaoui also owns part of a medical staffing company, and GoSurf Technologies, which develops apps for streaming platforms.

“The wrestling’s a big part of what I do, but there’s other companies that I’m involved in,” he said. Having graduated college actually having saved money, Hamaoui was off and running, and did well with the DVD production business and with investments, including property and shopping centres in Florida that he and his father unloaded before the real estate market collapsed.

“During the real estate boom, we sold everything, so we were very lucky that we got out right at the right time,” he said. “We ended up with quite a bit of money. I’m thankful. I’m very, very lucky for where I’m at. I’m 41, and I can pretty much, if I don’t want to work, I don’t have to. But I love doing it. I’d go nuts if I wasn’t working.”

Lately, a lot of work has gone into WWNLive.com, which is really an off-shoot of the original company.

“We always knew we would come back to doing live streaming. It was something we were very confident in,” he said. “I still work with a lot of the same people that I did 10 years ago. We were just so focused on DVD production, especially for Ring of Honor, until about a year and a half ago, that was our focus. We had more work than we could handle, with that, FIP, and the other companies that we work with. Once we branched off on our own and started focusing on Dragon Gate and Evolve, we kept our eye on the ball. We saw that ROH started doing iPPVs. We did three of them through GoFightLive to see exactly where the technology was, and what the reaction was from the fan base. We started doing it, we started focusing on building our own infrastructure and setting up our own servers and whatnot.”

Sapolsky is onboard with Hamaoui, both as a partner in DGUSA and Evolve, and with the idea that the iPPV model is the next big thing.

“Live iPPV is the future. This is a tremendous step for both DGUSA and EVOLVE. It means we will be at the forefront of this new media as it gains popularity. It means the fans will be able to see our events live as they happen worldwide. You can’t beat that,” he said. “We can’t wait until April 2nd when we kick things off with the DGUSA event in Atlanta. Our goal is to make www.WWNLive.com the destination point for wrestling iPPV.”

But DVDs aren’t completely gone either. A DVD planned from this Saturday’s show will have added bonus features, and different shots, given that there is more time to make decisions about what is best, clean up the audio and more. DragonGate USA is offering someone who plunks down the cash for the iPPV five dollars off the DVD of the event as well.

“If you step back and look at how the entertainment industry has evolved — VHS replaced Beta; DVDs replaced VHS; and now digital media is replacing DVDs. It’s inevitable. This is where it’s going,” said Hamaoui confidently. “There’s no doubt whatsoever that once the genie is out of the bottle, and once the technology is there — and it is, and it’s only going to get better, the online streaming is only going to get better, it’s not like it’s going to stay where it’s at, it always improves. Once we start going live with every show, that’s it, there’s no going back. That’s the whole thing, the days of waiting a month or two months for a DVD to be released are over. Those fans want instant gratification, they want to be excited about a show, they want to be witnessing as it happens live — there’s nothing like that feeling, watching something as its happening, the unpredictability, you don’t know the results, there’s no spoilers out there, you’re part of a moment. It’s never going back. The Internet has caused a lot of problems in regard to piracy and whatnot, but all that stuff ends up working itself out. There’s just no fighting it. It is what it is, and it’s only going to become bigger and bigger.”