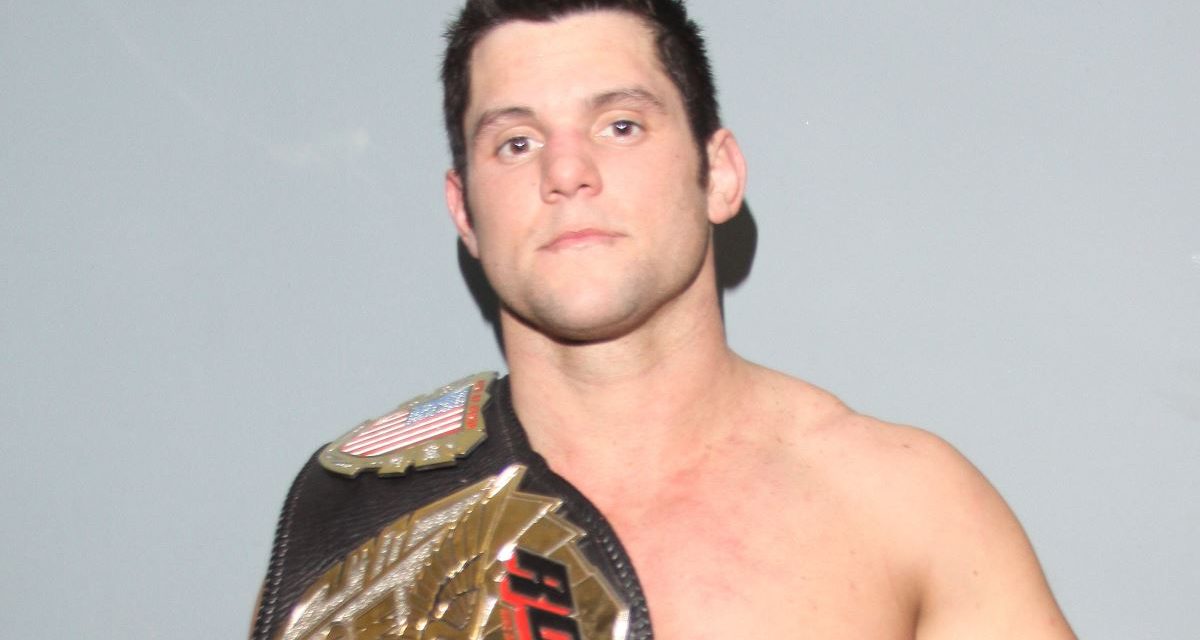 DEARBORN, Mich. — Ring of Honor brought its 2010 edition of “Survival of the Fittest” to the Ford Community & Performing Arts Center on Friday night and it did not disappoint.

In front of an excited near-capacity crowd, ROH World Television Champion Eddie Edwards was the last man standing when the night was done, capping the three-hour show by submitting Kenny King with a single-leg Boston Crab in the six-man elimination match to earn a future shot at the ROH World Champion.

This night was all about “Survival of the Fittest” as seven of the nine matches on the card were tournament bouts. All qualifying (first round) matches had a 20-minute time limit with the six qualifying match winners meeting in an elimination match in the evening’s main event.

Crowd favorite Colt Cabana and “Addicted To Love” Rhett Titus got the evening started out with a bang in a very entertaining match. Cabana and Titus played to the crowd for much of the affair, including Cabana making note of the local Hulk Hogan impersonator in attendance. Cabana constantly made use of the finger point and “YOU!” He even went so far as to point at several people in a row with “YOU!” and then point to himself to which the crowd yelled “ME!”

The end came when Cabana made the mistake of arguing with the referee. This allowed Titus to sneak the bell into the ring, where he sent Cabana head-first into it with a drop-toe hold as the referee was recovering from be accosted by Cabana. Titus rolled Cabana up and got the three count to advance.

ROH World Tag Team Champion Claudio Castagnoli had a huge size advantage when he took on Grizzly Redwood in the second qualifying match. The duo had an excellent big man/little man match. Redwood was looking good when he was able to somehow take Castagnoli’s back and lock in a sleeper but Castagnoli escaped and drilled Redwood with a signature European uppercut before finishing him with the UFO.

An obsessed Kevin Steen met Kyle O’Reilly in the next qualifying match. Steen grossed out some members of the crowd by licking his own spit of his El Generico mask and then again by spitting into O’Reilly’s mouth as he held him against the guardrail. Later on, O’Reilly brought the crowd to its feet with a running dropkick off the apron to the floor, but it was all for naught as Steen gained control, eventually putting on the El Generico mask and drilling O’Reilly with a brainbuster to take the fall and advance.

After the match, Steen, in his obsession with El Generico, attempted to go after several fans with El Generico masks on before being restrained by Steve Corino. He eventually settled down, which led to Corino calling out Adam Cole for their first round match.

Corino was in control for much of the match but started getting cocky as Steen decided to go on running commentary on the house mic. That plan backfired as Cole used a distraction to roll Corino up and score the upset. This did not sit well with Corino and Steen as they proceeded to beat Cole down before El Generico made the save. With Cole down and out, though, the numbers game caught up to El Generico. Steen grabbed him on the apron, loaded him up and put him through a ringside table with a modified Michinoku Driver. El Generico had to be helped to the back.

ROH World Tag Team Champion Chris Hero looked to join Kings of Wrestling teammate Castagnoli in the tournament final when he took on Edwards. The two put on a very solid back-and-forth match that was one of the best on the card. After much action, Edwards sent Hero over the top. Hero held on to the top rope and tried to bring himself back over, but Edwards dropkicked him before he could do so. Seeing Hero down the ground, Edwards loaded up and came through with a suicide dive to the floor. Both men were slow to get back in the ring. Once there, Shane Hagadorn attempted to buy Hero time by hopping on the apron to distract Edwards. That plan backfired, though, as Edwards correctly sensed a Hero sneak attack. He moved, Hero cranked Hagadorn and that allowed Edwards to grab Hero, lock in the half crab and elicit the tap.

After this match, the crowd was informed that, due to his actions earlier, Steen was placed in handcuffs backstage and won’t be released from them until the main event.

Following intermission, King battled El Generico for the final spot in the tournament final. El Generico came out with taped ribs and it became a battle for him to protect them. The ribs did end up being his downfall. El Generico came off the top rope but King met him in mid-air and landed a kick straight to the ribs. El Generico staggered near a corner. King drilled him from behind with double knees to the back and rolled him up on the rebound for the duke, setting the field for the “Survival of the Fittest” elimination match final.

The two had a competitive match, brawling on the outside for a bit early. Ridge fired up briefly near the end, even escaping Da Cop Killa, but Homicide caught a kick, hit the 187 and followed up with the West Brooklyn Lariat to score the win.

Prior to the match, Truth Martini grabbed the mic to a ton of heat and introduced Gowen as a new member of the House of Truth. Gowen, a Detroit native, was cheered when introduced.

The match was a solid, yet unspectacular affair until the referee lost control of the match and it broke down with all six men brawling in the ring. Bodies were literally flying everywhere and it was all moving so fast it was hard to keep up. Everyone took turns hitting dives onto the ever-growing group of bodies on the outside. It ended with the heavier Elgin being launched over the top with a backbody drop onto the unfortunate group below.

Once everyone recovered, it appeared the Briscoes were setting Elgin up for a Doomsday Device, but that was thwarted by Elgin, who, when all was said and done, ended up hitting an incredibly impressive move. In the spot of the night, he loaded the Briscoes up, one in position for a Samoan Drop and the other in his arms. He walked over from the corner and hit a fallaway slam, launching one Briscoe and landing on another. The crowd was in awe of the move, particularly from Elgin, who had the least heat of anybody in the match by a country mile.

After some fighting between Daniels and Elgin, Gowen got involved as the legal man and was, for his troubles, hit with the BME (Best Moonsault Ever) from Daniels and dropped the fall.

This was an impressive match that regained the crowd in a big way following a slow start.

After that, it was on to the “Survival of the Fittest” final, a six-man elimination match pitting Titus, Castagnoli, Steen, Cole, Edwards and King against each other with the winner receiving a future ROH World Title shot.

Having been placed in custody earlier, Steen was the last man to enter. With everyone else in the ring, it was El Generico who came out and started taking it to Steen, looking for revenge from earlier. The attack worked, as Steen was thrown into the ring, referee Todd Sinclair called for the bell and Castagnoli immediately drilled Steen with a bicycle kick to eliminate him from the match in about 10 seconds flat.

The eliminations did not maintain that pace, though, as it was quite a long time before the next.

Titus and King naturally worked together and isolated Cole like it was a regular tag team match. After finally hitting a kick, Cole went looking for the “hot tag.” Unfortunately for him, he went to the wrong corner. As he neared the outstretched arm of Castagnoli, the Swiss wrestler dropped from the apron, leaving Cole stranded. Cole managed to fire up and send Titus into that corner where Castagnoli tagged himself in and picked the bones, hitting Cole with a big clothesline to eliminate Cole.

Castagnoli continued his tear through the match when he next eliminated Titus with a Very European Uppercut.

Edwards came in after Titus was eliminated and Castagnoli immediately attacked the injured right shoulder which was hurt in Edwards’ match with Hero. Edwards went to the outside and Sinclair sent him to the back deeming him to be too hurt.

The match continued with only Castagnoli and King left in the ring. They battled until Edwards returned a few minutes later, distracting Castagnoli and allowing King to pin him, shocking both Hagadorn and Sara Del Ray at ringside.

So it all came down to Edwards and King for the title. Edwards made the most of his situation, hitting King with at least 25 consecutive headbutts. King, though, finally took advantage of the situation and put Edwards in a half crab. Edwards escaped and locked in his own. It was a struggle on the ground, but Edwards had enough and cranked the hold, finally forcing King to submit to win the 2010 “Survival of the Fittest” tournament.

Edwards celebrated his win with a large trophy and several babyface wrestlers before being helped to the back.

ROH announced it will return to Dearborn on Friday, April 29.