Gallows sees SummerSlam as an opportunity 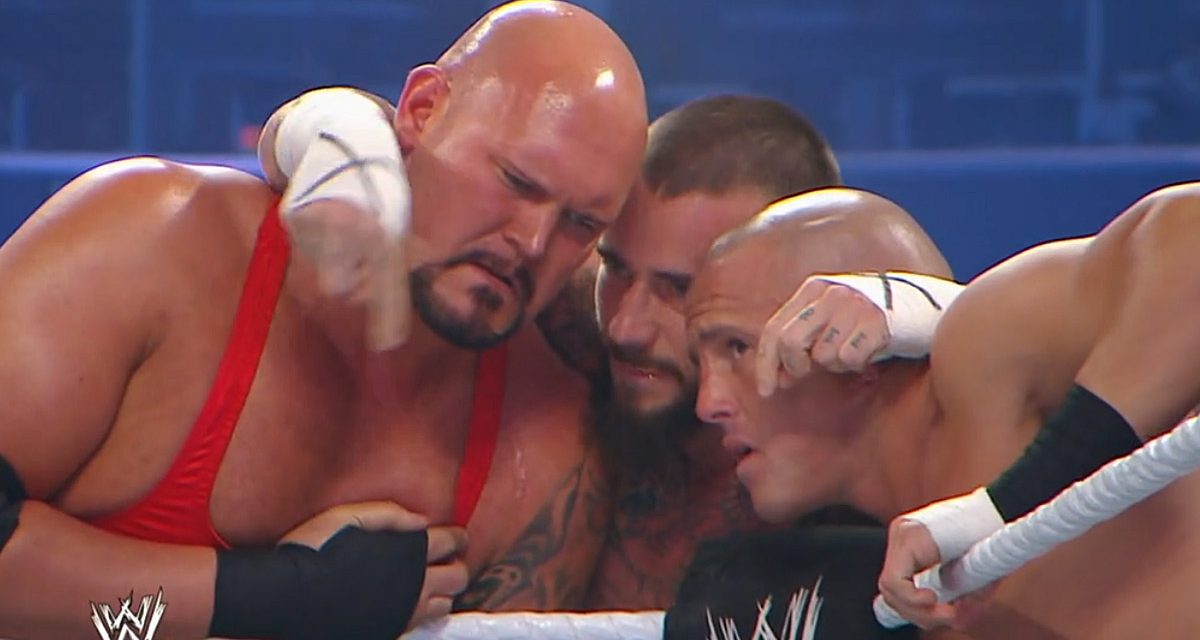 Luke Gallows has a warning for The Big Show — The Straight Edge Society is “psyched” for SummerSlam, and can’t wait to inflict further pain. But for him personally, it might just be the most high-profile match he’s had for WWE, in a career that has seen him under four different guises.

(Wait, maybe you don’t remember that Gallows was briefly the Freakin’ Deacon? That he was the Imposter Kane when See No Evil hit theatres? And that, many pounds ago, he was Festus?)

“I’m looking forward to getting the chance to get in there with Big Show three-on-one. Like you said, the match has been highlighted and promoted and stuff like that, which is definitely a big up for me as a whole,” Gallows told SLAM! Wrestling from his home outside Atlanta on Thursday. “The whole Straight Edge Society has helped my career take off a little bit. So I’m thankful for that.”

CM Punk’s Straight Edge Society, comprised of Gallows, Serena(Serena Deeb of indy fame), and the recently-unmasked Joey Mercury, have dominated the Smackdown show for quite some time now. The Big Show, who arrived on the Friday night show following the post-WrestleMania draft, has had issues with SES.

Gallows admits that taking on Big Show, even three-on-one, is, well, a big task.

“You can’t explain how big the man is until you see him, and it’s driven home more when you’re in the ring with him, when you feel somebody with that kind of power,” he confessed. “I remember being in the ring with him a couple of years ago, and jumping off the ropes — at the time, I was over 300 pounds myself. He caught me like a baby, like I pick my own son up.”

But there is strength in numbers, he assured.

“The thing that’s in our corner is that there are three of us, and there’s one of him. And I know that we’ve done damage to that hand, legit. I don’t know if you saw on TV, but Serena’s heel digging into that thing was nasty. Hopefully we’re ready for him come this Sunday because I’m super psyched up for SummerSlam.”

There are few who get a closer look at how over CM Punk is than Gallows.

“It’s funny, because you see the stuff on TV, and it translates so much,” he explained. “We were in San Francisco — and I’ve given this example a couple of times — we were in San Francisco doing a live event, maybe three months ago, we got on the microphone, and then he got on the microphone. By the time he got on the microphone, it was like something you hear about in Puerto Rico in the ’80s; we were getting pelting with batteries, coins, change, and stuff like that. It was insane. He translates, and people have an emotional attachment to him, that’s for sure, whether it’s positive or negative. In this case now, it’s mostly negative. We’re trying to get our Straight Edge message out there, so we’re fine with it.”

It’s true that the best angles and personalities are often closest to the real person, he agreed. “I think that’s a huge part of it. Punk’s never tasted a beer in his life. He grew up with that kind of thing. His family has real strong beliefs on that. I think that’s why it translates so heavily, because you can see in his face that what he’s telling you is something he believes is the truth. I think that’s why people get such a hook out of that.”

For Punk, it’s not just a gimmick, stressed Gallows.

“That’s legit, that’s all real, with him and the Straight Edge Society,” he said. “All three of us were hand-picked by him. I think that’s really unique and specific in today’s sports entertainment genre for something like that to happen, because it wasn’t like somebody threw us together. He picked us and pushed us all through, and I think that’s why, hopefully, we’re becoming more and more effective.”

The return of former MNM championship tag team member Joey Mercury is a great addition, said Gallows. “We’re so happy that Joey’s back. He’s a veteran, and he’s a great performer. You talk about CM Punk, and that being his true belief, but Joey’s story is real too. Joey’s been sober now for, like, 700 days or something like that. But he was living in Louisville. Punk was very instrumental on helping Joey clean up and get his life straightened out. That’s the real deal. It’s the real deal with all of us, but with Joey, Punk helped him and helped him get the opportunity to come back and be seen by the office and get his job back. That’s another reason it really correlates. I think that now that he has his mask off, he’s really going to be a big impact too.”

There’s a natural tag team pairing between Gallows and Mercury, and on the recent tour of Australia, the pair got a chance to work against The Hart Dynasty, David Hart Smith and Tyson Kidd. “We were blowing it up every night. People were really into those matches,” he said. “We had great chemistry together. I really, really enjoyed that series, and hopefully we’ll be able to bring that to TV soon as well.”

And watch out for Serena too. After all her successes on the independent scene, it is only a matter of time before she gets a chance to compete with the WWE Divas; in fact, she finally started wrestling while on tour of Australia.

“I think we’re getting there,” Gallows warned. “That was another thing that helped us out in Australia – she actually wrestled for the first time. I hadn’t seen her wrestle too much. I’d seen her when we were in OVW together briefly. You kind of forget because she’s a character in the Society, and I think that comes across on TV, and it’s effective. It’s almost like a secret weapon for us in the women’s division. I think once we get her out there, and people see her wrestling, it’s only going to make the group stronger.”

The SummerSlam hype has been dominated by the Nexus storyline and the drama over who will comprise Team WWE. Naturally, Gallows has been following it, but believes that Smackdown delivers just as much to the pay-per-view as Monday Night Raw.

“We kind of have our own thing going. I was just thinking about that before we started doing the interview, what Smackdown’s bringing to this show. If you follow the Dolph Ziggler-Kofi Kingston series, I’m super-excited to see that coming this Sunday,” he said of the bout to be announced tonight on Smackdown. “That’s going to be a great match, those two guys together. I think that we’ve got our own thing that we’re doing on Smackdown right now. I think we’re really going to contribute on Sunday. As far as the product goes, I’d put us up against anything. Definitely in tune with the Nexus thing, and hoping Team WWE pulls through. But I think we’re bringing our own thing to the table this weekend, for sure.”