LAS VEGAS — The thing about going to a Cauliflower Alley Club reunion is that you can’t predict who you are going to meet or what stories you are going to hear. Take, for instance, the hour and a half I spent listening to 90-year-old Ted Tourtas spin stories. 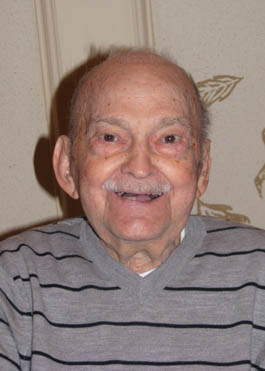 He’s not a big name, but he started wrestling in 1941, worked into the early 1960s, and basically, knew everybody.

When he was in New York, he knew James Blears and Stu Hart, both fresh out of the war. He learned some amateur wrestling from Joe Pazandak. He was close to legends like Jim Londos, Gorgeous George — who he knew as just George Wagner — and football star turned wrestler turned actor Woody Strode. He had been to “Hercules” George Tragos’ famed gym in New York City.

Tourtas was also one of the first to sign on to Mike Mazurki’s idea of the Cauliflower Alley Club, initially a fraternal organization of wrestlers, boxers and actors.

Initially, it was Steve Johnson and I sitting there listening, and then a small crowd gathered, which later included his “baby sister,” who punctuated his comments with some treats of her own.

We’d ask him about a name, and he’d go, “Of course I knew…” and launch into a story.

Then he’d go, “another incident…”

It was, quite simply, priceless.

There’s a lot of that around here, if you know where to look and what some of the backstories are.

There’s “Cowboy” Dan Kroffat reuniting with Earl Maynard, who saw Kroffat on the beach in Vancouver and suggested he become a pro wrestler. Maynard, by the way, might be the nicest guy here. He was going up and introducing himself to everybody Monday night.

Or there was Ted DiBiase Sr., who is getting the CAC’s top award at the banquet Tuesday night, limping in to the room. “Irish” Davey O’Hannon is limping his own way in another direction. He sees “The Million Dollar Man,” and quips, “We sure walk funny.”

Killer Karl Kox is a hoot of a guy, and I, for one, didn’t know he’d be here. I’d interviewed him a couple of times over the years, and my wife had met him at a Texas fan fest. He’s still a big dude, but not so scary. When he was a prison guard, the inmates would say, “I used to watch you.” And he’d reply, “And now I watch you.”

At the bar, JJ Dillon is playing video poker. He’s the co-MC for Wednesday’s banquet with Terry Funk. Have you prepared anything for the night, JJ? “How can you prepare for working with Terry,” he joked.

That sort of sums up the Cauliflower Alley Club reunion; you can’t prepare for it. You just have to roll with it and experience it.