WrestleMania has always been special for Hart Dynasty 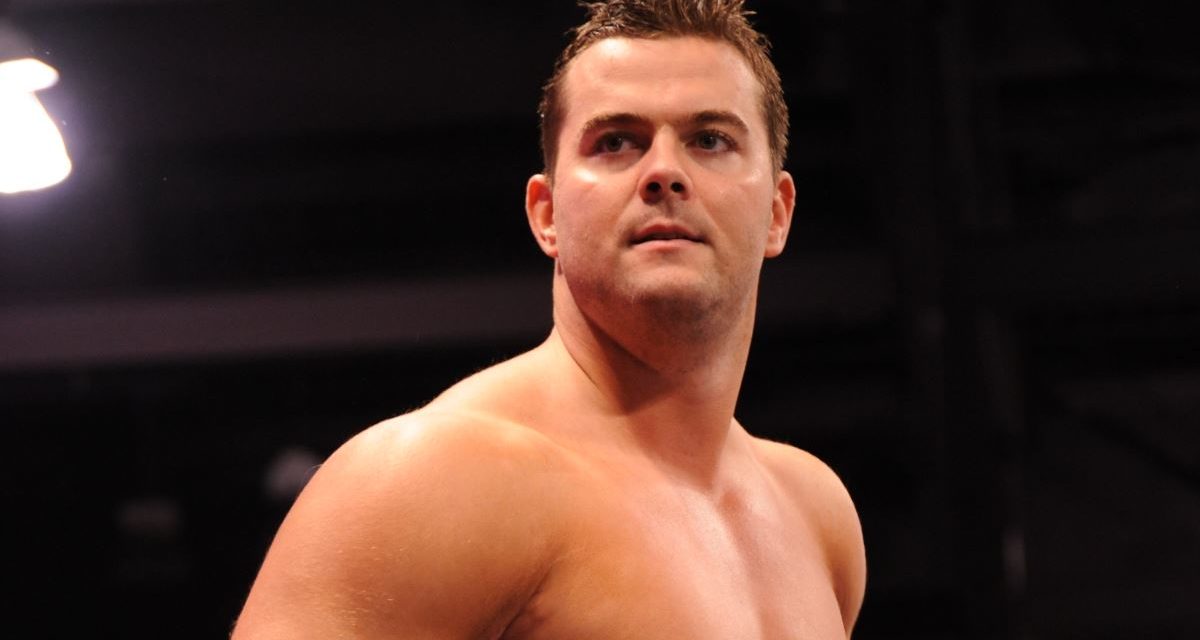 TORONTO — Though these days they are known as David Hart Smith and Natalya, there was a time when they were just Harry Smith and Nattie Neidhart, two kids of wrestlers hanging out backstage at WrestleManias. This weekend, without a match booked, they will be doing the same thing as adults.

For one thing, their Uncle Bret Hart is in one of the featured bouts on Sunday, taking on their boss, Vince McMahon, in a Street Fight. And one night earlier, their grandfather, Stu Hart, will be among the inductees to the WWE Hall of Fame. 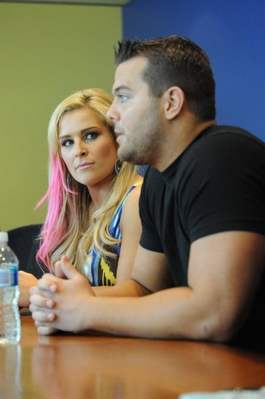 As The Hitman promised on Raw Monday night, there will be Harts all over Phoenix. (And they will be all at the Hall of Fame induction, posted conflicts with Fan Axxess signings be damned.)

“Everybody wants to be a part of it,” Natalya continued. “My mom and dad are going. All Stu’s children are going. It’ll be really nice for the family to get together. My grandfather is my hero, and I know he’s David’s hero, and a lot of people’s hero.”

The announced return of Bret Hart at the beginning of 2010 had a lot of pundits predicting that it would be an excellent chance to elevate the next generation, the Hart Dynasty of Natalya, Smith and Tyson Kidd (formerly T.J. Wilson).

Should the Hart Dynasty have been involved in Bret’s comeback? Natalya hems and haws a bit about not making decisions about their characters, until Smith jumps in. “I think it would have made perfect sense. Why it didn’t happen, I couldn’t exactly tell you.”

With Hart having said he’d be around after Mania, could it still happen.

“We really don’t know any of those plans after Mania. In WWE, we go show to show, day to day. In our industry, WWE, it’s always ‘card is subject to change’, whether it’s injury or whatever. Things change by the day,” said Natalya. “We would love to work with Bret in the future. I’m very optimistic that the Hart family will have a nice, fresh legacy, with the Hart Dynasty being the up-and-comers. I think we will have a bright future in WWE. I look forward to the time when we can do more stuff together as a family.”

Bret didn’t consult the Hart Dynasty directly about returning to WWE, but both Smith and Natalya think that their being there helped smooth the road a bit.

“I think maybe he saw that the coast was clear and he saw we were on TV. He figured he’d come back and do the last straw with Vince, I suppose you could say. … I don’t know if the hatchet will ever be fully buried between the two, or it’s just business; I couldn’t quite tell you,” admitted Smith. 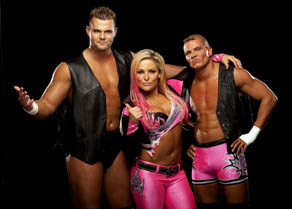 “I always had a feeling … I’m one of those people who say never say never. This isn’t just a gig for Bret. This was never just a gig for him. That’s why he was so good at what he did, and that’s why he is looked at as one of the all-time greats in the history of our industry,” said Natalya. “I think for him, the never-say-never attitude really applied in the sense that we didn’t ever know when or if he was coming back, but I think the fact that the Hart Dynasty was introduced and we sort of started to pave a neutral ground for Bret when he came in, sort of talking to him about the things that we going on with us, having him watch our matches each week, and review them. We’re really close to Bret. Like I said, he always wanted to be a part of helping our growth. Hopefully that will happen in the future.”

Both have fond memories of going to WrestleManias as kids.

“One of the great memories, of course, was watching Shawn Michaels versus Bret ‘The Hitman’ Hart in California, Anaheim. That was a great match to watch live,” said Smith, the son of “The British Bulldog” Davey Boy Smith. “Another great memory I have is watching my father beat The Warlord at WrestleMania 7. I was at WrestleMania 3 and 4, but I was just too young to remember anything that happened there.”

“Probably one of my favourite WrestleMania moments was Bret versus Owen from WrestleMania 10, just because it was such a special match,” said Natalya, daughter of Jim “The Anvil” Neidhart. “If you really watch that match, it’s kind of like something that every young wrestler should watch if they want to aspire to be great in this business. I think they really did the family proud, they did WWE proud, and they certainly set a level of excellence for WrestleManias to come.”

The memories seem to get flowing, and Smith brings out a battle he had with his cousin, Dallas, who is one of Bret’s sons.

“It was WrestleMania 11, in Hartford, the Civic Center. They had sort of a Fan Axxess — it was called something different then, of course. They had this deal where you jump into these big, huge sumo suits and you wrestle around with the other guy. They had me and Dallas both wearing those, and we had a little sumo competition. I think it’s actually in one of the old magazines. They show a picture of me flexing; I’ve got the little fake WrestleMania tattoo on my arm.” 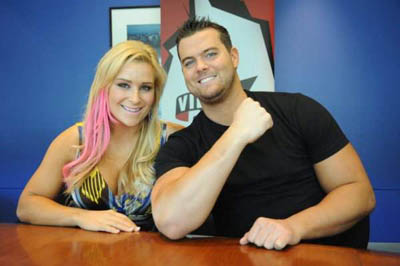 Posing for the camera. Photo by Mike Mastrandrea

Though their moment to shine on the biggest stage of them all won’t come this year, Natalya stresses that it is still great to be a part of it all.

“WrestleMania is a special time of year, at least my perception of it,” she said. “It’s like New Year’s for us. People celebrate New Year’s, but for WWE, this is kind of our homecoming every year and it’s really special. Everybody brings their family members. Just having our family around — especially with our family being so big — and sharing a love of what we do, all of us being able to congregate, especially this year at WrestleMania, it’s going to be amazing. We’re really excited about it. Growing up, I have all these great memories. Some of them are so vivid, because I have such a large family, and we’ve had so many different gatherings. I think most of them have been centred around a WWE wrestling ring, or something involving headlocks.”