Wendi Richter: A celebration of her ups and downs 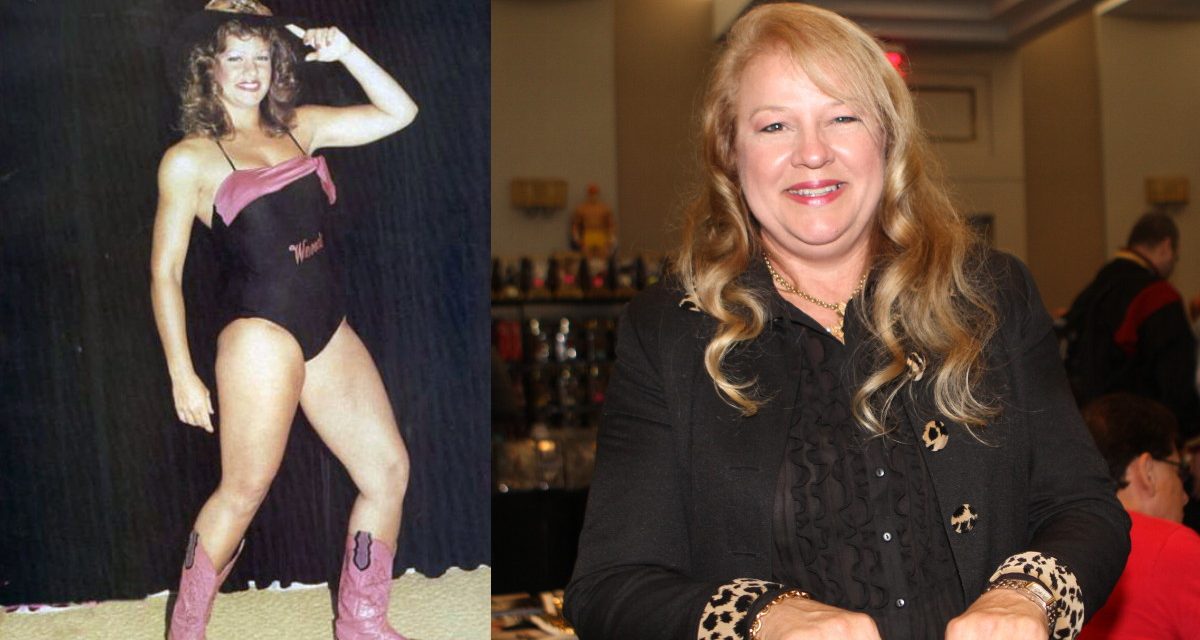 On the eve of 2010’s WWE Hall of Fame and WrestleMania bonanzas, we’re reminded again about keeping your friends close and your enemies closer — especially in pro wrestling.

Overshadowed by Bret “Hitman” Hart’s return, (and his long-awaited chance to step in the ring with Vince McMahon and finally avenge the Montreal Screwjob), is Wendi Richter’s induction into the Hall, which could be interpreted as another move by wrestling’s kingpin to mend fences he broke long ago.

Richter probably knows just what Hart went through when McMahon arranged to have his heavyweight title taken away from him in a swerve finish. Especially seeing as how a similar incident occurred to her first.

On November 25, 1985, WWF Women’s Champion Richter was scheduled to take on “The Spider Lady” at Madison Square Garden. What Richter didn’t know was that McMahon had orchestrated Richter’s former mentor Lillian Ellison, a.k.a “The Fabulous Moolah,” and the referee to conspire to rob Richter of her belt. 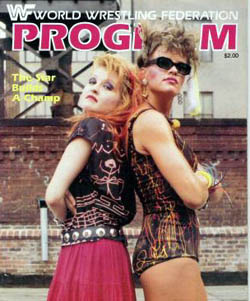 Cyndi Lauper and Wendi Richter at their peak in the WWF.

In the years since, there have been rumours McMahon made his move because Richter had refused to sign a new contract, but in her shoot interview, Richter maintained she was still under her original five-year deal. Compensation seems to be the heart of the problem, in that Richter wanted more and McMahon didn’t want to pay.

During those heady years, Richter’s popularity had grown so much that an issue of Pro Wrestling Illustrated put Richter on its cover and asked, “Is Wendi Richter more popular than Hulk Hogan?” Missing from her great notoriety, though, were big payoffs. She told the Tampa Tribune in 2005 that she was paid about the same as the opening match male wrestlers.

As for the match itself, Richter and the fans seemed to know something was up. Richter said she was surprised to find Moolah backstage since the veteran never showed up to events unless she was on the card. Her suspicions were confirmed when opposite her in the ring stood her fully covered but Moolah-shaped opponent.

“She was supposed to be The Spider Lady, but she didn’t look much like a Spider,” Richter told the Tribune.

The fans weren’t really fooled either — some could clearly be heard chanting “Moolah!” less than a minute into the bout.

The finish seemed to catch just about everybody off guard, as Richter kicked out of a small package at the count of one but the referee kept counting to three. Even announcer Gorilla Monsoon sounded surprised, at first saying “that was a close one” when Richter lifted her shoulder, and then reported in a confused tone that the ref had counted to three and had called for the bell. If Monsoon truly was as incredulous as he made out to be, it would reveal just how secretive McMahon was about the outcome, as Monsoon was one of McMahon’s confidants and had a prominent backstage role. But, then again, maybe he was in on it as about midway through the match, shortly after Richter tried to remove Spider’s mask, Monsoon said, “I’d like to know who The Spider is… probably Moolah — wouldn’t surprise me.”

Realizing she’d been double-crossed, Richter didn’t waste time hanging around and stormed out of the arena and to the airport without changing out of her wrestling gear. She never spoke to Moolah again and to McMahon only in recent years.

Ironically, Richter was initially trained at Moolah’s wrestling school before the 5-foot-8, 140-pound Dallas, Texas native made her debut in 1979. They even tagged together in Richter’s first New York run in early 1982.

By the time Richter returned to WWF in late 1983, she had already wrestled in Japan, Canada, and the U.S., forming “The Texas Cowgirls” with Joyce Grable. The duo wrestled for legendary promoters like Stu Hart, Verne Gagne, and “Cowboy” Bill Watts, and would go on to twice capture the NWA Women’s Tag Team Championships. 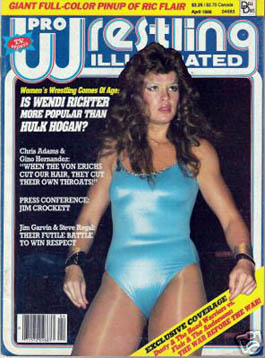 But Richter’s career really took off in 1984 when McMahon brought in Cyndi Lauper for a feud with “Captain” Lou Albano, which saw Richter — with Lauper in her corner — take on Moolah, who was seconded by Albano. Richter would defeat Moolah at MTV’s Brawl to End it All and end Moolah’s so-called 28-year reign as the women’s champ. (Moolah had sporadically dropped her belt on other occasions, but never were her losses even nearly as high profile as her defeat that night.) Although Richter would lose the title to Moolah protégé Leilani Kai in February 1985 at The War to Settle the Score, she would recapture it at the inaugural WrestleMania a month later.

But before the year was out, Richter would be pushed off the peak she had reached.

Nevertheless, she persevered — Richter became a born-again Christian, wrestled around the indy circuit, and had a successful run for Puerto Rico’s World Wrestling Council, where she held the promotion’s women’s belt twice. She also reappeared in the American Wrestling Association, and in December 1987, scored the duke over Madusa Miceli to win the AWA’s Women’s Championship.

Richter would continue to appear in wrestling rings for years, and in 1999 went on a tour of U.S. military bases in Europe for the National Wrestling Federation. Interviewed at the time by the U.S. military newspaper Stars and Stripes, Richter recounted her WWF days, saying she was “surrounded by evil” and was offered plenty of drugs, which she said she refused. She compared the WWE’s “Attitude Era” to a circus, and said wrestling hit its lowest point when Owen Hart died in the ring but the show went on.

“That just says everything right there,” Richter told Stars and Stripes. “I’m ashamed that someone had to die. It’s a shame the show just went on. They just scraped him off the mat like he was so much dust. That says something about the character of Vince McMahon.”

After wrestling, Richter, unlike so many in the business, would prosper. She worked as a real estate agent and earned a master’s degree in occupational therapy. She worked in therapy, and also raised show dogs. Although Richter made a brief return to wrestling in January 2005, appearing in a couple shows for WrestleReunion, she stressed in an interview that it wasn’t for the money, but to reunite with old friends.

“I make more money now than I ever did in wrestling,” she told the Tribune.

The wounds of November 1985 hadn’t completely healed even as of last year, as Richter declined to participate in WrestleMania 25’s Divas battle Royal that would determine “Miss WrestleMania.” But the situation seems to have since been smoothed over, as Richter is to be inducted into the WWE’s 2010 Hall of Fame class by “Rowdy” Roddy Piper, also a main player during the “Rock-‘n’-Wrestling” days when he feuded with Lauper and Hogan.

So after 25 years, Wendi Richter has finally come home. At least, for one night anyway.