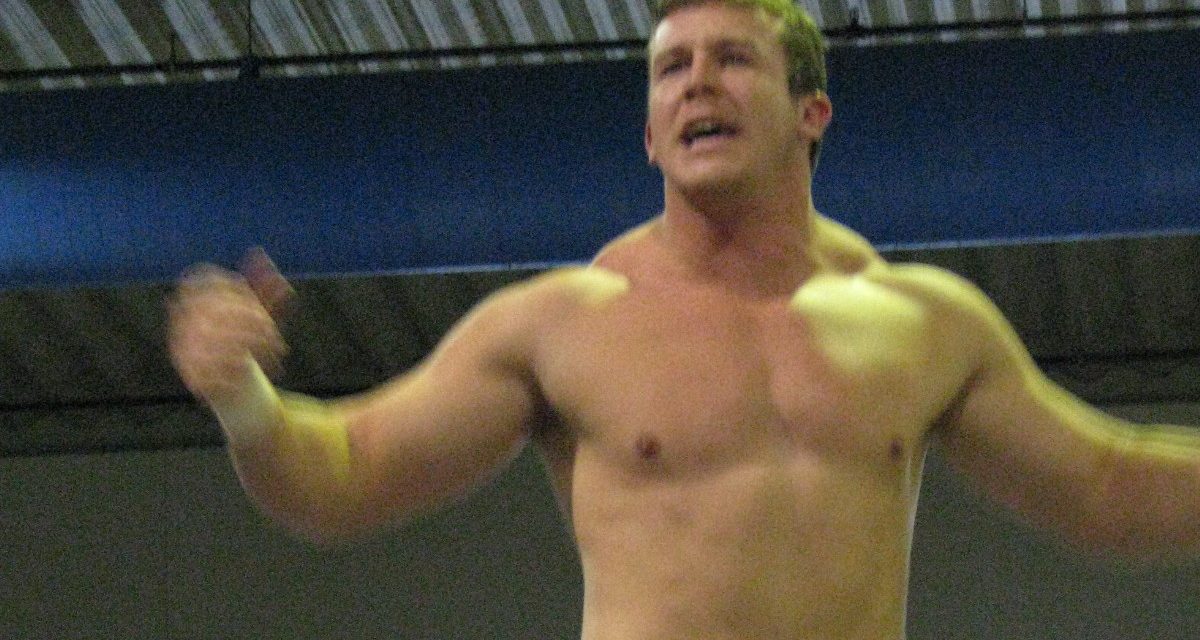 The Marine 2, out today from WWE Films, offers the first real opportunity to test the waters of the good guy/bad guy dichotomy. Will WWE fans head out to buy a copy of the film, which stars Ted DiBiase Jr., one of the hottest heels on the roster, and one of its true rising stars?

DiBiase thinks they will. 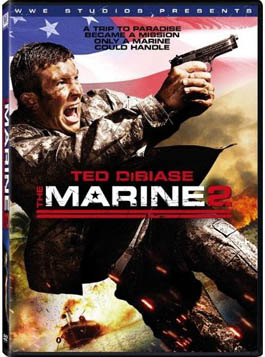 “Our fans get it. we’re World Wrestling Entertainment. You see the trailer, the movie speaks for itself,” he told SLAM! Wrestling. “It’s such an entertaining film. Our fans are so loyal, man, they are. They’re great about picking up our DVDs, because our company does such a great job with them, man. It’s a great movie. It’s action-packed. Nobody is going to be let down.”

The Marine 2 is a direct-to-DVD release from Twentieth Century Fox Home Entertainment and WWE Films on DVD and Blu-Ray. DiBiase plays Marine recon sniper Joe Linwood, who is at a luxurious five-star resort when local rebels seize control of the property and take the billionaire owner (Robert Coleby), a group of guests and his wife Robin (Lara Cox) hostage. Needless to say, it’s DiBiase who has to lead the fight against the rebels. (SLAM! Wrestling hasn’t seen the movie yet, but we doubt Cody Rhodes or Randy Orton help him out.)

It’s not a direct sequel to John Cena’s The Marine from 2006, but DiBiase said that Cena was a help.

“Cena was good. He said, ‘Just be yourself,'” DiBiase said. “Because what we do on Monday nights, it’s live TV. I think that prepared me a lot. We’re out there entertaining thousands of people live. There are no retakes, no second chances. If something goes wrong, you’ve just got to go. Doing the movie was just the same. It was different, acting in front of just a camera was a lot different. I feel that I was able to pick it up pretty fast.”

It is important for the WWE to promote its superstars on multiple platforms, he said. “We’re very talented people. We have so many guys that are so talented… Maybe those that aren’t fans of WWE [will now think]: ‘Hey, these guys aren’t just a bunch of dumb meatheads. They actually have a lot of talent.'”

Growing up the son of Ted “The Million Dollar Man” DiBiase, he naturally always had an interest in professional wrestling, but acting was a dream as well. “What kid doesn’t grow up thinking, ‘Hey, man, it would be cool to be an action hero?’ I guess I did a little bit. But I was pretty thrown off guard when they approached me about just reading for it. Then actually landing the part was, man, definitely a dream come true. It was an amazing moment for me.”

Reminded that the last WWE straight-to-DVD release, Behind Enemy Lines III: Colombia, had a star — Ken Kennedy — who is no longer with the company, DiBiase chuckled. “I don’t think it was due to his movie. I don’t know. I’m not worried about that guy. He has his own life and issues. I know that I have a good rapport with WWE. They’ve placed a lot of trust in me doing the film. I take a lot of pride in that. WWE Studios has just done a fantastic job of putting this together. The special effects, and even the music, is just unbelievable. It just looks like a major motion picture, like we had more money, about twice the money that we spent on it; that’s what it looks like with what our budget was. We had to do it pretty quick.”

His preparation routine for a scene was similar to what he does before a wrestling bout. “When I get ready for a match, right before I go out, I just try to get extremely focused, focused and relaxed at the same time, so everything’s natural. On the set, there were different moods you would find yourself in. You’d be shooting the same scene for sometimes five, six hours at a time. So you’d have to keep yourself in that state of mind. That was the newfound respect for actors, that was the difficult thing about acting on film — staying in that mood. So I’d have the iPod and whatever songs that kind of took me there, I’d listen to them and just go off by myself, do some pushups and situps, and get ready.”

One of the his co-stars was Michael Rooker, who has a cult following in Henry: Portrait of A Serial Killer, and has been in a ton of other films as well, including Cliffhanger, Days of Thunder, Slither, and Tombstone.

“This guy’s been in a lot of movies. He’s one of those guys you look at, ‘I’ve seen him before.’ His name might not really pop up at first. He was so much fun. Me and Michael got along extremely well,” DiBiase said.

Rooker is an accomplished martial artist, and he and DiBiase talked about his training. DiBiase himself did almost all of his own stunts, including working with Muay Thai fighters.

The Muay Thai might just be something he brings back with him to the wrestling ring. “Yeah, I’ve got some things hidden up my sleeve, maybe, that I’m waiting for a special day. I don’t want to blow it for the movie, but you’ll see a few new moves coming out in The Marine 2.”

It’s a busy time for DiBiase, but he’s loving it. The promotional tour for the movie is hardly a rest compared to being in the ring. “Oh God, it’s no break, I can promise you that,” he said. “We did Monday Night Raw in Tampa. Before that, on Monday, I was in Orlando, Monday morning, doing media all day. Went to the building, did the show. The next morning I was in Tampa doing interviews and media. Got home at 10 o’clock last night, well, got to my house around 11:30. Went to sleep. Woke up at five this morning, and I’ve been on the phone ever since. It doesn’t sound hard, or sound like much, but it’ll wear on you.”

But even after a long, long round of interviews, he’s still able to laugh. Will his brothers, Brett and Mike, hassle him now that he’s a movie star?

“Actually, I give them flack. ‘What are you guys doing? Huh? Step it up a little bit!’ I’ve got a younger brother, 21 years old [Brett], he’s coming up. I think he’s got a big future. He’s a really talented kid — well, he’s not a little kid anymore, he’s actually probably surpassed me, he’s bigger than me.”

When asked about his older brother, Mike, DiBiase surprisingly reveals that the brothers have not been talking: “I don’t know about [him]. I haven’t heard much from him lately.”