Swimming with Piranhas offers many lessons 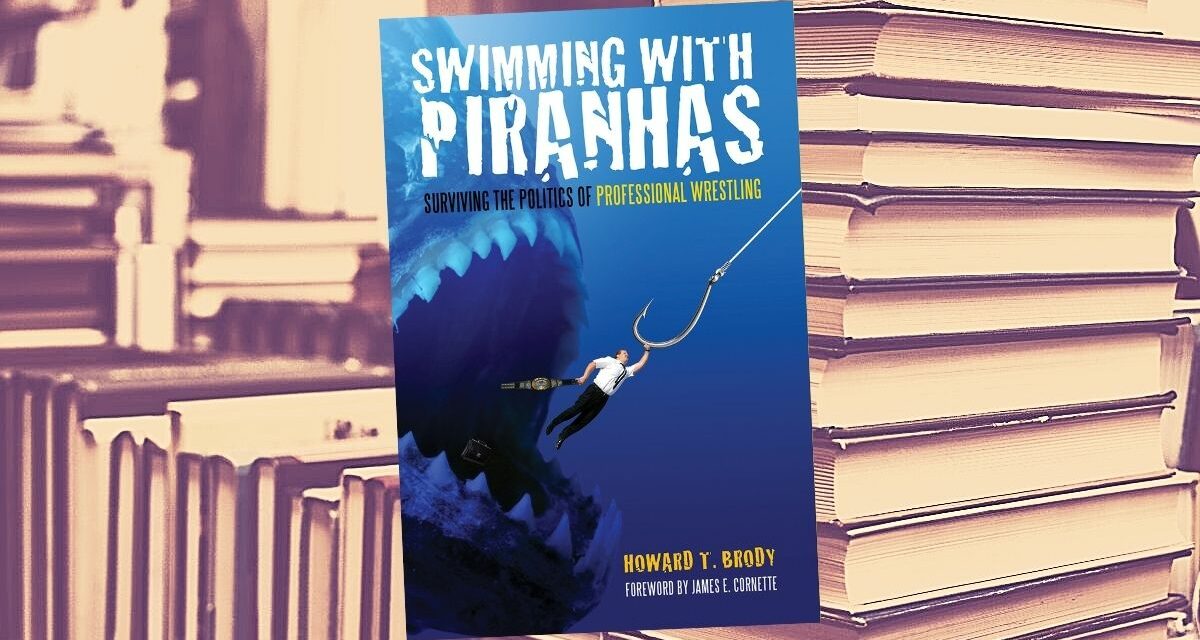 Howard Brody’s aptly titled autobiography, Swimming with Piranhas: Surviving the Politics of Professional Wrestling, begins with the author writing that he will offer a unique view of the industry, never offered before. 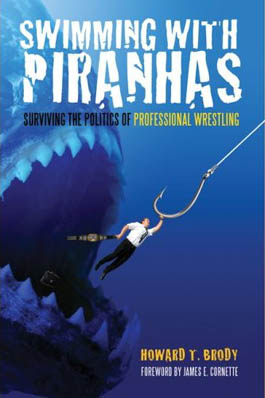 While I was originally skeptical of this claim, having read many other tomes from wrestling’s most recognized power brokers, Brody delivers with his unique dealings, not only behind the curtain of live events, but in the office, while conducting day-to-day business, as well.

I wondered how different this book would be from Eric Bischoff’s story in his Controversy Creates Cash release, for example.

While both were central characters in some of the most recognized promotions of the modern era — Brody with the National Wrestling Alliance (NWA) and Bischoff, of course, with World Championship Wrestling — Brody concentrates much more on the trials and tribulations he experienced trying to establish various promotions and concepts and his experience goes deep behind the scenes into the territory of establishing financing for his projects, making distribution deals and organizing overseas tours.

Every step along the way, Brody runs into the piranha-infested political waters that pro wrestling is plagued with, as he chases his dream to make a personal impact on the industry.

Thanks to an array of roadblocks, Brody fails more often than not and by the midway point of the book, you are really rooting for him to finally succeed and are heartbroken when yet another of the schemes he’s working on is derailed. Brody calls wrestling his mistress, something he has brief affairs with, and this is a theme that many of us can relate to. Wrestling is the thing we love passionately, but we do it in private, keeping it quiet and hidden. It’s our little secret and one we sometimes regret.

Along the way, Brody flirts with his mistress and learns many valuable lessons, wheeling and dealing with many of the biggest names in the business: Bischoff, Vince and Linda McMahon, Paul Heyman, Antonio Inoki, Dixie Carter, Herb Abrams, Dennis Coraluzzo and Hiro Matsuda, to name a few.

His journey peaks with his run as president of the NWA from 1996 to 2001. During that time, he helped resurrect the dying brand, leaving the organization shortly before it began its relationship with Total Non-Stop Action (TNA) in 2002.

Brody gives the reader a glimpse of something many of us — including yours truly — are trying to do: be a part of the wrestling industry … any part of it. He starts humbly, as a wrestling journalist — sound familiar? — and works his way through the ranks from low-level promoter to head of the NWA, once the largest wrestling organization in North America.

Brody sacrificed a lot to be part of the wrestling game, from personal relationships to financial stability and even his own sanity.

At times it’s hard to keep track of all of Brody’s business associates, as he wades through the wrestling waters, but he makes a strong effort to keep everything organized and reminds the reader of who a colleague is, for the most part, if they’re reintroduced at later points in the book.

Throughout the manuscript, Brody departs from his own story to give history on different subjects, such as the growth of wrestling from the 1950s through to the 1980s and how the NWA and then-World Wrestling Federation played their respective roles.

While his lessons offer good backgrounds to subjects Brody discusses as part of his own tale, it also causes some jumping around with dates when the reader is returned to the original narrative. Many times while reading, I was left with an overwhelming feeling that if all these smaller promotions, competing with each other due to greediness, could just have created working relationships then more money would have been made for all.

I’m not saying everybody has to get along and that there can’t be any competition, but when you have multiple promoters in one area sinking huge amounts of money into their companies and then each drawing very poorly, then an easy solution is to combine resources for the common goal and the product would in turn not be so diluted.

This is another message Brody tries to get across, that the wrestling business is full of people who refuse to learn from the mistakes of others.

As Brody points out, politics exist in every facet of life, whether we realize it or not. As frustrating as they are, they can also be what make life interesting and challenging.

In the end, Brody is satisfied with his contribution to the industry, albeit it’s not what he set out to achieve. While describing his journey, he isn’t shy about giving his opinions on those he had the fortune and misfortune of working with and dishing out the dirt from his behind the scenes experiences.

All in all, the book makes for a great read and will be lessons for those who still want to swim with the piranhas. Better yet, many will likely choose to stay in the shallow end after reading this.