For von Goering, a long journey to Hall of Fame

It’s only a few hours from the south side of Chicago to Waterloo, Iowa. But it’s taken Fritz von Goering a lifetime of hard knocks and globe-trotting to get there.

Nearly 60 years after he started his pro career, von Goering is part of the 2009 class that will be inducted Saturday into the George Tragos/Lou Thesz Professional Wrestling Hall of Fame at the Dan Gable International Wrestling Institute and Museum in Waterloo. 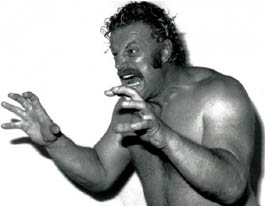 Fritz von Goering in 1972 near the end of his career.

It’s a remarkable accomplishment, considering von Goering’s roots in Depression-era Chicago, where older, hungry school kids beat him up and swiped his lunch — a sliced potato sandwich and a dill pickle. But through persistence, hard work and a contemptible sneer that provoked fans around the world into rioting, von Goering rose to the highest ranks of his profession.

“Just going to the museum is an honor in itself, and to be inducted, it’s hard to put into words,” he said from his home in Campbell, Calif., where he lives with Kay, his wife of 49 years. “It really humbles you. I’m speechless, almost. A lot of the guys that I respected or even watched as a kid, I used to admire those old-timers, and now I’m right up there with them.”

von Goering said he’s particularly thrilled to be inducted with two close friends who passed away — Luther Lindsay, an African-American star from the 1950s until his death in 1972, and Karl Gotch, a master of technical wrestling who died in 2007. Other members of the 2009 class, the museum’s 11th, include former American Wrestling Association champ Nick Bockwinkel, Ricky “The Dragon” Steamboat, and football and wrestling legend Bronko Nagurski.

At the behest of former National Wrestling Alliance champion Lou Thesz, von Goering has backed the museum since it opened in Newton, Iowa, a decade ago. “I’ve only missed two years in 10. I’ve supported the museum. I made Lou that promise, so I’ll stick to my word.”

This will be the first year since 2007 that the museum can host the induction ceremony. Record flooding last year washed out the building and destroyed many of its holdings, including a treasure trove of research documents held by Mike Chapman, its executive director. 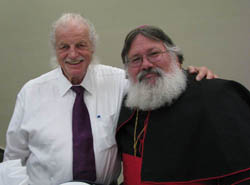 With help from the Federal Emergency Management Administration and hundreds of supporters, the museum reopened in January. von Goering said he’s looking forward to seeing the reconstructed facility. “Last year, it got hit pretty hard with the flood. They just rolled up their sleeves and went back to work. That’s the way the folks are in Iowa — pretty good, tough people.”

Fans there also will be glad to see von Goering, though that’s not the reaction they exhibited during a career that ran for almost a quarter-century. Born John Gabor, von Goering was raised in a tough part of Chicago and moved with his family just south of San Francisco in 1939 when he was about 10.

Wrestling was not taught at the public schools he attended, and AAU wrestling had yet to grab a foothold there, so he learned the game “the hard way,” by pestering pros at a local gym until they finally took him on the mat. “They worked me over and I kept coming back, and finally, they started showing me a little bit of wrestling. Then I just took all the training I could get.” His mentors included Joe Pazandak, who was big in the Minneapolis, Minn., promotion, and had a hand in training George Gordienko and Pat O’Connor, and Ben Northrup, a future Olympian who taught in San Francisco.

He broke in around 1950 and started working as Fritz von Ulm in 1955, when a Minnesota promoter needed a German-sounding name. von Ulm wrestled in the Midwest and Texas for a couple of years, but morphed in 1957 into the more sinister-sounding von Goering, a nom de guerre lifted from Herman Goering, the Nazi leader and Luftwaffe commander. “After a while, though, the Germans became the good guys, so I had to become an East Berliner,” he joked.

von Goering never was an overt Nazi in the ring, but he didn’t seem to need to be. The big 270-pounder created his share of trouble for law enforcement without aid of gimmicks like a swastika. One November 1958 night in San Jose, Calif., von Goering dashed into the street to escape an out-of-control mob during a match with then-hero Buddy Rogers. Rogers and von Goering started chasing a referee down the aisle when a fan reached up to stab the bad guy. Fellow wrestling villain Clyde Steeves, sitting nearby, jumped up to block the blow and took the knife in the arm. Meanwhile, the San Mateo Times reported, about 200 fans took off after the fleeing von Goering; unable to catch him, they ransacked a parking lot full of cars.

Just a few months later, in March, von Goering and Rogers were at it again in Mansfield, Ohio, where the German’s tactics touched off a chair-throwing riot. Four policemen broke up the fracas, which sent two people to the hospital and earned von Goering a fine and indefinite suspension from the city athletic commission.

Oddly, von Goering recalled that promoters initially envisioned him as a handsome, well-muscled young man who should be a fan favorite. To this day, he is puzzled as to why fans took to him as a heel.

“I didn’t really go out and start out like that, but that’s the way it worked out. I never could figure it out. They put me in with some of the meanest, ugliest guys, hairy wrestlers like Wee Willie Davis and Karl Davis and Hans Schnabel — all those bad dudes and the fans still said to them, ‘Hey, beat that kid, that punk kid! Kill him!” von Goering even got the catcalls when he wrestled noted rogue Fritz Von Erich in Toronto around 1956. “No matter what he did, they cheered him. He just went back to the office and said, ‘Hey, don’t ever book me with that guy again.’ ”

Yet the experiences to end all experiences for him might have been in South Korea. In 1966, he swung through Seoul on a side trip from Japan with “Man Mountain” Cannon and promptly wondered why the country caused all that international fuss.

“Somebody said, ‘What color would you paint Korea?’ and I said, ‘Gray.’ The color gray stands out in my mind for Korea,” he said. “Everything you ate there was burned. They had Tabasco sauce, so we’d dump Tabasco sauce on it. If you drank the water, you’d never get off the can; you got dysentery so bad, so I was washing my teeth with Coca-Cola and OB Beer.” 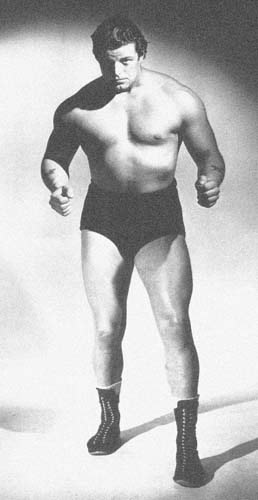 A later Korean tour with tag team partner Waldo von Erich, who passed away July 5, only added to the shudder. The two left an arena after a match in Pusan, in the southern part of the country, receiving wreaths as a sign of admiration. von Goering figured he’d take the wreath to his hotel and maybe give it to a worker at the front desk. Years later, his voice seesawed between disbelief and laughter as he recounted the events that followed.

“We came out of that arena and there must have been 5,000 people outside that couldn’t get in. They started kicking and punching at us, screaming. Waldo said, ‘Hey, Fritz, count to 10. Don’t hit anybody; you’ll start a fight.’ I said, ‘I am, but I can’t stand it much longer. Waldo, I’ve got to hit somebody!’ Somebody came in and he kicked me hard. I hauled off and hit him with that wreath and the fight started.”

As von Goering remembered, the wrestlers raced a nearby taxi, but the crowd overturned the vehicle. “Me and Waldo tipped the cab back over. I punched the cab driver, threw him in the back seat; he was no damned use. I jumped in that cab, and this is the truth. I drove it over people! I heard people screaming as I ran over some of them. Really. Finally, we got to the hotel, I give the cab driver $50 for his trouble. The wreath was shot. Forget it. There’s no wreath left because I used it to hit the guys over the head.”

The upshot was that Kintaro Oki, one of the tour directors, told von Goering he thought the episode was good for business. “It was like human life over there had no meaning at all. I don’t think I killed anybody, but I think I broke some legs and arms,” von Goering said. After a second arena brawl, Oki stationed military guards at von Goering’s matches. “They had soldiers there with bayonets and they threatened them. So after that, people were kind of peaceful.”

With Buddy Austin, von Goering also wrestled in the pre-WWE Northeast as the Gabor brothers tag team, where newspapers billed him as the Hungarian champion. Among his titles were the Eastern heavyweight championship in Al Haft’s Ohio-based promotion and a couple of runs with the Pacific Northwest tag title alongside partners Kurt Von Poppenheim and Mad Dog Vachon. He also held the Pacific Northwest singles crown for much of 1962.

Despite his villainous traits, von Goering has always been known for his good nature. His sense of humor was evident on the old Your Hit Parade TV show, where he was in a wrestling-themed skit. A singer in referee garb belted out Elvis Presley’s hit, Blue Suede Shoes, as wrestlers Larry Hamilton and von Goering tried to step on the ref’s blue suede shoes. “We just went out there and did it. It got over on the first take and everybody was happier than hell,” he said. “We never thought much about it in those days. It was just another gig.”

von Goering wound down his career for promoter Roy Shire in northern California in 1973, where he teamed with Luke Graham and fought popular grapplers like Red Bastien and Pepper Gomez. After that, he was in the trucking business for years and also helped his wife raise Maltese poodles, a sidelight that they still dabble in today.

“I was in wrestling at a time when a lot of carryover guys from the ’30s were in it, so I got a good education,” he said. “It worked out pretty well.”