As if in an role-playing video game, indy wrestler Phil Atlas values what he calls experience points.

That’s why the aspiring wrestling star often finds himself packing his bags and jet-setting his way to Japan for tours and a chance to gain knowledge and skills that will suit him in the pursuit of his mat dreams. 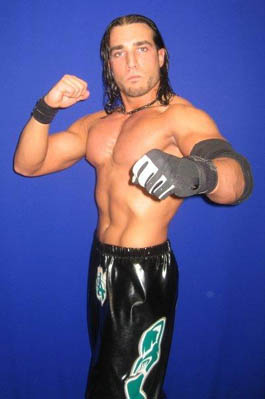 “It’s a great experience to better myself and perfect my craft,” Atlas told SLAM! Wrestling. “I’m all about experience points when it comes to wrestling and life in general. The more experience, the more prepared you are for any obstacle in your path.”

Atlas first went to Japan in 2007 as part of a talent exchange between the Can-Am Wrestling School — where he was trained by Scott D’Amore, Alex Shelley and Joe E. Legend starting in mid-2003 — and the All-Japan Pro Wrestling Dojo.

That visit lasted three months and included Atlas training at the Dojo and appearing on every show for each tour that All-Japan presented during that time.

A year later, Atlas was brought in again to compete in the Junior Singles Tournament. This time, he was signed to a contract and stayed for four months, continuing his training while working the tours.

Currently, Atlas is at the tail end of his third run with All-Japan. He went over to Japan with former TNA star Petey Williams to compete in the Junior Tag League Tournament, signing another three-month contract.

While he keeps returning to the Land of the Rising Sun, there have been many adjustments Atlas has had to make while he adapts to being in Japan.

“The first time I came to Japan, I hated it,” he said. “It was a huge culture shock and I felt as if I was offending everybody. I hated the food, I still do, and I wasn’t too fond of their way of everyday life, which I still am not. It’s hard being away from the ones you love and your home for so long, but I knew it was something I had to overcome. I believe it made me a better person in the long run.” 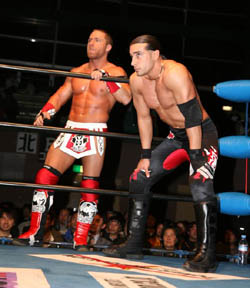 Atlas also isn’t a fan of the way the young boys are treated in the Japanese wrestling world.

“I understand when you’re starting out in anything you have to prove yourself and earn respect, but here in Japan, young boys are treated like dogs as opposed to human beings,” said Atlas. “They have to carry bags, wash their superior’s gear, make them food, lay out their clothes for them and drive them places. I sit back and watch this and all the young boys are nervous wrecks. It’s like they’re walking on eggshells and are always worried. That’s their culture though. Personally, I don’t agree with it.”

The different wrestling culture has its upsides too. In Japan wrestling is treated more as a sport than entertainment, a fact that Atlas loves. He’s also gained a certain level of respect and notoriety thanks to wrestling’s regular mainstream media coverage in the country.

Atlas has also had the pleasure of working with many top junior heavyweight talents while touring. Those North American fans would recognize include Taka Michinoku, Kaz Hayashi, Silver King, El Pantera, and Chris Sabin, to name a few.

His touring schedule is tough and hectic, keeping him away from family, friends, his girlfriend and familiar food and conversations, all while taking a demanding toll on his body, but getting to see another country keeps him going. 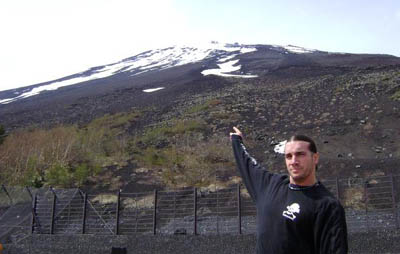 “A person like me would have never seen what I’ve seen if it wasn’t for wrestling,” said Atlas. “I’ve met people I would have never had the pleasure of meeting and I’ve made a lot of friends along the way. I love what I do.”

Atlas, whose idols include Bret Hart, Randy Savage, Steve Austin, and Shawn Michaels, has also had a chance to work for the promotion that made them all household names.

In recent years, he’s had the privilege of working two WWE matches when the company has been in Toronto and needed extra workers. They were both squash matches against Vladimir Kozlov and Snitsky, respectively, but like his tours of Japan, it was the experience that Atlas was after.

“They went real well,” he said. “It was amazing to be in front of a sold out Air Canada Centre, a great feeling.”

One of his dates closer to home comes on July 19th, when he competes in Strangehold Wrestling’s afternoon show in Toronto at the Tranzac Club against an All-Japan wrestler on a transfer to Can-Am, Kushida. Promoter Bill Skullion said that Atlas brings a lot to a promotion.

“With Phil Atlas on a show, you are guaranteed a number of things. This kid brings to the table an unmatched work ethic and a legit Japanese style that most fans only get to see on DVD or the Internet,” said Skullion. “I’ve never seen a bad Phil Atlas match nor have I ever heard of him being hard to deal with. He is a great addition to any locker room and a great influence for the kids just starting out.”

Atlas hopes to make an honest living in the business, while staying healthy and keeping those close to him happy — that and pursuing those precious experience points.