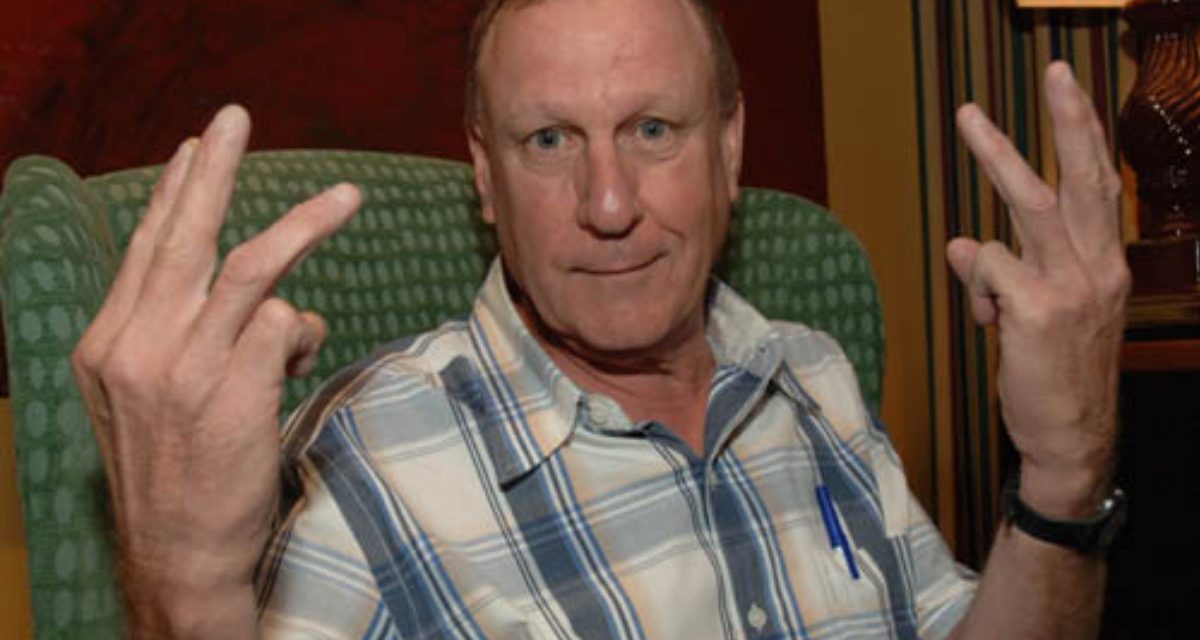 Former WWE referee Dave Hebner is synonymous with many successful Hulk Hogan title defenses, a few infamously unsuccessful ones, and refereed what is generally considered the greatest Wrestlemania match of all-time. Hebner recently shared some of his favorite moments, including his role in the epic Wrestlemania III matchup between Ricky Steamboat and Randy Savage.

The Steamboat-Savage match remains a compelling story and for good reason. Their match-up was a culmination of critical components like quality TV production, play-by-play, and a storyline containing extraordinary ring talent and a quality referee, with the result captivating fans in a dramatic way. And wasn’t Hebner’s ref bump near the end a thing of beauty? Dave confirmed the bout as one of his favorite moments in the WWE. 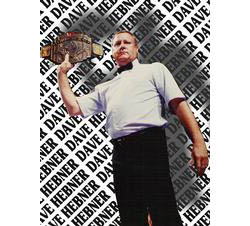 “That was the best match of the Wrestlemanias,” Hebner told SLAM! Wrestling. “We had about 22 false finishes in that match. We went over it, over and over. Randy and Ricky, I have to tell you, they gave it all they got. They are professionals. They know what they’re doing and are both great athletes and just give you everything, so you have to know your spot, know your timing,” he said.

“It’s a lot of people. And just coming out of the back, going to the ring, you just got cold chills. You just see all those people, 93,000 people. I mean how many people walked out to 93,000 people? I was so excited; sometimes I almost forgot what I was supposed to do,” he laughed.

The dirt sheets in the day were not nearly as quick as today’s online contemporaries in reporting background information, adding a dense layer of mystique to the event. Hebner recalled the basic preparation: “You get it [Wrestlemania match-ups notice] about a month in advance so you can start working it every night at the house shows so you know what you’re going to do,” he said simply. “Every night, they would wrestle each other, then they would go to the big show for the belt.”

In a recent conversation with SLAM! Wrestling’s Jason Clevett, Steamboat praised Hebner’s disappearing skills. “We have had a number of referees come and go [in the WWE]. Dave to me was excellent; he was there when you needed him and then would become a ghost. When I would go out there with Randy Savage and wrestle, Dave wasn’t somebody you would have to worry about running into or tripping over. He knew when to be there and when to disappear. As a guy, a great guy but as a referee he was excellent,” said the 2009 Hall of Fame inductee.

Hebner was good friends with the late Joey Marella, and noted that Marella was a great guy and a fine referee. He also noted Marella was assigned to referee the main event, much like how he and the other refs were assigned to theirs.

The refs did get along for the most part. “Some of the referees you didn’t get along with, most of the referees we got along good with,” said Hebner. “The only referees we ever had trouble with was the ones in New York because they had a stipulation that said that we had to use referees from New York, we couldn’t have referees that didn’t live in New York referee the matches. That’s why I missed the first Wrestlemania, because they wouldn’t let me referee up there.

“Danny Davis was a referee that was cocky. He was a real cocky guy but I always got along with him. I never had the first bad word with him, he and I always got along. He would complain all the time about this and that. But he ended up wrestling [at Wrestlemania III]; he was a good guy. A lot of people didn’t like him, like I said he was cocky.

“But you got your referees like Timmy White, who is one of the greatest referees of all time. He broke his shoulder and he went back refereeing and broke it again, so he had to give it up because it wasn’t going to work. It was the same for me, I had a kneecap put in, a planted kneecap. That’s what made me have to quit refereeing. But I could go back and do one match today, if I had to.” 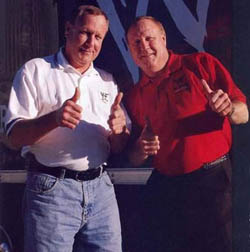 Hebner was instrumental in several other Wrestlemania matches, including officiating Hulk Hogan’s victory over the Macho Man in Wrestlemania V and raising the Ultimate Warrior’s hand in the iconic win over Hogan at WrestleMania VI in Toronto. But it was The Main Event rematch of Hulk and Andre the Giant on February 5, 1988 in primetime on NBC that once again made history as a day that continues to live in infamy. Backed by “The Million Dollar Man” Ted DiBiase, Andre the Giant, with the help of the “twin referee” Earl Hebner, defeated Hogan and captured the WWF heavyweight title — still the most watched WWE TV segment of all-time in North America.

“It was a good match,” Hebner recalled. “We had to have police escorts to the airport, because people wanted to kill us. One of the biggest things ever in the wrestling world today. I don’t think anyone has ever topped that one.”

Quite comical was the verbal and physical exchange between the Hebners after the match. The official story according to Dave is that he was locked in the closet while Earl refereed the match. Earl ended up socking Dave with a right hand and then some serious kicks to the ribs that would have made Randy Orton proud.

Apparently, it was too good.

“Yeah, he [Earl] broke one of my ribs. He got so excited that when he laid it into me, he really laid into me. That’s when you see me take that bump over by the rope where I could just roll out of the ring and hit the floor. I don’t know what happened. He must have gone nuts, trying to kill me, man,” he said half-jokingly.

“I was out a couple of weeks with that thing. A rib, it has to heal on its own, there isn’t anything much you can do with it. So he put it to me and then when Hogan picked Earl up and threw him and everybody missed him, he went over [DiBiase, Andre and Virgil] and hit the railing and broke his shoulder.”

The book is expected to be out in May or June of this year.