Earl Hebner has earned his stripes 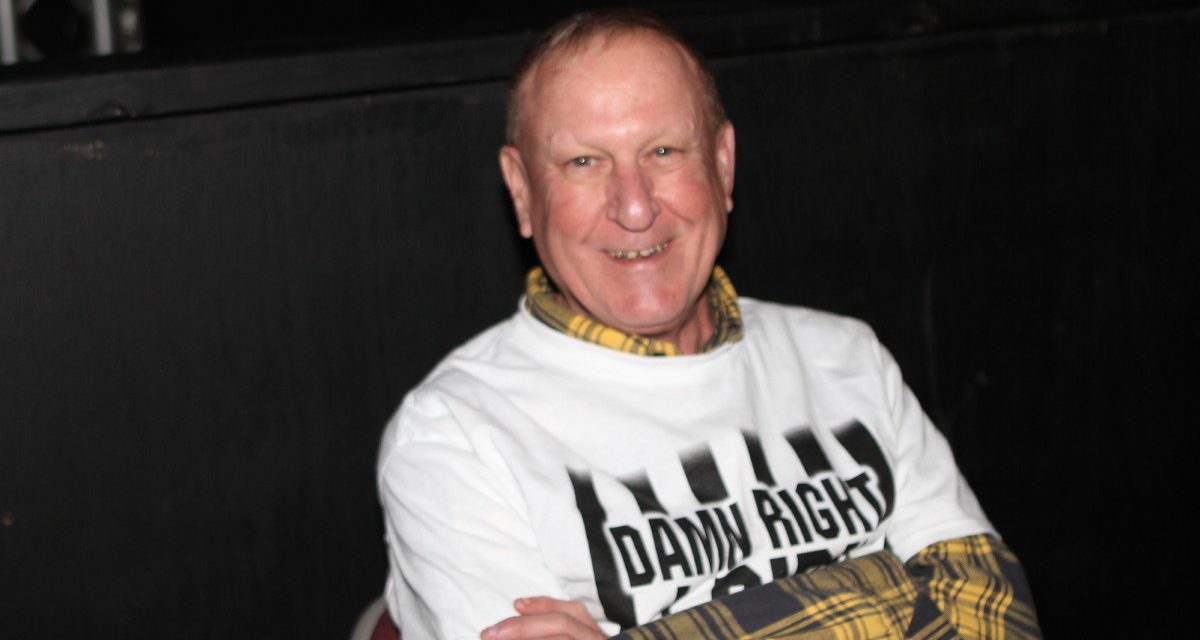 In wrestling, where characters are defined as either babyfaces or heels, the referees are generally the forgotten men. That is unless the referee is Earl Hebner. SLAM! Wrestling recently sat down with TNA Wrestling’s most celebrated — and in Canada, the most reviled — referee of all time.

His return to Canada, for tonight’s TNA house show in London and tomorrow’s No Surrender pay-per-view in Oshawa, allows Hebner the chance to do what he loves the most: simply, to get in the ring and officiating a wrestling match.

Along with those duties, Hebner’s major role with the company is training the new breed of “zebras.” While some might dismiss the role of a ref in wrestling matches — indeed, often that occupation is used as a cliché for something completely extraneous — Hebner feels it would be a mistake to underestimate its importance.

“You have to know where to be, what to do, and what’s going on,” he said, listing off the requisite skills. “I personally want to know (what’s supposed to happen for) the whole match.”

That knowledge is imperative, especially when something unplanned should occur.

“I can read instantly when somebody’s hurt. If that happens, you don’t want to continue the match. If he’s got a broken neck, why make the injury worse than it already is? A small injury can become a big injury if the referee doesn’t (notice that a wrestler is injured, or upon noticing) stop the match.”

Like anything else, Hebner says that only way all of these skills can be learned is through training and experience, both of which he has plenty.

“You’re not born with it,” he said, “It’s something you have to work at. It’s something you really want to do. When I came into this business, I wanted to be the best — I think I am. There’s a lot of good refs, but there’s not but one Earl Hebner.”

While this may sound boastful, it would be hard to dispute that assertion, based simply on his longevity in the business. It’s his years of experience that have helped him adapt to TNA’s six-sided ring, whereas many newer refs struggle with maneuvering in the traditional squared circle.

According to Hebner, “the experience is entirely different. (In TNA), you’ve got people going different places in different ways. You have to learn to watch where everybody’s going, and it’s harder because there are two more corners. At the same time, you have to learn where to stand because the cameras are in different spots — you don’t want to put your butt into the hard camera,” he chuckled. For the seasoned pro that he is, Hebner said the transition came fairly easily. “I think I adapted to it within two months. Now I don’t have any problems.”

Until, that is, when he comes up north. It’s no big surprise that Hebner isn’t a favourite among most Canadian wrestling fans. Volumes have been written about the infamous “Montreal Screwjob” that the details don’t have to be repeated here. Eleven years later, the fans still dish out the catcalls and “You screwed Bret!” chants whenever Hebner is in the ring. For his part, Hebner sees these as somewhat of a mixed blessing.

“I used to hate it,” he said about the fans’ responses, “but now I love it, because it’s keeping me alive.” Hebner illustrated this through a simple quiz. “Name a football referee. Name a baseball umpire. Now name a wrestling ref. If you ask anybody who watches our business, my name will come up. That’s just the way the business is. And it’s like no other business, no other sport. Sure, you may be able to name that NBA referee that screwed everybody,” he laughed. “But unlike him, I didn’t get any money, I just did what I had to do.”

About doing what he did, Hebner revealed that he didn’t recognize how significant Survivor Series 1997 would ultimately be. “When we did the Hulk Hogan and Andre deal (a 1998 storyline incident that saw Earl and his twin brother Dave get paid off by Ted DiBiase to screw Hulk Hogan out of the WWE Championship in favour of Andre the Giant), I thought that it was one of the most outstanding bits of my life. But the Bret Hart thing, which I didn’t think was as half of a big deal when it happened, evidently it’s bigger than Hulk Hogan and Andre. Because it’s been going on for 11 years.”

As to whether the fans are justified in harbouring the resentment towards Hebner for such a long time, the veteran is somewhat philosophical about it. “I think it’s just the way that people want to be. Some people can forget things, some people can’t.”

In any event, it certainly hasn’t taken the bloom off of the rose in terms of Hebner’s love for the business.

“I still get excited about refereeing,” though not unexpectedly, “not as exciting as it used to be. When I did my first match with Ric Flair, I was excited. When I finally got the chance to do a match in Madison Square Garden, I was excited, I always wanted to do that. But now I’ve done all that. It’s like a car: after 10 years, you still like driving the car, but you don’t drive it the same way as you did when you first drove it off the lot.”

And while that might be true, it doesn’t mean that Hebner is ready to hang up the stripes just yet. On the contrary, he’s actually doing two things right now. The first is training TNA’s younger referees, which he sees as a way to give back to the business. “I want to contribute to the younger guys,” he said, “so that this business can have good refs down the road.”

The second, as as fans will get to see in London and Oshawa this weekend, is to still direct traffic in the ring. “As long as I can get up, and get dressed and walk to the ring, I want to be there.”

“I love this business,” he affirmed. “I’m doing what I love.”