Last year, as two separate committees of the United States Congress bore down on World Wrestling Entertainment in the wake of the Chris Benoit disaster, Stephanie McMahon Levesque addressed the wrestlers backstage and confidently assured them that her dad would easily handle the heat. Indeed, Steph said, Vince would show up at a televised hearing in a clown wig. 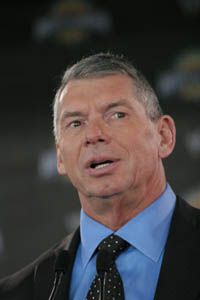 The release last Friday of a report by Congressman Henry Waxman, the outgoing chairman of the House Committee on Oversight and Government Reform, has proven Stephanie right. Once again, Vincent Kennedy McMahon fought the law, and the law lost.

Waxman released a letter to John Walters, director of the White House Office of National Drug Control Policy, providing information from the committee’s probe of steroids in pro wrestling, and requesting further examination of “systematic deficiencies in the testing policies and practices.” Waxman explained that he, personally, was easing on down the road to the chairmanship of another House committee.

Of course, the centerpiece of the report is the grilling on December 14, 2007 — folks, that’s more than a year ago — of “Mr.” McMahon himself, heel of heels, populist of populists, and eternal tilter at the windmills of authority. In the role of Sancho Panza to Vince’s Don Quixote, as always, is his trusty lawyer, Jerry McDevitt.

To be sure, the Waxman committee staff land a shot or two. But anyone who doesn’t realize that WWE walks away from the exercise essentially without a scratch — that is, with no significant prospect for follow-through on government regulation or pressure for truly independent drug-testing — is marking out for a bunch of finger-to-the-wind politicos in hasty retreat.

One thing, and one thing only, mattered when the Waxman committee, along with Bobby Rush’s Commerce, Trade and Consumer Protection Subcommittee, began their work in the summer of 2007: Would it culminate in public hearings on C-SPAN? At a closed interrogation by counsel and investigators, McMahon could play the royal asshole to his heart’s content. But would he — like the tobacco executives who denied with straight faces the link between smoking and lung cancer — really have the chutzpah to contend in a Congressional hearing room, in front of live cameras, that the wrestling industry’s early-death rate was anything other than off the charts?

The key to the success of the McMahon-McDevitt tag team was arranging for privately transcribed interviews with easily bullied staffers. Brian Cohen, the Democratic majority’s senior investigator, cooed that, per discussion with McDevitt beforehand, “we’ve not alerted the media. Our intention was that you were able to come in here without having a media circus.”

So now we know why McMahon (citing the unavailability of McDevitt) didn’t accept Congressman Rush’s invitation the next month to appear at a public hearing that included prominent figures from many legit sports. Why would Vince even consider such folly? The game was over. Nearly a year later, Waxman has written his own findings and interpretations. They will be promptly stuffed in a drawer — to be referred to again by government investigators, if at all, only after the next Benoit-level train wreck.

Vince’s interview transcript shows him in all his heavily lawyered, faux bring-it-on glory. Asked to state for the record his position with the company, he snaps: “Do we have to go through this rigamarole? Why don’t you just get to the meat of it? You know who I am.”

In her interview, Linda McMahon (who cheerfully identifies herself as WWE’s CEO and her husband as chairman) agrees that the then-WWF’s 1990’s drug-testing put the company at a competitive disadvantage with World Championship Wrestling, which did not have such a program. But not Vince — he frames the elimination of WWF testing in 1996 only in terms of cost savings: “We had lost $5 million to $6 million [on all operations], and testing was very expensive…. [W]e were fighting for economic survival. As a matter of fact, [for a time we] even eliminated water coolers.”

Whether McMahon is as crazy and out-of-touch as he seems, or is just playing that role on TV 24/7, is hard to say. But crazy and out-of-touch — and brilliantly effective — he is. Linda and the drug lab’s Black readily concede that the Wellness Program was developed in the fallout of the 2005 death of Eddie Guerrero. But not Vince: “Quite frankly” (nice qualifier, that!), “we had begun developing the policy prior to Eddie’s untimely demise.”

You can always tell Vince is on a roll when he starts firing off those “notwithstandings”: “Let’s face it, as a good businessman, I don’t want talent that isn’t well. They can’t perform. They can’t perform at their highest level, and they won’t be with us. So, obviously, I want talent to be healthy. Notwithstanding the fact that I am a human being and want other human beings to be healthy …” 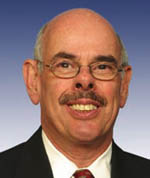 Reminded that sportswriting legend Frank Deford did a National Public Radio commentary on Meltzer’s study of wrestling deaths, McMahon says Deford “has no sense of humor.” This is one of the ultimate Vince insults; he said the same thing about the World Wildlife Fund when the original WWF went to court to force the squatting WWF to change its name to WWE.

On Deford, McMahon tells of a time he went bowling with his fellow Connecticut resident, who got upset at him because “I borrowed one of his shoes and he never found it.” Even McDevitt allows, “I never heard that one.”

When McMahon is asked about the death list in a book entitled Wrestling Babylon, McDevitt interjects, “I think that’s the one he had a couple of people on the list twice.” I don’t know what you’re talking about, Jerry, but thanks for the plug!

Needless to say, the underlying facts of the Congressional investigation are not funny. Lives could be saved if WWE took responsibility for its leadership of what, at the top, is an enormously profitable industry, and for some proportionality between entertainment and human values.

But Congressman Waxman and his people didn’t have the stamina for a no-DQ tilt with the McMahon-McDevitt tag team. They’ve moved on to material with more immediate political gratification. That means an opportunity has been lost, and the death lists will continue to grow.