There are no doubt as many people turned off by the constant shilling of Behind Enemy Lines III: Colombia by star Ken Kennedy on WWE TV as there are people turned on by the promised guns and violence on the direct-to-DVD release coming out this week.

It makes no bones about who the film is aiming for. 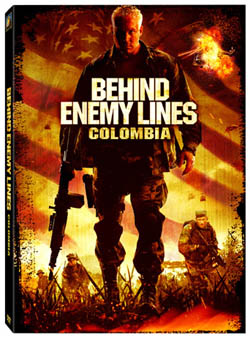 He may get second billing, but Mr. Kennedy is on the DVD cover.

“If you like guns, explosions, and knife fights… you’ll love this movie!” writes the star, Joe Manganiello, in his blog on his MySpace site.

In a conversation back shortly after filming concluded, Kennedy talked with SLAM! Wrestling about the movie.

The Behind Enemy Lines series “already has a pretty well-established fan following,” he said. “The second DVD, which I wasn’t even aware existed until they sent me the script for the third one, apparently the second one cleaned up in the DVD rentals and sales. Hopefully we get that audience as well as the loyal, die-hard WWE audience.”

Manganiello stars as Lt. Sean Macklin, who leads a squad of Navy SEALs including Kennedy’s Chief Carter Holt character, on a recon mission into Colombia. Things go horrifically wrong when the squad, investigating the drug trade, see something they are not supposed to. 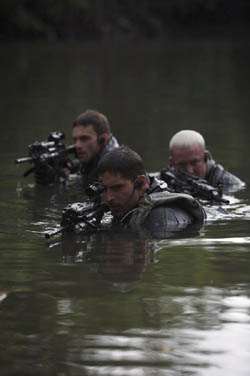 The Navy SEALs prove they are as comfortable on land as water.

The first Behind Enemy Lines film came out in theatres in 2001, was based in war-torn Bosnia, and starred Owen Wilson and Gene Hackman. The second, which went straight to DVD in 2006, was titled Behind Enemy Lines II: Axis of Evil, and starred Nicholas Gonzalez. This time, the Navy SEALs find themselves in trouble in North Korea.

The third installment, a partnership between WWE Films and Fox Filmed Entertainment, was codenamed Behind Enemy Lines: Ghost Watch during filming in Puerto Rico locations such as Río Grande, Ceiba, and Loíza. Tim Matheson, who has had roles as varied as Otter in Animal House to Vice-President John Hoynes on NBC’s The West Wing, directed the film and has a small role in it. Others in the movie include Keith David (who was in Roddy Piper’s They Live too), Channon Roe, Yancey Arias, Jennice Fuentes and Chris Johnson. 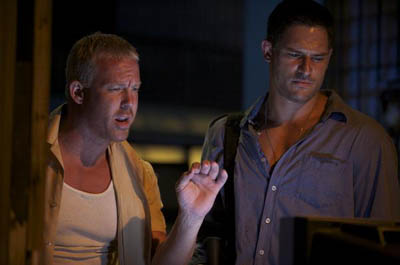 “It’s a good action flick, and I think everybody will enjoy it,” promised Kennedy, who hasn’t ruled out more acting down the road.

“I honestly would like to do a lot more acting, but I have so many things that I have yet to do in this business that I’m not ready to take a back seat as far as the wrestling goes. I haven’t become world champion, I haven’t main evented WrestleMania — those are things that I set out to do and I’d like to accomplish those things before I retire out of this business. But it’s nice to have something else to fall back on. Hopefully, the fans and the people in Hollywood will see that there’s something more that I can offer to the world of entertainment other than just taking back drops and chokeslams and clotheslines every week. It was a fun experience, it really was. I look forward to doing very more.”

Behind Enemy Lines III: Colombia comes out January 6, 2009 on DVD and Blu-ray, and features oodles of bonus material. There is audio commentary from the director, and actors Joe Manganiello and Ken Kennedy. A special two-disc set is being released as well, featuring the original Behind Enemy Lines film.